The incident occurred near the corner of Candler and McAfee roads, according to DeKalb Police. 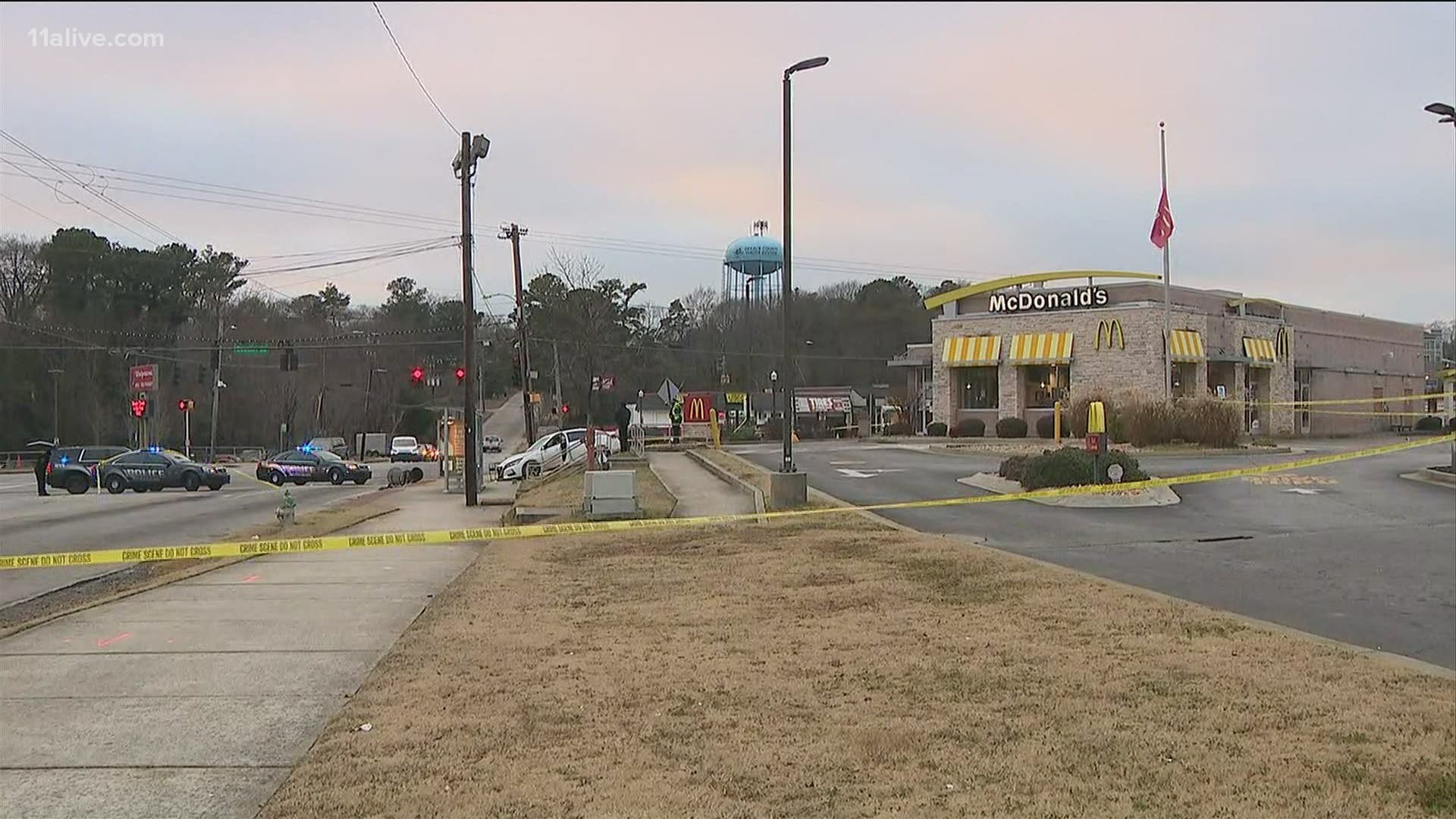 DEKALB COUNTY, Ga. — DeKalb County Police said they are working on a homicide that occurred outside of a McDonald's restaurant at intersection of Candler and McAfee roads late Tuesday afternoon.

According to police, one person was killed.

Initially, police also said they were trying to determine if a second person, who took themselves to the hospital, where shot at the scene.

However, later in the evening, they said the victim was the only one who had been shot.

"He was in the drive-thru in his vehicle when the shooting occurred," DeKalb Police said. "No suspects have been arrested."

Police added that the was victim is in his 20s.

If anyone has any information about the case, they are asked to call the homicide assault unit at 770-724-7850.