The child is expected to survive, officials said. 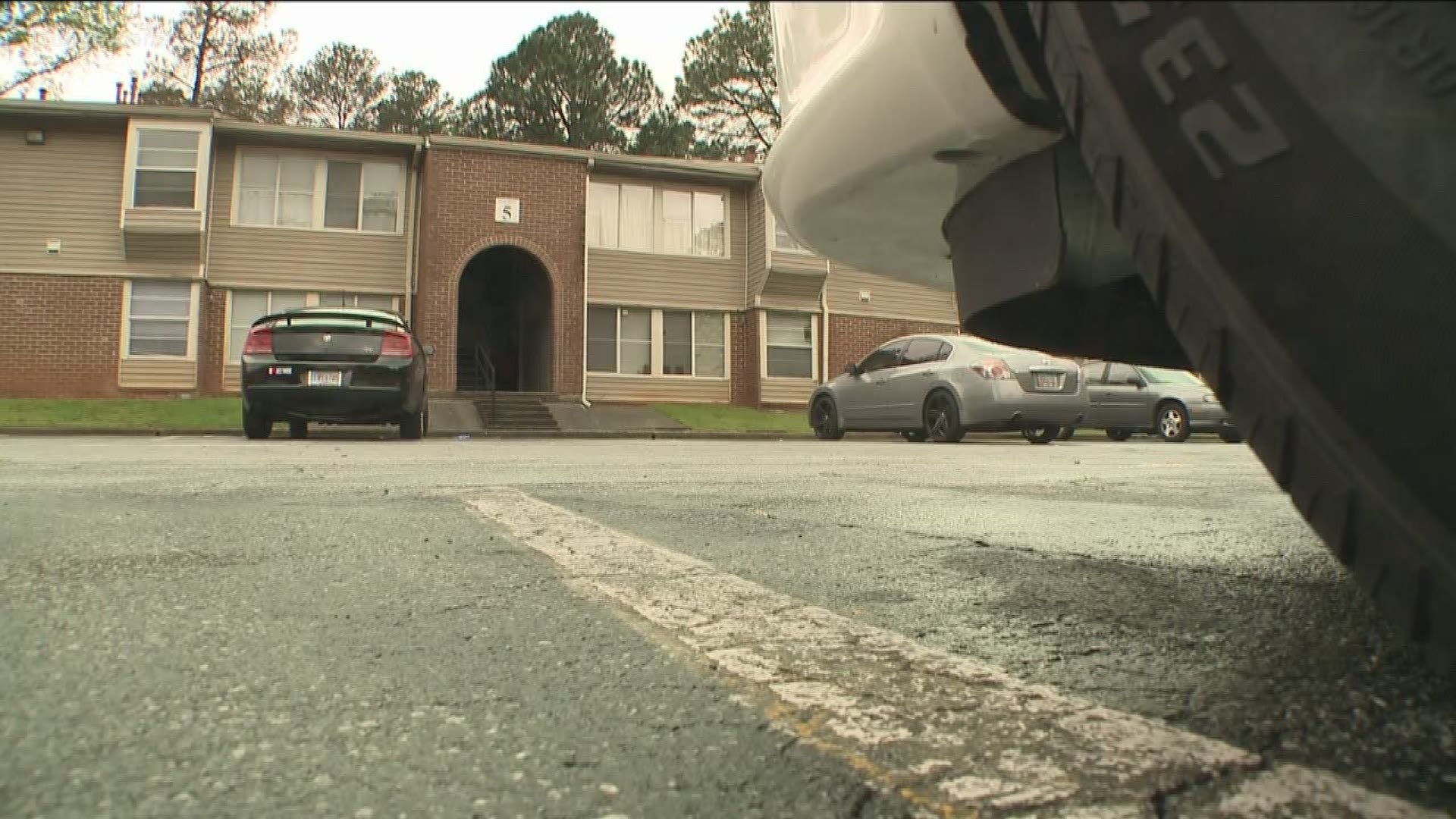 SOUTH FULTON, Ga. -- A 1-year-old child was hurt in a triple shooting that happened early Friday morning at a South Fulton apartment complex, the city confirmed.

Police responded to the Hickory Park Apartments on Delano Road around midnight and found three people shot, including the child. It happened after a verbal argument escalated into gunfire in the parking lot, according to a witness to the altercation.

The witness, a mother of three who requested anonymity, said one of the bullets penetrated her apartment and lodged into a kitchen wall. She's lived there for about 8 years.

"We couldn’t do nothing but get down. And my children normally would have been asleep. But they were awake," she said.

Bullet holes were visible in her living room and kitchen. She described the midnight shooting as drama that escalated into gunfire - more gunshots than she could count.

"Something told me that, OK, this stuff right here leads to people dying and all that and next thing you know, after a while, there was a bunch of shooting," she said.

The mother said the emotional trauma led her to keep her kids home from school as they try to regain their bearings after a restless night of violence.

"If you want to be in drama and all that but you need to worry about our purpose in life and the blessing that we have," she said. "Yet, it's hard out here."

The people involved were arguing over a burglary that took place in the complex, according to police. It is unclear how many people were involved.

The three people who were shot were brought to local hospitals and their injuries are non-life threatening, the city of South Fulton said in a release.

1 / 7
WXIA
A 1-year-old child and two other people were shot after a verbal argument escalated into gunfire at the Hickory Park Apartments in South Fulton.

The mother 11Alive spoke with said random violence is a lot more commonplace in the area than anyone living in the area would like.

South Fulton’s Criminal Investigation Division (CID) is pursuing leads in this case and the investigation is ongoing. Anyone with information is asked to contact South Fulton Police or call Crime Stoppers Greater Atlanta at 404-577-8477 (TIPS).