13 teens arrested after burglary, chase during protests in Athens

While civil disturbances were ongoing, officers were notified of a burglary in process at the Academy Sports + Outdoors off Atlanta Highway. 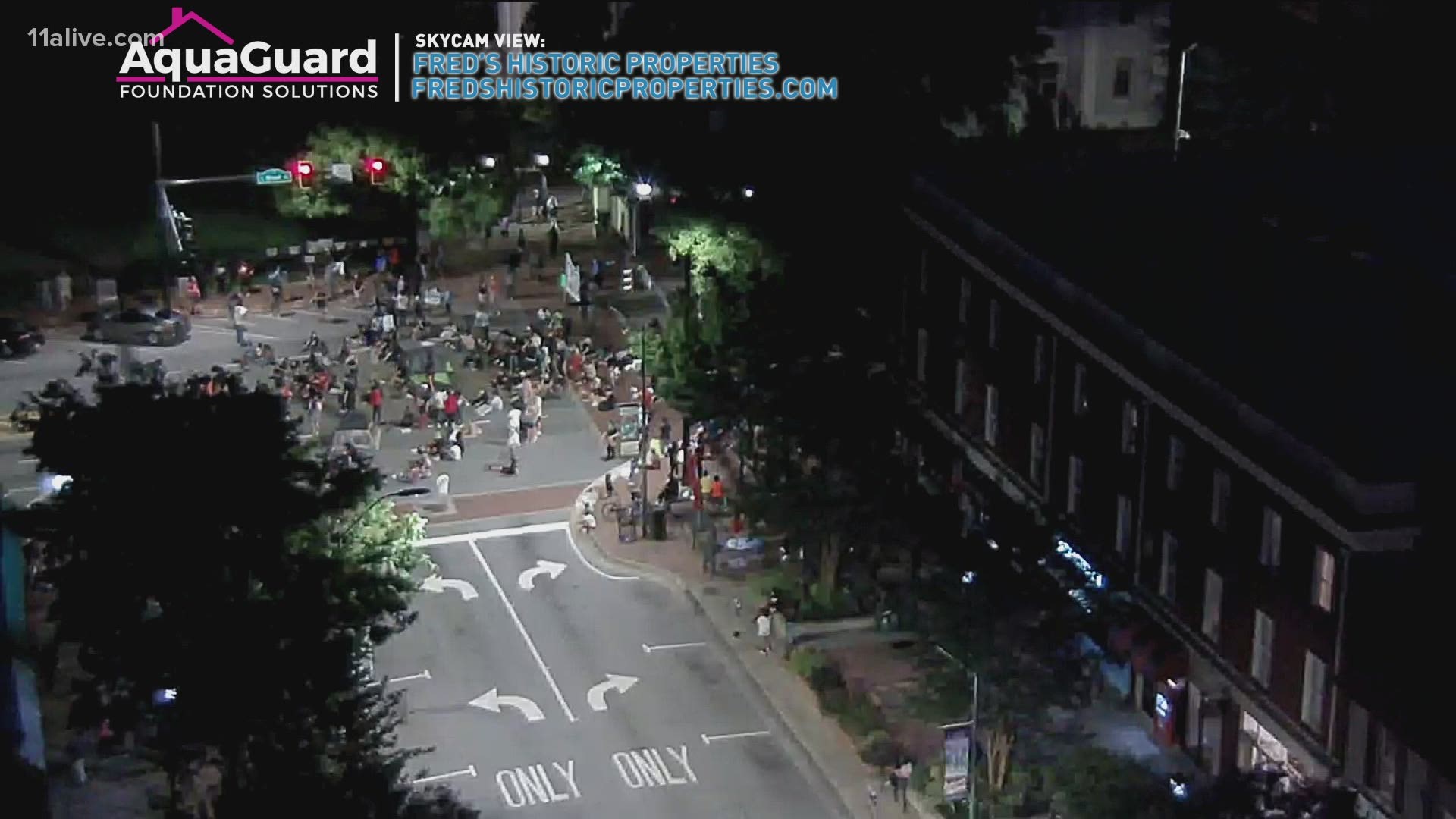 ATHENS, Ga. — During protests on Sunday, the Athens-Clarke County Police Department said they were ready for any civil disturbances within the downtown district.

While mitigating the potential for harm to people and property in the district, ACCPD said they received warnings that burglaries may occur at several stores throughout the county.

"These burglaries were to occur given the erroneous assumption that most of the police department’s resources and personnel would be unavailable to address crimes in progress as officers would be actively assisting in the downtown district," the department said in a media release.

At 12:42 a.m., while civil disturbances were ongoing, officers said they were notified of a burglary in process at the Academy Sports + Outdoors off Atlanta Highway.

They said officers were able to quickly disrupt the burglary in progress and saw suspects leaving the store in a silver car traveling at a high rate of speed.

While officers attempted to find the fleeing car, an additional responding officer observed the vehicle wrecked -- along with several suspects running into a wooded area adjacent to Timothy Road, they said.

After a brief search of the woods, officers were able to locate and arrest 13 suspects. Those identified are all 17 and 18-year-old males, including Omarion Bell, Adrian Johnson, Jaiquez Smith, Ethan Palmer, Scotty Randolph, Jonathan Edwards, Omar Lester, Anthony Thompson, Christian Flores, Douglas Clark and Michael Stephens. Two have not been identified.

All suspects were transported to the Clarke County Jail and booked on charges of burglary, fleeing and attempting to elude, and damage to property.

US cities erupt in more violence amid threats from Trump