14 shot in 48 hours in suspected gang violence in Atlanta 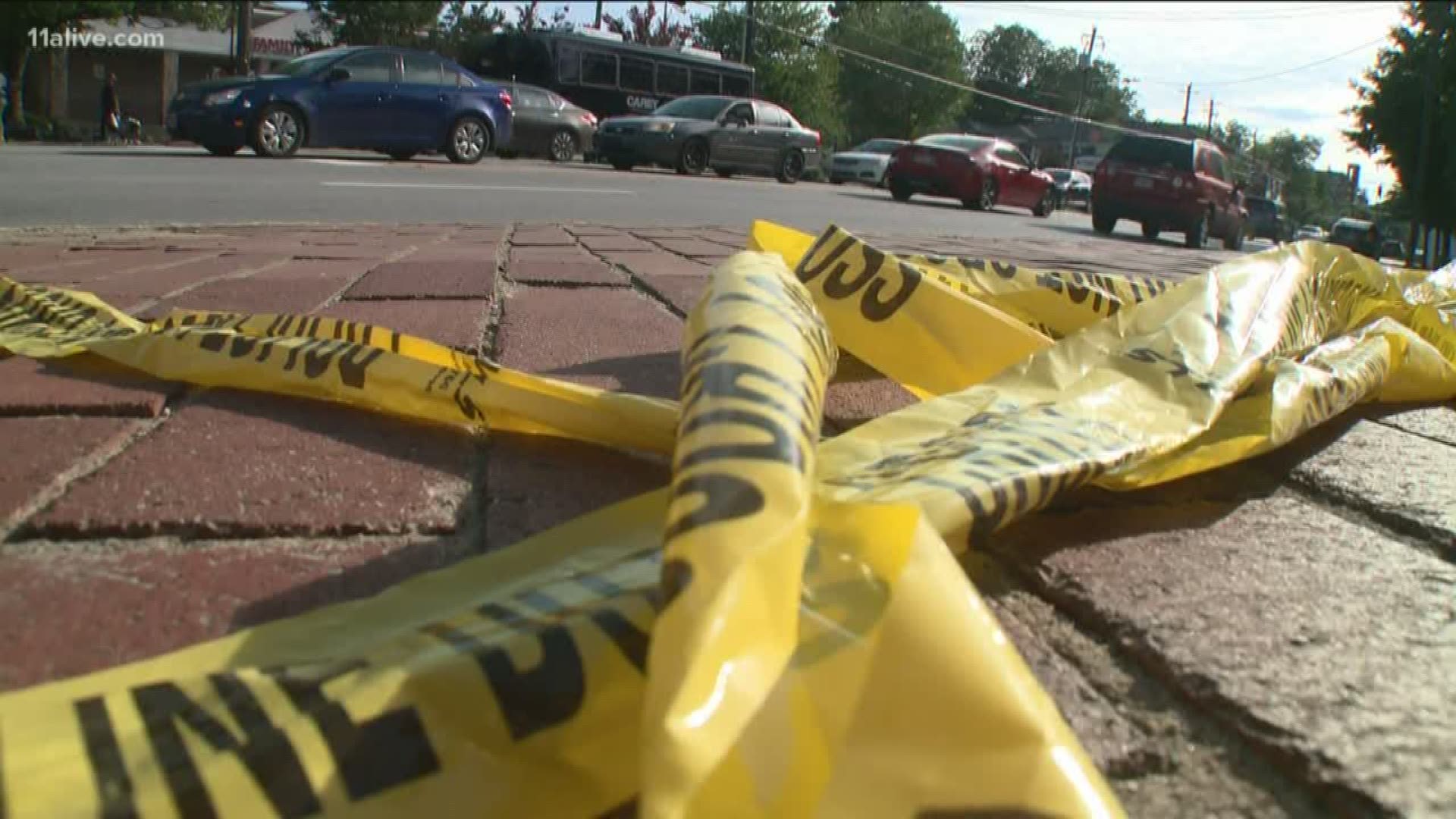 ATLANTA — Two separate shooting scenes in two separate parts of Atlanta. Two days apart. Each with seven shooting victims. According to Atlanta Police, both shootings are believed to be gang-related.

Investigators said the two shootings are not connected. However, state officials said gang violence is at a crisis level in Georgia.

In the first shooting, which took place early Thursday morning in Atlanta's Old Fourth Ward area, investigators said several dozen shots were fired from two cars at a group of people standing in the 600 block of Parkway Drive, N.E.

According to police investigators, five men and one woman initially appeared to be targeted in the shooting. They later discovered that a seventh victim transported themselves to the hospital.

"Several of them are known, documented gang members," said Atlanta Police Major Michael O'Connor. "They were out there in the very early morning hours."

"The neighborhood itself, you know, it's somewhat challenged - this particular series of apartment complexes that stretches for a while," O'Connor said. "That's been the case since I've joined the police department. The entire time I've been here it's been something of a drug market over there."

He said it is not a new problem in that neighborhood, which is only a few blocks from the revitalized Ponce City Market area and the BeltLine.

"As we pick one person off, somebody else fills that spot," O'Connor said. "So we continue to work on it diligently. It's an ongoing effort; it has been for decades now."

Police said they have several significant leads in the case. They are looking for multiple suspects and are searching for one silver car and one other dark-colored car.

The second shooting took place in the Mechanicsville neighborhood of Southwest Atlanta late Friday night in the 700 block of Ira Street, S.W. at about 11:15 p.m.

White said that seven people were hit by gunfire when, according to witnesses, a black SUV and a black sedan drove into the location and began firing into a group of people. He said that four vehicles were also damaged by gunfire.

The shooting victims took themselves to hospitals for treatment, according to White.

In April, Georgia Gov. Brian Kemp launched a gang task force, with the goal of reducing what state officials are calling a crisis.

"Nearly every county in Georgia has reported gang activity," Kemp said. "I've made my position clear when it comes to street gangs and drug cartels. It is a serious issue in our state. One we cannot afford to ignore."

Kemp said there are about 71,000 gang members in the state of Georgia.

"Most crimes are gang-related, specifically violent crimes - the aggravated assaults, the drive-by shootings, the murders," according to Jaret Usher, the former Cobb County prosecutor who is leading the task force.

"When you look further into why these are happening and the motivation behind them and the evidence that comes out, the statistics do back up that they are gang-motivated and gang-related."

Usher is working with the Georgia Bureau of Investigation to investigate and prosecute gang activity.

GBI Director Vic Reynolds said he has worked with Usher in the past, while in his prior role as Cobb County District Attorney.

In the past, Reynolds said he has seen law enforcement agencies "step over" gang cases.

"What would happen previously - and we even did this in Cobb for a number of years before we made a conscious decision not to do it - is that a homicide investigation would be pursued and ultimately a murder charge may be filed against an individual," Reynolds said. "However, if it was gang-motivated, sometimes the gang portion would not be pursued, just simply because the homicide charge being as serious as it is."

Reynolds and Usher said they have already had a couple of areas around the state reach out to them requesting help with gang activity.