'I heard a "bang." I saw the flash go off. I heard her fall. I immediately knew.'

Stacy Ahmed said she had no idea that her daughter 'was dealing with domestic violence under my thumb.' 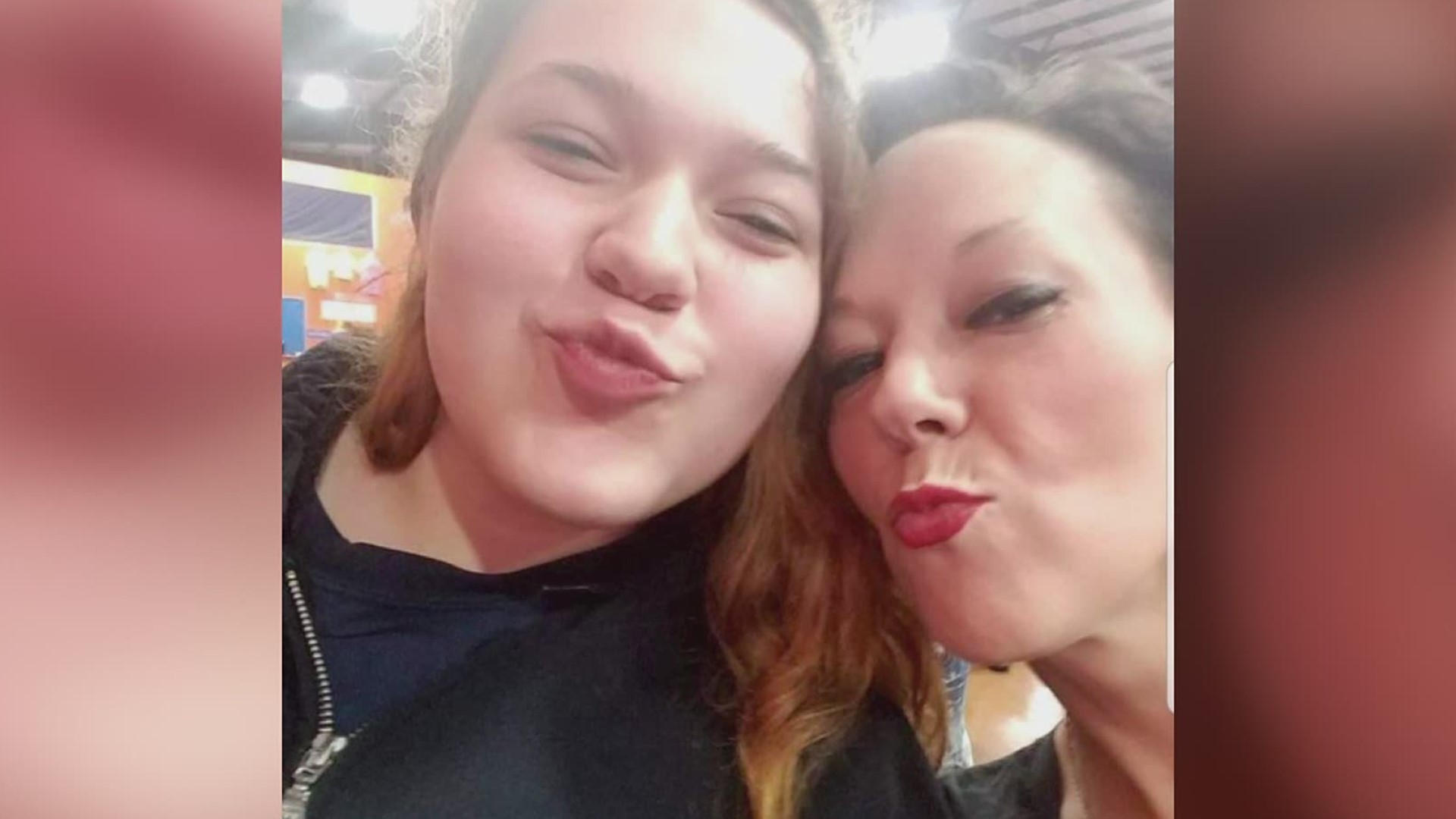 CLAYTON COUNTY, Ga. — A 19-year-old mother was laid to rest on Wednesday after a domestic violence attack that also put her mom and 4-year-old son in the hospital.

Shyann Harvey was shot and killed last week by a man police said she had a previous relationship with.

Recovering from her own injuries, Stacy Ahmed, Shyann's mother, said she never knew anything was wrong. She told 11Alive she thought her daughter had broken up with Karl Jordan weeks ago and that it was over.

She was surprised to find him at their home last week, but said her daughter and grandson seemed to be fine.

"I'm actually in her room right now. This is my little girl. She still liked stuffed animals," she told 11Alive during a video interview Wednesday, pointing out the decor before adding, "It absolutely hurts to breathe right now."

Ahmed describing how Harvey loved animals and had just started her dream job as a veterinary technician a few months back.

"She most certainly had a presence like no other I've ever seen," Ahmed said. "She took the crowd in when she walked in the room. My baby girl."

She explained how she and "Shy," as Ahmed called her, were close, and she felt confident she knew everything about her daughter.

But she said her daughter never told her that Karl Johnson had allegedly been stalking her since they broke up. Ahmed said Harvey told her friends that he had been abusive and scared her.

RELATED: Child among those hurt in triple shooting in Clayton County

Stacy didn't know he brought a gun into their home last Wednesday.

"I heard a 'bang.' I saw the flash go off in her bedroom," she said. "I knew. I heard her fall. She didn't cry, she didn't scream. I immediately knew."

She explained how she ran to her daughter's room and scooped up her 4-year-old grandson to help him get away.

According to a police report, Johnson shot 4-year-old Jax in the shoulder and shot Ahmed in the hip. But she said it didn't stop her from protecting her grandson.

She said Johnson tried to shoot her again, but the gun was out of bullets.

Police said that from there, Johnson carjacked another woman and shot her in the head outside a Waffle House down the street, just across the Henry County line.

While US Marshalls arrested Johnson, Ahmed and her grandson were rushed to the hospital. Her daughter died hours later.

Ahmed told 11Aive she was having nightmares about her daughter dying alone - until she got a message from Clayton County Police Officer Theo Williams. He told her he was with Harvey until the very end.

"He was the first on the scene. He held my baby's hand and prayed over her until EMS got here, and he's my hero," Ahmed said. He's my hero."

She said she will never be able to thank Officer Williams enough for all of the comfort he brought to their family during her daughter's final moments.

But, Harvey's death could be part of a wider, more disturbing pattern of domestic violence trending up in the US. A new study from Boston's Brigham and Women's Hospital reports intimate partner violence has surged since COVID-19 forced lockdowns across the United States. Domestic violence hotlines also reported a surge in calls for help and assistance.

Stacy said she wishes her daughter could have gotten help sooner.

"No matter how close you think you are to your daughter - God love it - I just had no idea that mine was dealing with domestic violence under my thumb," she said.

Harvey was laid to rest on Wednesday. Meanwhile, her family is trying to raise money to support her 4-year-old son.