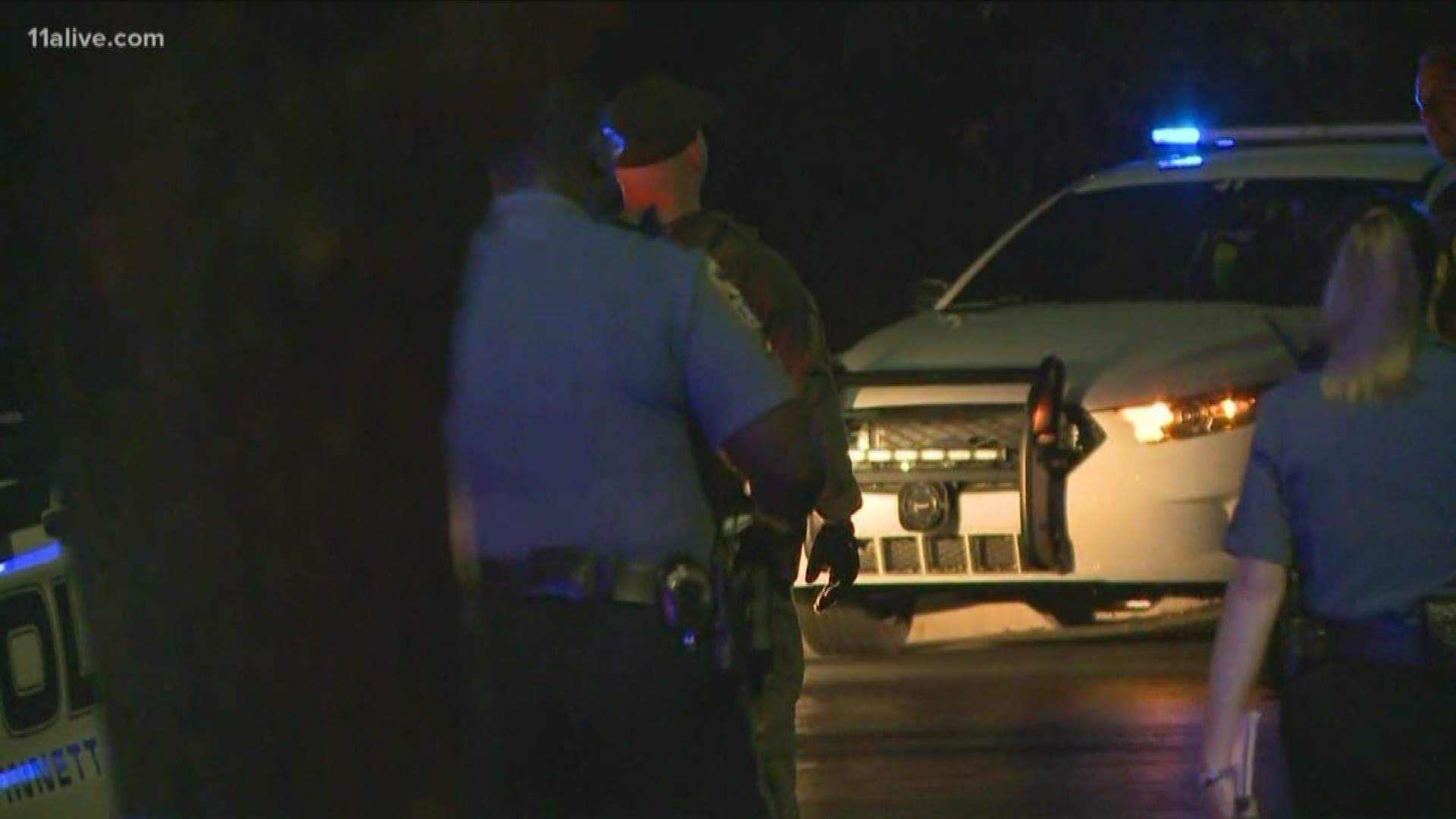 GWINNETT COUNTY, Ga. — Gwinnett Police are investigating a man found shot to death at an extended-stay hotel outside of Duluth.

According to a statement from the department, officers were called to 3720 Steve Reynolds Blvd., the InTown Suites, on Thursday evening to reports of a body found in a room on the third floor of the hotel. Witnesses said they heard gunshots and rushed to the room to help the victim.

When police arrived they found a Hispanic man, identified as 31-year-old Ivan Pastor-Vital, of Doraville, shot multiple times in the room and later reviewed video that showed suspects allegedly leaving the room at some point afterward.

RELATED: Woman dies chasing hit-and-run driver who crashed into her

Authorities said that homicide detectives were soon called to the hotel and several officers were sent out searching for additional evidence and the two suspects - a Hispanic man and a woman - who were seen leaving the scene with two young children.

Police said Friday that the identities of the man and woman have been obtained by the lead detective and their level of involvement in the shooting is still undetermined.

"One of those children in the surveillance video appears to be nude," Pihera said. "As if she was getting ready for bed or just got out of the bathtub."

Pihera said the man and woman also left the room with several personal items. Investigators were at the scene are in contact with K-9 units searching nearby woods to see if they find any of those items in the surrounding area.

However, Pihera said they don't believe the children in the case were kidnapped. She said Thursday that police believe it's "very likely" the woman they were searching for is the mother of both children.

Aside from that, police have at least one other clue at the hotel - a name.

"We do know who the room is registered to, so our detectives are working to track down that person to see if that's the person in the surveillance video," Pihera said.

The location of the hotel where the crime allegedly happened in a busy part of Gwinnett not far from busy I-85. The suspects were last seen escaping down Club Drive on foot.

Though the body was still in the room due to the investigation, Pihera said the body would be taken to the medical examiner for further examination.

Anyone with information about the crime or the two suspects is being urged to contact Gwinnett Police or call Crime Stoppers.