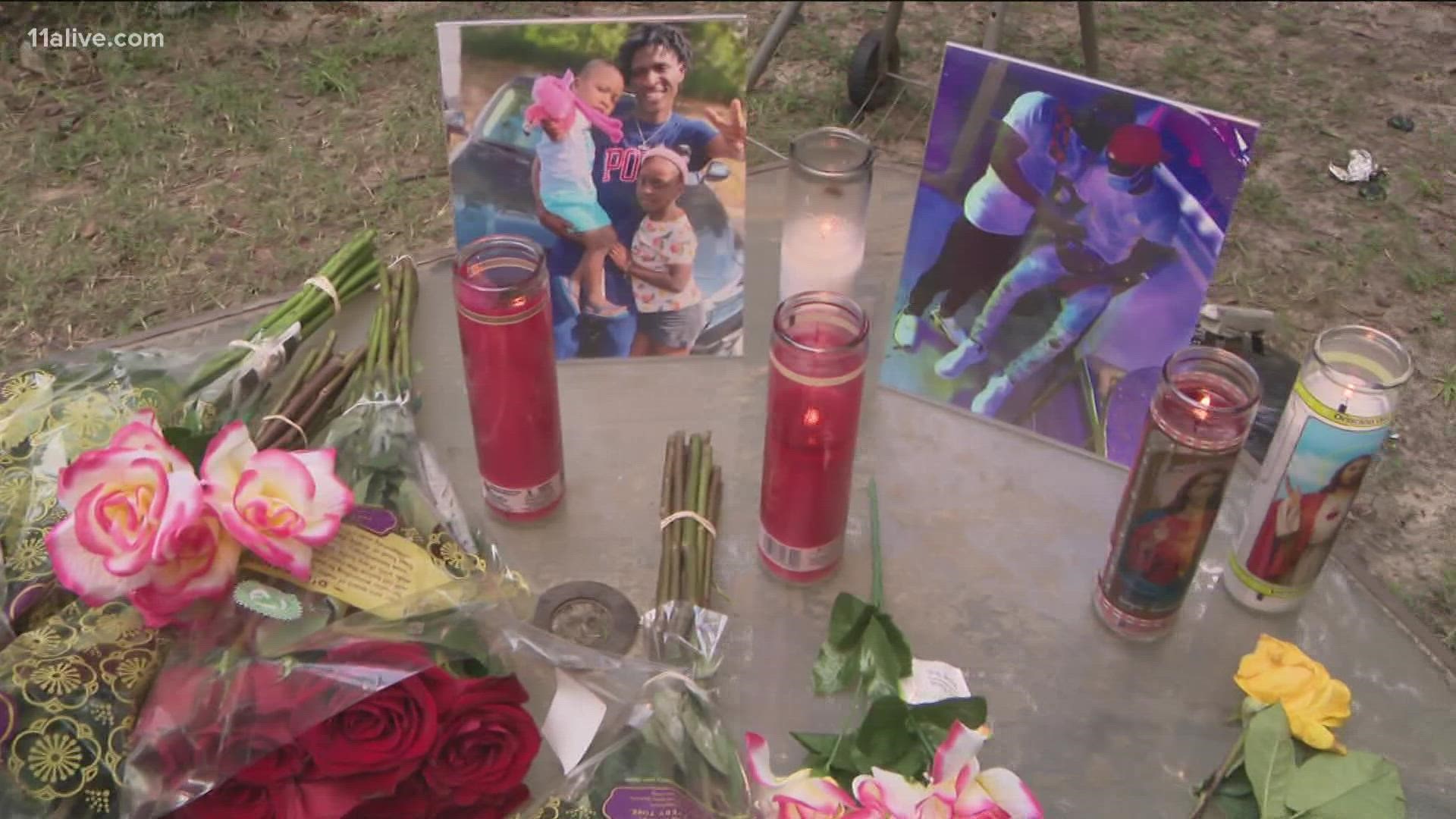 ATLANTA — Three days after Robert Bankston Jr. and Cedrika Smith were found shot to death in their car on Sells Avenue, lit candles and flowers still sit alongside pictures of the two victims at a memorial in their front yard directly across the street from where they died.

"I didn't want it to be dead. I wanted to visit him at the hospital so they can recover and come home instead of saying goodbye," said Robert's fiancee, Tishonda Brown.

Brown says they celebrated her birthday on Friday before the shooting happened, and Roberts borrowed her car from her house in Edgewood to bring his sister, Cedrika, and her boyfriend home to Sells Avenue.

Brown says two hours later, Robert's cousin called her on the phone and told her she needed to get over to that house right away.

"When I pull up and see my car against the rail, and I see my door was open...I see his leg, so I know it's him," said Brown.

Atlanta Police say Cedrika's boyfriend was arrested and is facing charges of murder and possession of a weapon by a convicted felon.

Brown says they are glad he's locked up, but now they want to know why this happened. She says they will be there every step of the way, seeking justice for their loved ones.

Friends of Robert and Cedrika say they are hosting a fish fry Monday night at 5:30 p.m. on Sells Avenue and every night after to raise money for their funerals. There is also a Go Fund Me account set up to help as well.