21 Savage | Despite shooting, there was 'a lot of love' at Zone 6 community event

One man was shot in the leg Saturday night at Coan Park. 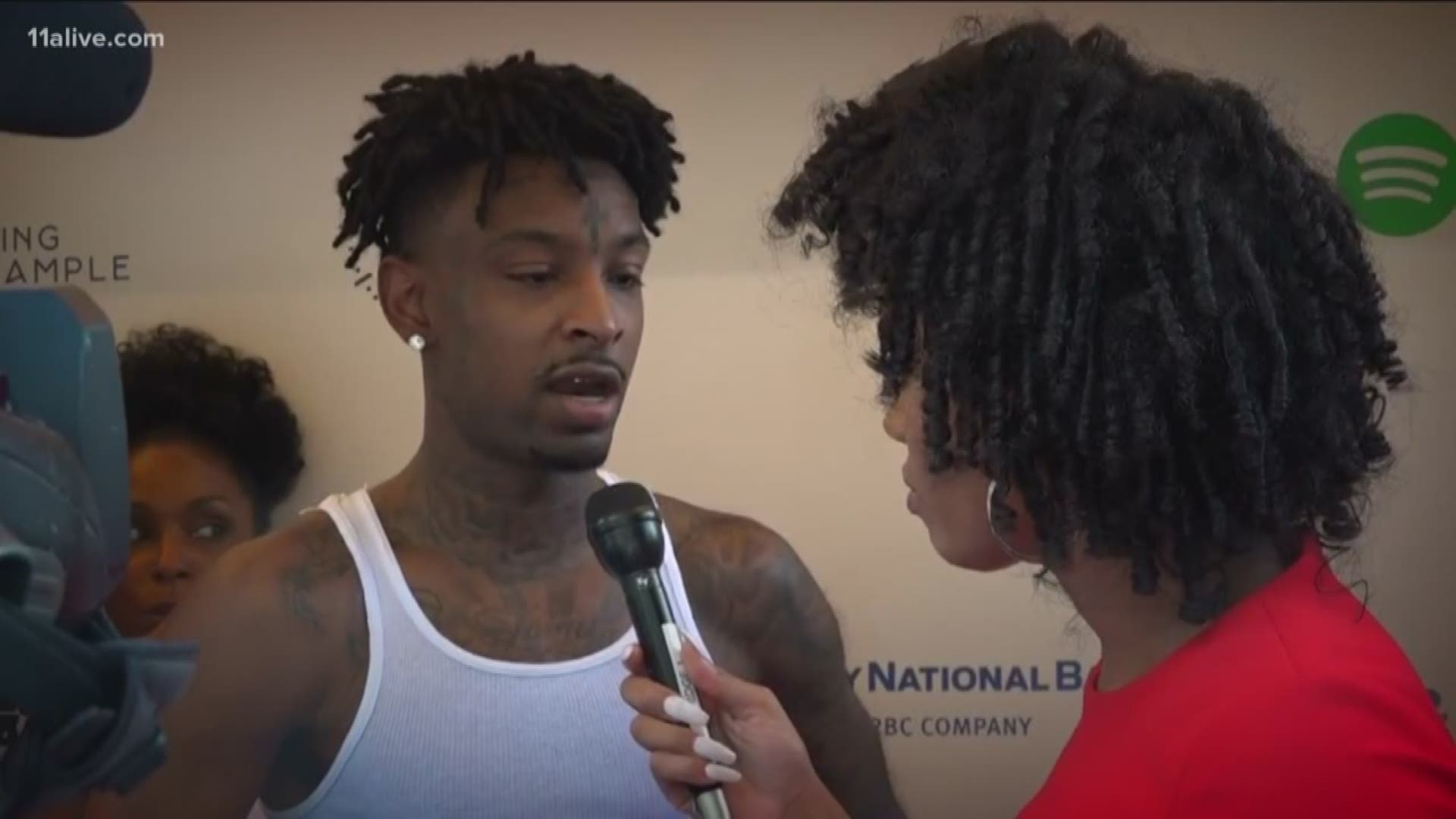 ATLANTA -- Rapper 21 Savage said a community event he attended Saturday night that resulted in one man being shot in the leg was "good and positive for the most part."

"There was a lot of love" at the Zone 6 event at Coan Park, the rapper said Sunday night. "Unfortunately, situations happen," he said. "They happen all over the world."

One person was arrested after the shooting, which happened around 8 pm as the event was letting out.

Santonio Foster was detained on an outstanding warrant and charged him with possession of a firearm by a convicted felon. Foster has not been named as the shooter.

More than 1,000 people attended the event, which police said was originally estimated for about 300. However, police said they expected the larger group, and had already deployed additional manpower. Officers at the park requested additional units after the shooting occurred.

They found the 23-year-old victim in the park at the recreation center.

According to John Chafee of APD, police noticed a black Mustang leaving the area after they heard the shots. Right before they were able to conduct a traffic stop, a passenger got out of the vehicle. They are still trying to locate that person.

21 Savage was one of several rappers who made appearances at Saturday's event. His spokesperson said the performer played a round of basketball with several kids, and also had his cell phone stolen.