2KBABY's manager issued a statement on his behalf and released a photo of his friend recovering in a local hospital. 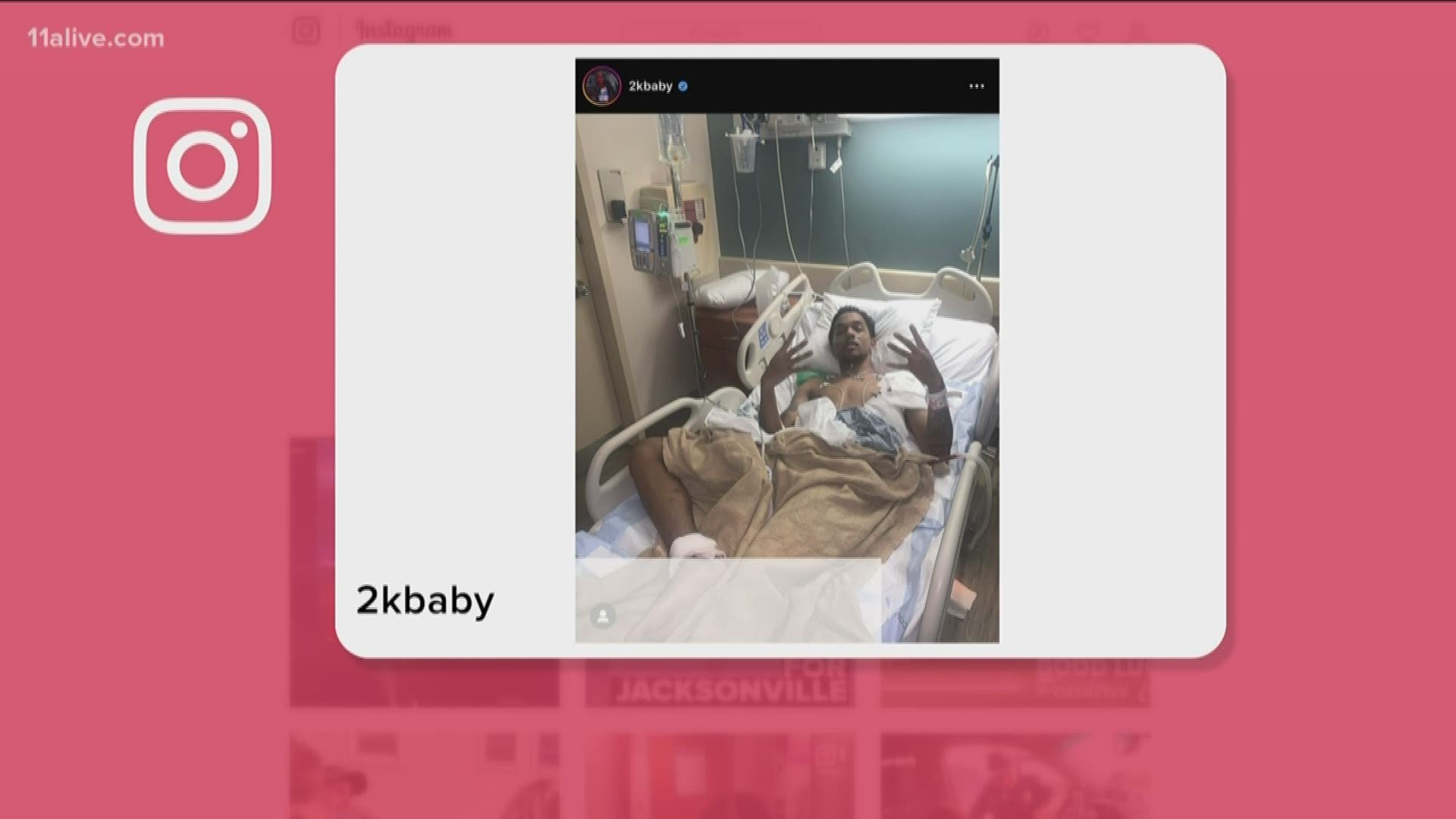 ATLANTA — A GBI statement has revealed new details about a Lenox Square Mall officer-involved shooting. Now, a Louisville, Kentucky rapper says he was with his friend when the officer shot him.

Authorities have confirmed that a 21-year-old shot by police was apparently trying to stop a man who robbed his friend, now believed to be up-and-coming rapper 2KBABY.

The GBI has identified the man who was shot by police as Christian Edlin who is in the hospital but is facing charges because investigators said he had a gun pointed at the thief and refused an officer's command to drop the weapon.

2KBABY says he was standing with Edlin when police shot him.

The rapper's manager shared a statement with 11Alive that explains what 2KBABY claims happened.

Credit: Provided
2KBaby and his manager shared a photo of Edlin recovering in the hospital as he made a symbol representing "Riders 4 Life" a group his manager stressed is not a gang.

"He was a victim of someone that asked to take a picture with him and then snatched his chain and they chased him," he said. "And when they got to him, asking for it back a cop came outside and just shot hitting his friend 'my brother' who did nothing wrong but be the victim."

While police haven't named 2KBABY as the other man who confronted the alleged robber, his manager did say the rapper was there and that they were both armed - but for protection only.

At this point, only Edlin and Williams are facing charges - 2KBABY is not.

The GBI has since taken over the investigation of the Lenox Square Mall officer-involved shooting after the Atlanta police officer shot Edlin in the parking deck on Saturday night.

Investigators said Atlanta Police were responding to a "shots fired" call. Police said that, when the officer got to the scene, he found two people, Edlin and another person who hasn't officially been named, pointing guns at Williams.

Investigators said officers told the men to put down their weapons but that Edlin didn't. That's why, according to APD, the officer shot him.

Edlin now faces charges including aggravated assault and carrying a pistol without a license. Meanwhile, Williams is facing a robbery by snatching charge, and also a charge of giving a false name and birthday.