In a third incident, which police say is unrelated, an officer reported a brick thrown at his patrol car outside his home. 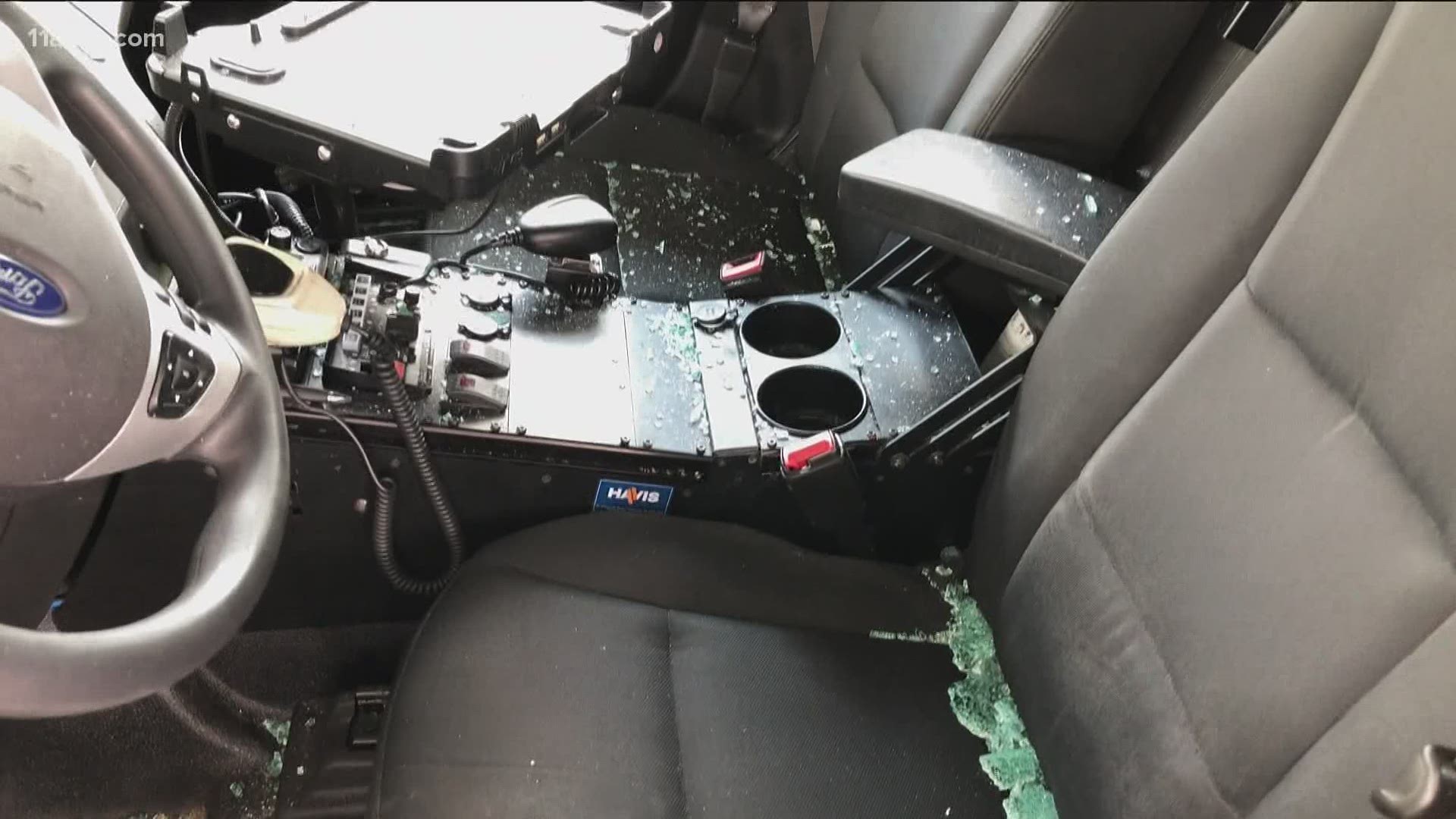 GWINNETT COUNTY, Ga. — Three people are in custody after two police cars at two different homes were reportedly targeted in Gwinnett County. A third patrol car had windows smashed out in an unrelated incident.

On Tuesday between 10 p.m. and midnight, police say the patrol cars were struck with Molotov cocktails at the homes of two Gwinnett County Police officers in Duluth and Lawrenceville.

A caller to 911 said the GCPD patrol car was on fire near Duluth. When firefighters arrived, the fire was already extinguished. Witnesses reported seeing three black males running from the scene.

In the second incident, a caller told 911 that someone tried to set a patrol car on fire at the officer's home in unincorporated Lawrenceville. Witnesses said they saw a dark-colored car leaving the area. A fire started on the ground behind the car and the car had two dents on it.

After the first two incidents, police provided information to other agencies. Lawrenceville Police said they found one of the suspect's vehicles and arrested Alvin Joseph, a 21-year-old from Lawrenceville. Alvin’s passenger, Lakaila Mack, a 20-year-old from Dacula, was taken to GCPD headquarters for questioning. Following her interview, she was placed under arrest, police said.

With the help of the Gwinnett County Fire Department Arson Unit, and the Bureau of Alcohol, Tobacco, Firearms, and Explosives (ATF), authorities were able to track down 21-year-old Ebuka Chike-Morah, of Duluth, and his vehicle.

Both vehicles linked to the event were recovered. A search warrant was issued on both cars. A search of one of the vehicles revealed accelerant related to the crimes, authorities said.

All three suspects are being held without bond at the Gwinnett County Jail.

Mack and Chike-Morah are both charged with two counts each of first degree arson, possession and manufacturing a destructive device, criminal trespass, possession of tools for the commission of a crime and interference with government property.

In a third incident, which police say is unrelated to the arrests and the prior incidents, an officer found his patrol car windshield and driver's side window smashed early Wednesday morning at his home in near Lawrenceville.