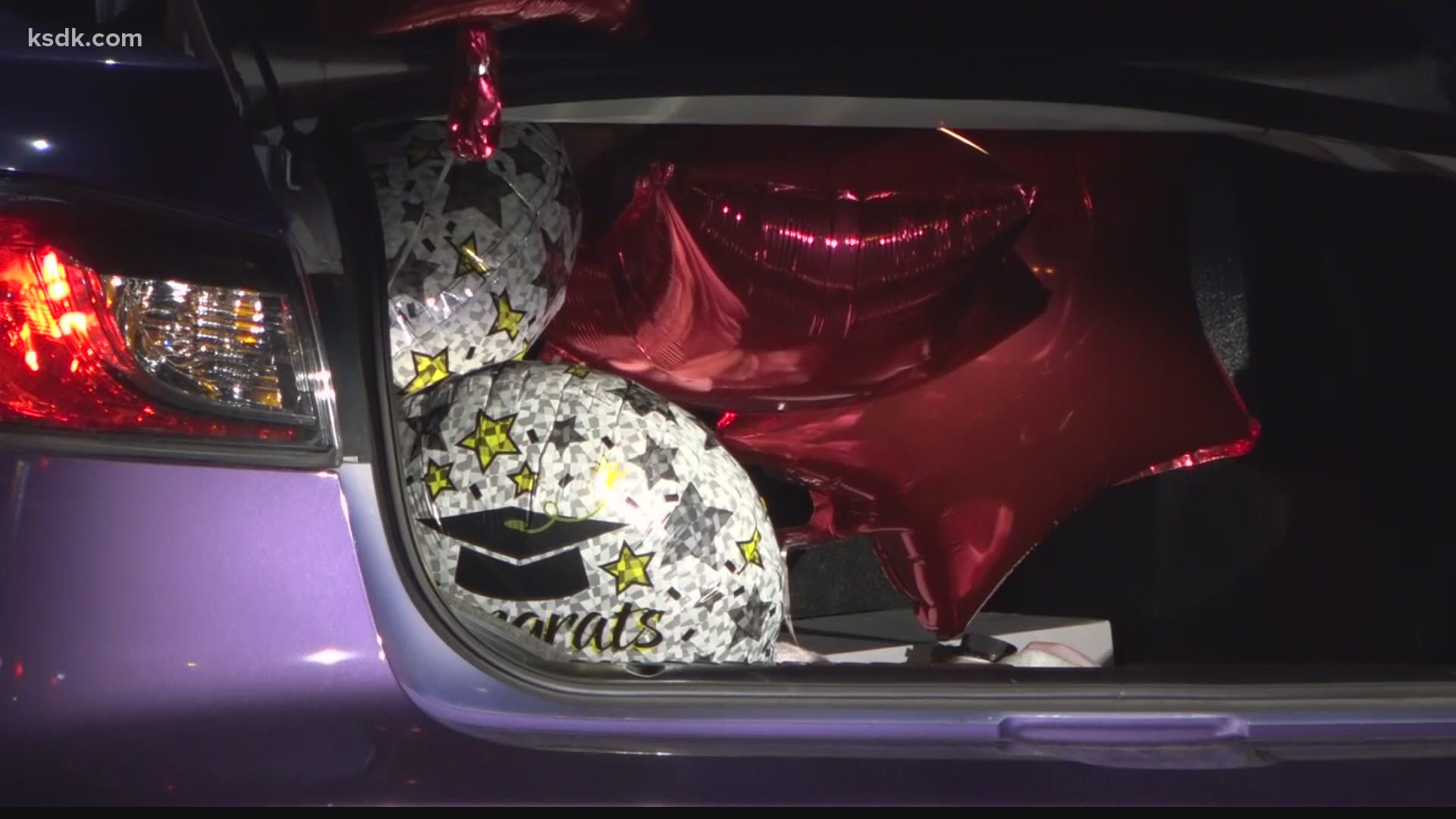 The shooting happened just after 1 a.m. near the 1200 block of Josephine Baker Boulevard. Police believe shots were fired after several unknown parties in the neighborhood got into an argument.

A 14-year-old girl was in her bedroom on the 3300 block of Martin Luther King Drive when a bullet struck her through her window, police said. She was shot in the arm. A woman at the scene told 5 On Your Side she is the 14-year-old's grandmother and the girl is expected to be OK. A 40-year-old woman in the home was uninjured.

While police were investigating, they learned that a 16-year-old boy arrived at a hospital with a gunshot wound to the leg. Police believe he was in the street when he was shot.

Multiple bullets struck another home, where a 17-year-old girl was grazed in the hand. She refused medical treatment. Three other teens in the home, ages 17, 15 and 19, were uninjured.

At the scene on Martin Luther King Drive, police were investigating a car with a trunk full of graduation balloons, though it was unclear what role it may have played in the shooting.

This is the second time in two days that children have been shot in St. Louis. On Wednesday night, a suspect fired several shots into her car filled with five children, striking a 3-year-old in the leg. He is expected to be OK.

Police said the shooting happened as a woman was parked at Evans Avenue and Whittier Street delivering groceries to a family member.

So far this year, more than 30 children and teenagers under the age of 17 have been shot in the city. Ten of the victims died.

If you have been a victim of a crime or know someone who has been, 5 On Your Side has compiled a list of resources.

Better Family Life is a nonprofit community development organization working to “stabilize inner-city neighborhoods.” One aspect of its mission is a gun violence de-escalation program.

Life Outside of Violence “helps those harmed by stabbing, gunshot or assault receive the treatment, support and resources they need to find alternatives to end the cycle of violence.”

The Urban League of Metropolitan St. Louis has an anti-crime program called “Safety Net for Youth Initiative,” which is a joint partnership between and Saint Louis Public Schools to provide services to at-risk youth.

Cure Violence is an international organization that has recently launched in a handful of St. Louis neighborhoods. Violence interrupters are trained to deescalate violent situations within their own communities. To learn more, visit https://cvg.org/