Police said the cause and details of the shooting are being investigated. 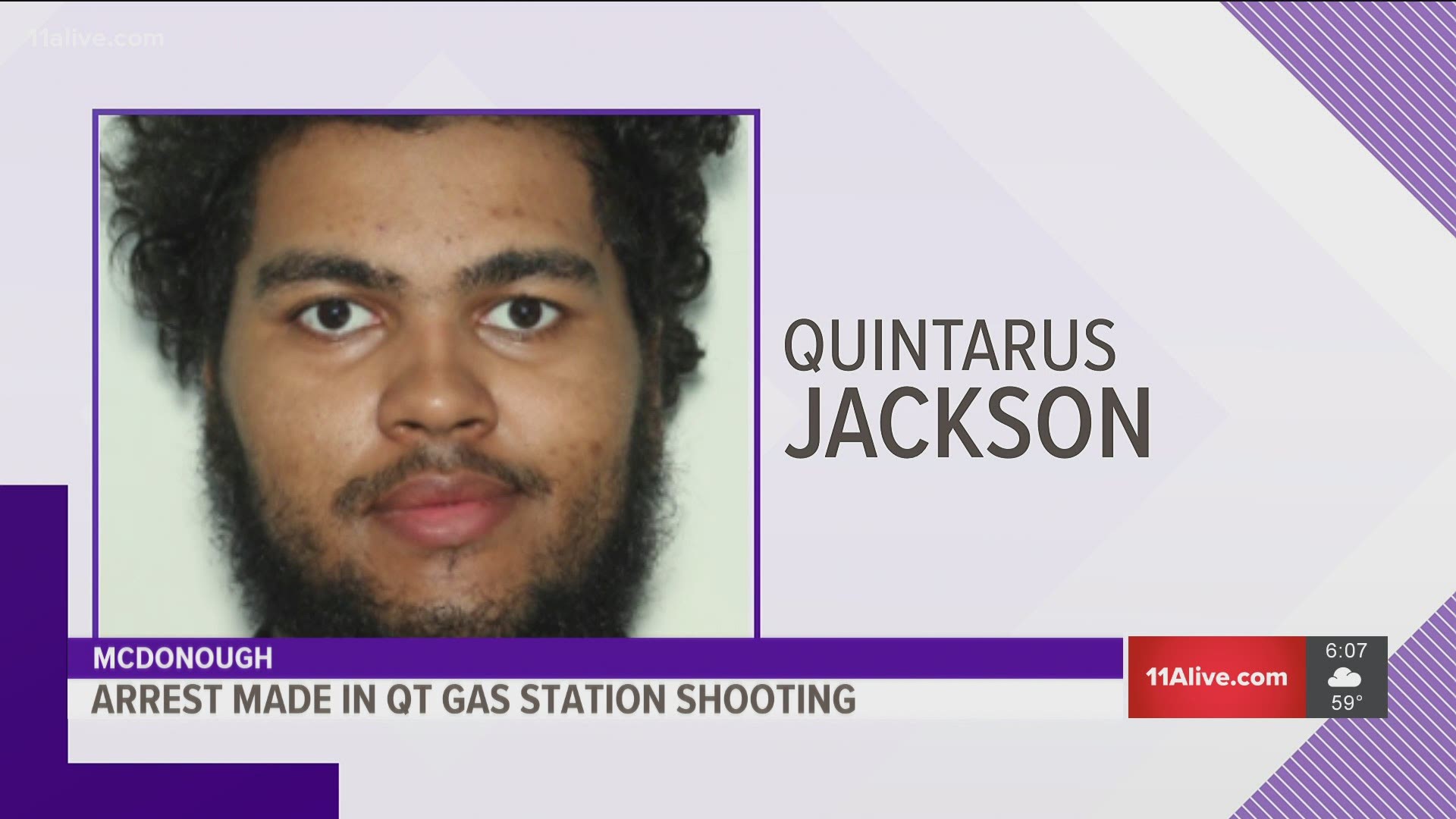 MCDONOUGH, Ga. — A 31-year-old man was shot and killed at a QuikTrip station in McDonough on Friday night, according to police.

Randy Lee from the Henry County Police Department said officers responded to the gas station in the 1400 block of Jonesboro Road at about 11:18 p.m., after receiving word of a person shot.

When they arrived, they found the Michael Jamal Colquitt at the QT station, Lee said in a release.

According to Lee, Quintarus James Jackson was identified as a person of interest and later arrested by police.

Jail records now show that a man of the same name was booked into the Henry County Jail on Saturday morning. He faces charges of murder, aggravated assault, possession of a firearm or knife during the commission of or attempt to commit certain felonies, fleeing or attempting to elude a police officer for a felony offense and reckless driving.

The cause of the shooting and details surrounding the incident are in the process of being investigated, Lee said.