'Currently we have warrants outstanding for the fourth individual, which is a 15-year-old male,' APD said. 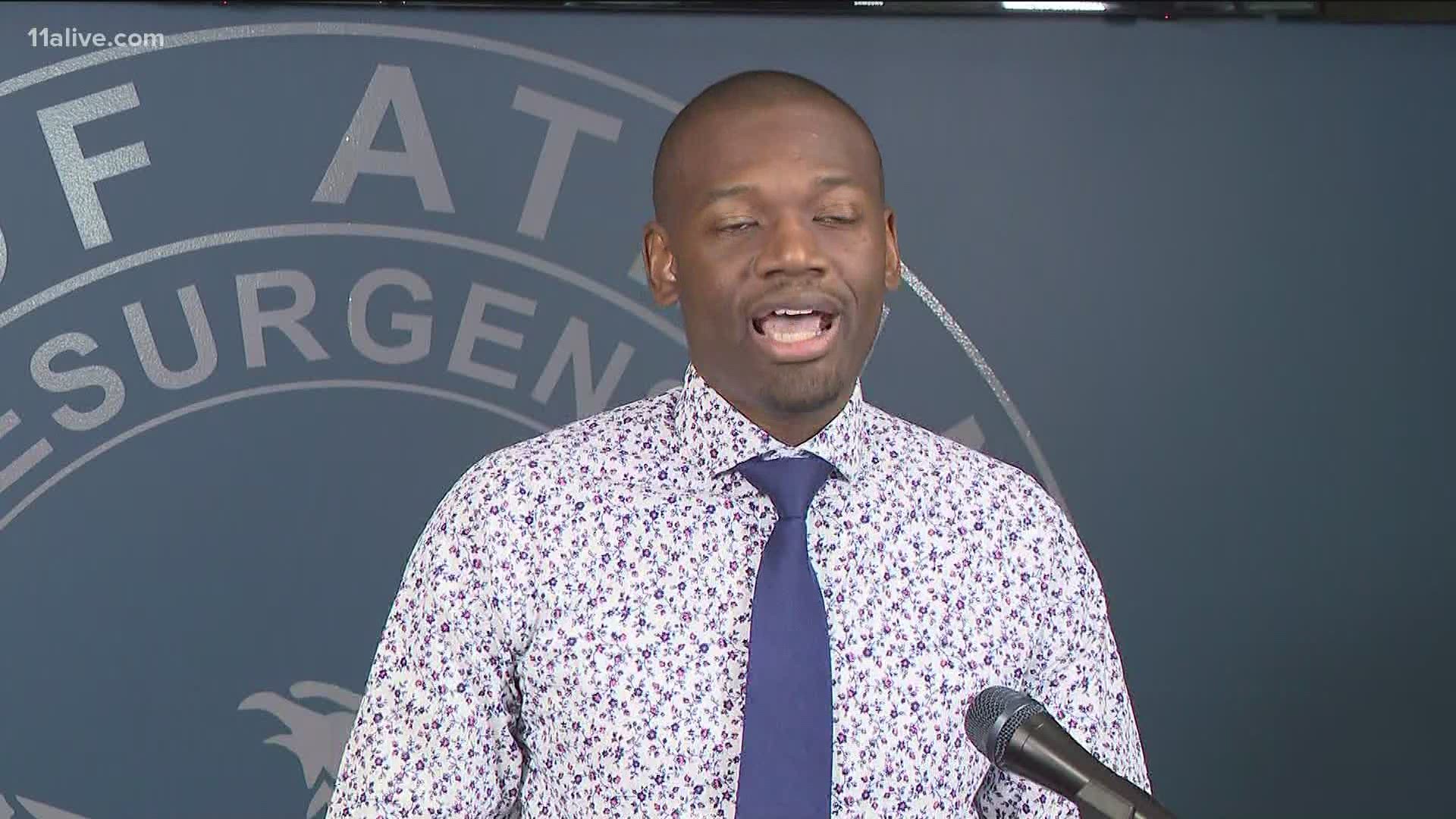 ATLANTA — The Atlanta Police Department announced several arrests have been made in connection to a series of armed robberies.

During a news conference at APD's headquarters, Sergeant Rodney Jones of the Major Crimes Robbery Unit said there were a total of eight armed robberies in the Buckhead, Morningside and Virginia Highlands communities, between July 8 and 12 which appeared to be connected.

There were a total of 11 victims in these eight armed robberies, Jones said.

"In the two cases, the victims' vehicles were taken at gunpoint and used to commit additional robberies. Under the guise of a food delivery service would complete the delivery order to the intended customer," Jones said.

According to Jones, the suspects would complete the delivery, search the same area and target more people for robbery.

"After completing the robbery, the suspects would travel to another location and continue the same pattern," he said.

Investigators found all of the robberies had been allegedly committed by the same group.

On Monday, after the most recent robbery, officers found a carjacked vehicle along with the suspects in southeast Atlanta. Investigators also recovered a gun.

"Currently we have warrants outstanding for the fourth individual, which is a 15-year-old male," Jones said.