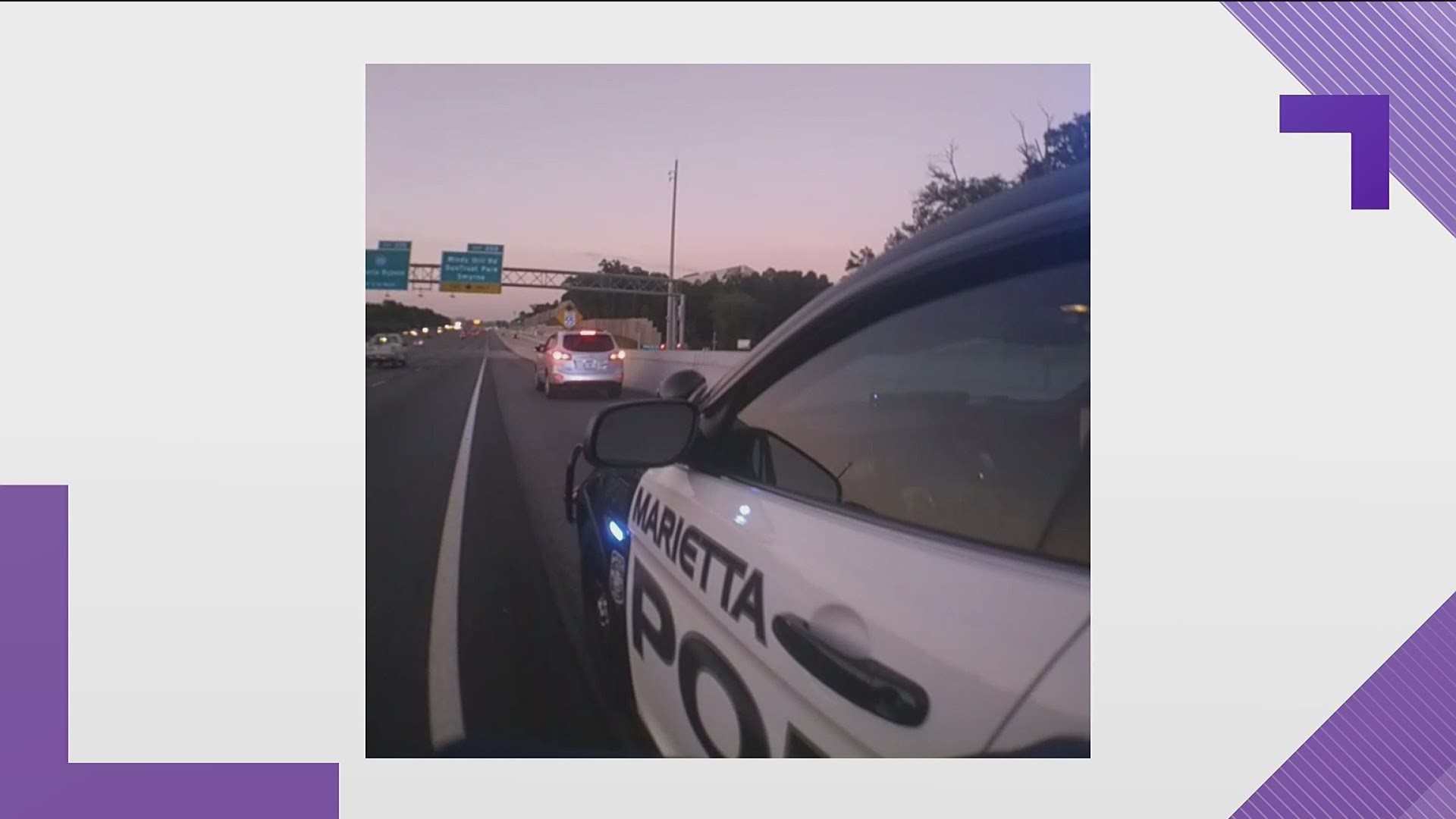 MARIETTA, Ga. — The search for the driver of a vehicle involved in multiple hit-and-runs on Sunday has hit a setback after authorities discovered the vehicle involved a day later - but determined the people in it weren't tied to the previous day's crimes.

DeKalb Police warned residents over the weekend of an SUV involved in multiple hit-and-runs in the area -- one of which was deadly and another injuring a child.

On Monday morning, officers from the Marietta Police Department, with the help of technology, located the vehicle and detained five people. However, by Monday evening, DeKalb Police said their "investigation determined that the person of interest was not an occupant of the vehicle."

Officers began searching the area and at 6:24 a.m., Marietta Police officer C. Rivera located it on Interstate 75 southbound near Windy Hill Road. That's when the occupants were detained without incident.

DeKalb authorities said that the first accident happened Sunday at around 10:45 a.m. at Wade Walker Park. The suspect then took the victim's 2011 Sante Fe, and left him to die.

Police said that the suspect, described only as a black male, struck again around 2:15 p.m. Police said a vehicle matching the same description as the one taken earlier hit a family of six who was riding their bicycles at North DeKalb Mall. The accident severely injured a 4-year-old child.

Further investigation then revealed that the same vehicle had been involved in another incident in another jurisdiction around noon - though it's unclear what that particular incident was.