Suspect accused of stealing $60,000 from car after following bank customer into Gwinnett

Police said a witness's video helped them identify Geovorris Rowland as one of two possible suspects in the case. 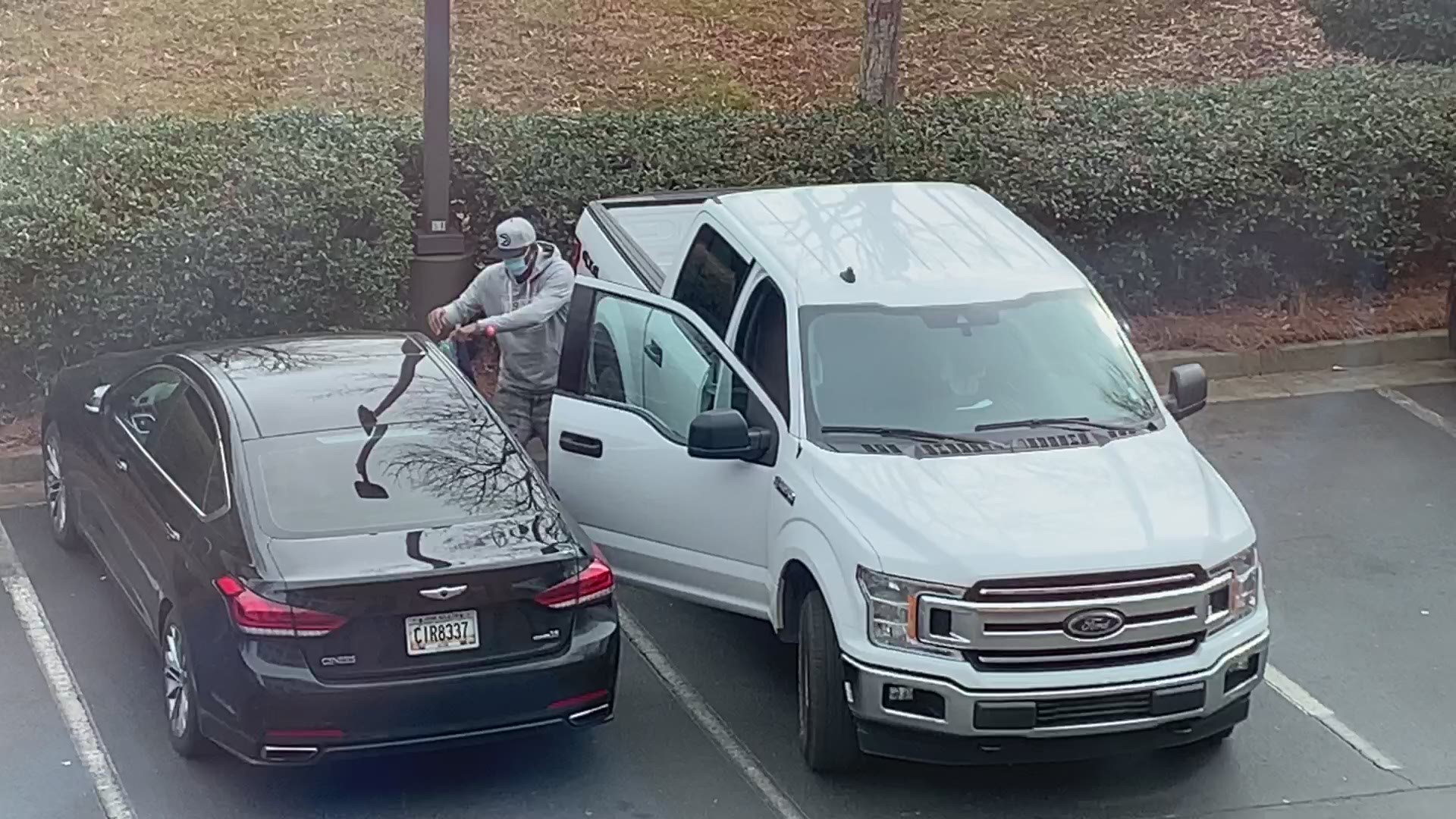 ATLANTA — Gwinnett Police are searching for a man they believe stole $60,000 from a bank customer after following them from Doraville to Peachtree Corners.

Police said the incident occurred on Feb. 4 but had only publicly released the new details on Thursday. According to a statement from the department, the owner of a Gwinnett business was followed after taking out a large sum of money at a Doraville bank.

The victim then drove to The Forum at 3930 Jones Bridge Road in Peachtree Corners where he left the money under a seat. Police said a white Ford F-150 pulled up next to the victim's car and a man got out.

It was a witness's actions next that helped police identify a possible suspect. Police said that the witness noticed the man looking in the victim's car and started recording.

The suspect then allegedly smashed the glass of the victim's car window, reached in, and stole the money before escaping in the F-150.

Police said the video helped them identify Geovorris Rowland as one of two suspects in the theft. Police have since obtained warrants for entering an auto with intent to commit a theft. Police are still attempting to identify the second person in the incident.

Anyone with information on the crime or the suspects is asked to contact Gwinnett Police Detectives at 770-513-5300 or, to remain anonymous, call Crime Stoppers at 404-577-8477 (TIPS). Crime Stoppers tipsters are also eligible for a cash reward for information that leads to an arrest and indictment.