Kennedy Maxie died Saturday after being shot when riding in her family car through Buckhead. 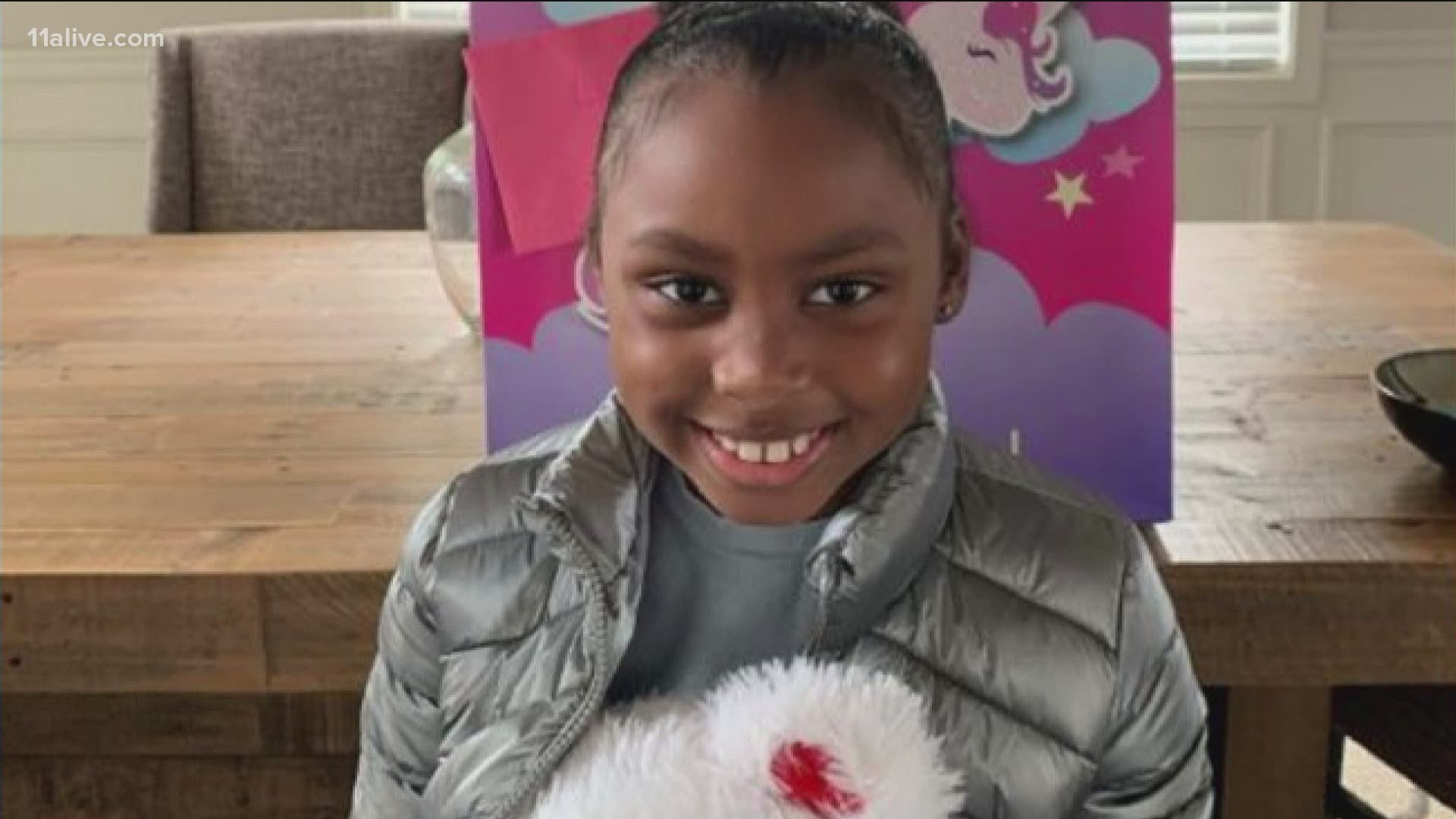 ATLANTA — Five days after being shot while riding in the car with her family near Phipps Plaza, 7-year-old Kennedy Maxie has died.

No other details were available about her death.

The community rallied behind Kennedy all week sharing prayers and raising money for her care. The GoFundMe raised over $45,000.

According to Atlanta Police, there are no arrests in the case. The department has offered a $15,000 reward for any information that helps them track down the person who shot Kennedy.

Mayor Keisha Lance Bottoms has since released a statement on the shooting, calling it a "senseless murder."

"While the Atlanta Police Department has significant leads in the apprehension of those responsible, it does not erase the pain felt when a beautiful, vibrant, and loving child is tragically taken from her family," she said. "We urge the public to continue to provide information that will lead to the arrests of the careless and heartless people responsible for Kennedy’s death."

RELATED: $15,000 reward offered after 7-year-old girl shot while riding in car in Buckhead

Police have said they don’t think the family’s car was the target. She was riding in her aunt's Nissan past Phipps Plaza when she was shot in the back of the head.