Her tragic death is one of about 155 murders the Atlanta Police Department has investigated in 2020. That's a 50 percent increase from the 99 homicides in 2019. 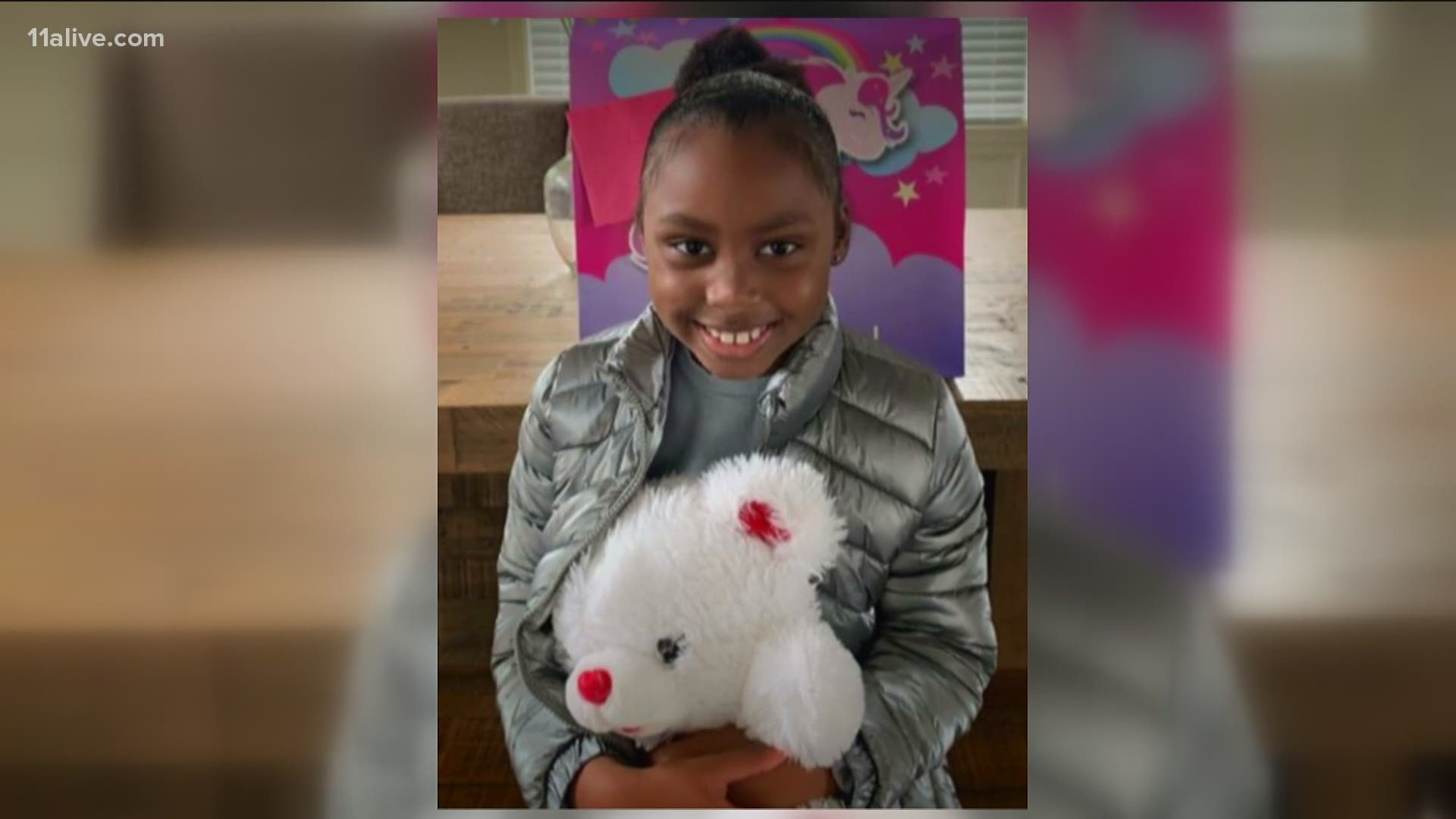 ATLANTA — Seven-year-old Kennedy Maxie fought for her life in the hospital for five days. She died Saturday after being shot while riding in a car with her family near Phipps Plaza.

Her tragic death is one of roughly 155 murders the Atlanta Police Department has investigated in 2020. That's a 50 percent increase from the 99 homicides in 2019.

"We were saddened to learn about the tragic passing of one of our students. Our thoughts are with the family and our caring staff will be available to support students during this difficult time as soon as classes resume."

"As someone who grew up here, who grew up in the working-class part of Atlanta and went to Atlanta Public Schools, I can tell you that this is an escalation in crime that we haven't seen in over 20 years," Dickens said. "To be at 150-plus murders and homicides in this city and that's not to include how many people have been shot that just didn't die thankfully."

Dickens was asked to join the Atlanta police chief's advisory council in November. In that time, the group of about 15 members talked about ways to reduce violence in the city in the short term, including increasing police presence and recruiting more officers.

Dickens sat with youth from the correctional institution, Next Level Boys Academy, and found some of the reasons for the escalation in gun violence.

He believes a big part of it has to do with the lack of programs that help young people stay out of problems.

"They don't feel like they have a pathway and they want to show off what little they do have and there's a lot of money floating around the city of Atlanta and they are aware of it," he said. "The business community is going to have to come to the table and hire people from certain parts of town that they have never looked at before."

Monday morning, councilmembers Howard Shook, J.P. Matzigkeit and Matt Westmoreland announced they will be donating $125,000 to the Buckhead Security Plan. The goal of the plan is to improve public safety by adding security officers, cameras and license plate readers.

"I think it's a good idea to have a security plan but I think that some of these things become a game of whack-a-mole if we don't find a way to resolve them," Dickens said. "The Buckhead Security Plan should be helpful but it might allow crime to go into other places, too."

He added that, in the long run, there need to be more programs to increase youth engagement and bring in jobs.

"They are seeing a city that is growing into this international metropolis but they are living in generational poverty," he said. "The business community is going to have to come to the table and hire people from certain parts of town that they have never looked at before."

Mayor Keisha Lance Bottoms has responded to the tragedy and released a statement:

“Our hearts are broken by the senseless murder of Kennedy. While the Atlanta Police Department has significant leads in the apprehension of those responsible, it does not erase the pain felt when a beautiful, vibrant, and loving child is tragically taken from her family. We urge the public to continue to provide information that will lead to the arrests of the careless and heartless people responsible for Kennedy’s death.”

Her comment comes after Councilmember Howard Shook, who represents the area of Buckhead where Maxie was shot, addressed "the administration" in the following statement:

"To the administration, I don’t want to hear the word “uptick.” Stop minimizing our concerns by telling us that “crime is up everywhere.” Spare us from the lie that the steady outflow of our officers isn’t as bad as it is. And please, not another throw-away press conference utterly devoid of game-changing action steps."

To that, Councilmember Dickens said, at the end of the day, the government, police and the community play a role in what happens in Atlanta.

"People are pointing at the Mayor and I think rightfully so to some degree, but not completely the answer," he said. "Mayors are the chief executive officer of their city, so everything that happens they're responsible for but they're not alone in what happens in a city."