The U.S. attorney says he "must be held accountable for allegedly abusing his authority by committing a violent and unnecessary assault." 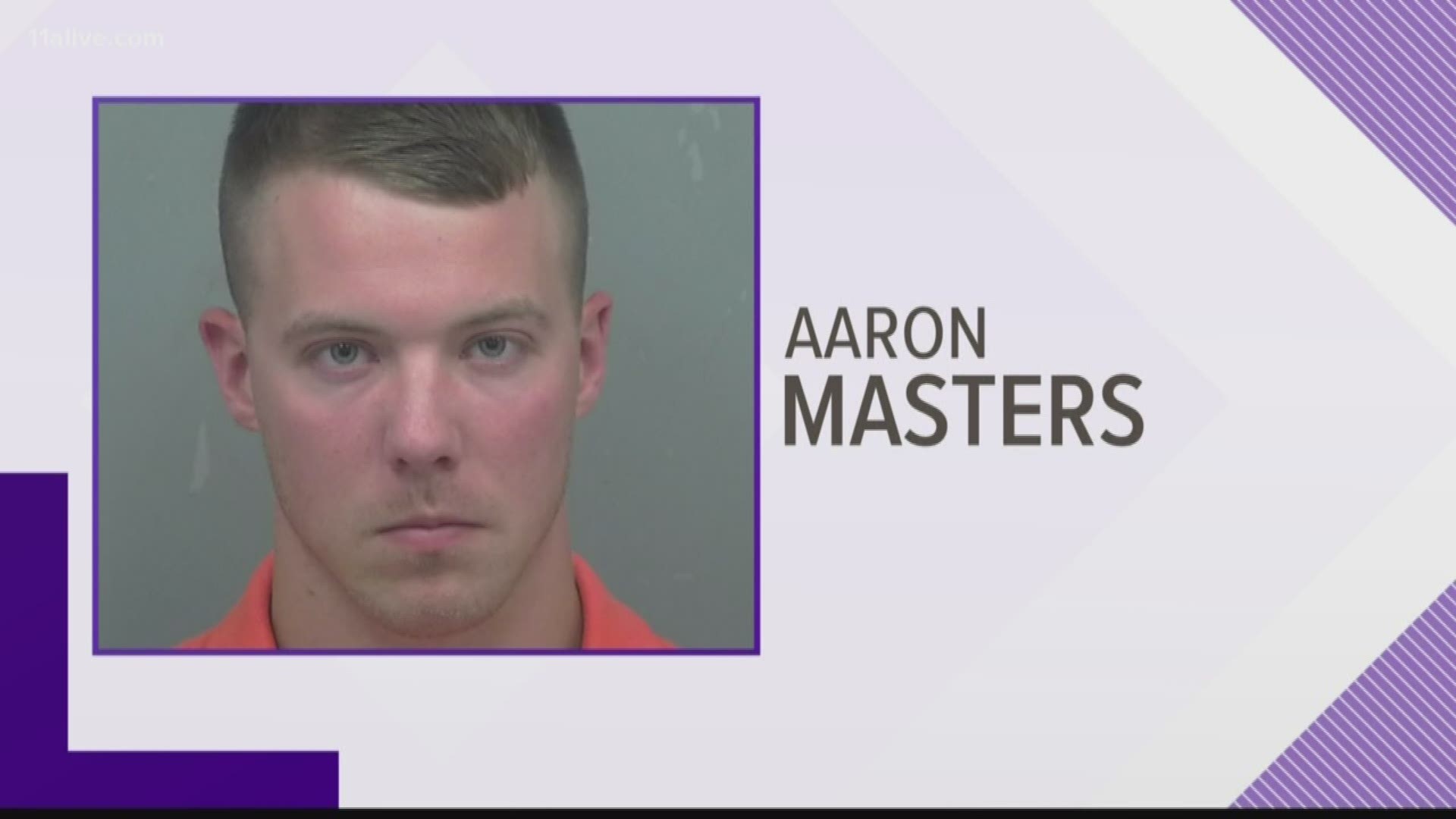 GWINNETT COUNTY, Ga. — A Gwinnett County deputy was indicted this week after an incident in 2018 where he was seen using excessive force against a female inmate at the county jail.

Former deputy Aaron Masters, 27, of Jefferson, was fired and charged with misdemeanor battery in connection to the Aug. 20 incident.

Masters was indicted by a federal grand jury for unnecessarily assaulting the inmate and writing a false incident report to justify his use of force, according to court documents.

The deputy worked with the department's Rapid Response Team, a specialized unit which resolved high-risk incidents and provided general assistance in maintaining order in the jail.

Masters, without justification, is alleged to have repeatedly struck the inmate in her face with a closed fist, injuring her, according to the indictment.

Following the assault, Masters wrote a report about the encounter in which he falsely claimed that the physical force was necessary to gain the inmate’s compliance.

Authorities previously told 11Alive News that the incident took place after an "unruly inmate" attacked several deputies, punching one -- Masters -- in the groin, kicking another and biting a third. All three deputies required medical attention as a result of their injuries. Masters assisted the other deputies in subduing the out-of-control inmate.

Credit: Gwinnett Sheriff's Office
Former Gwinnett County Deputy Aaron Masters was arrested and charged with battery on Aug. 31, 2018 after authorities said he punched an inmate at the Gwinnett County Jail in the head during an incident when the inmate was harming herself.

While the inmate was safely subdued, that person began to exhibit self-harming behavior as soon as deputies left her cell. Deputies re-entered her cell to prevent the inmate from harming herself. During that secondary exchange, authorities said Masters was seen on video punching the inmate three times with a closed fist.

“We recognize that corrections officers have a difficult job as they maintain order and protect inmates in our district's prisons and county jails,” said U.S. Attorney Byung J. “BJay” Pak. “However, this deputy sheriff must be held accountable for allegedly abusing his authority by committing a violent and unnecessary assault on an inmate, and then writing a false report to cover up the incident.”

According to the U.S. attorney's office, the indictment only contains charges and that Masters is presumed innocent until he goes to trial.

The FBI is investigating the case.

“The vast majority of sworn officers working in our jails and prisons protect the civil rights of inmates no matter the difficult challenges they face,” said Chris Hacker, Special Agent in Charge of FBI Atlanta. “It is an insult to those officers when one of their own violates those rights, and that is why Masters must face his peers in court for his alleged actions.”

Georgia deputy charged with sexual exploitation of children after investigation