About a dozen suspects break into Buckhead jewelry store, steal thousands in merchandise

The robbery happened early Saturday morning amid the looting that was taking place in Buckhead and Downtown Atlanta. 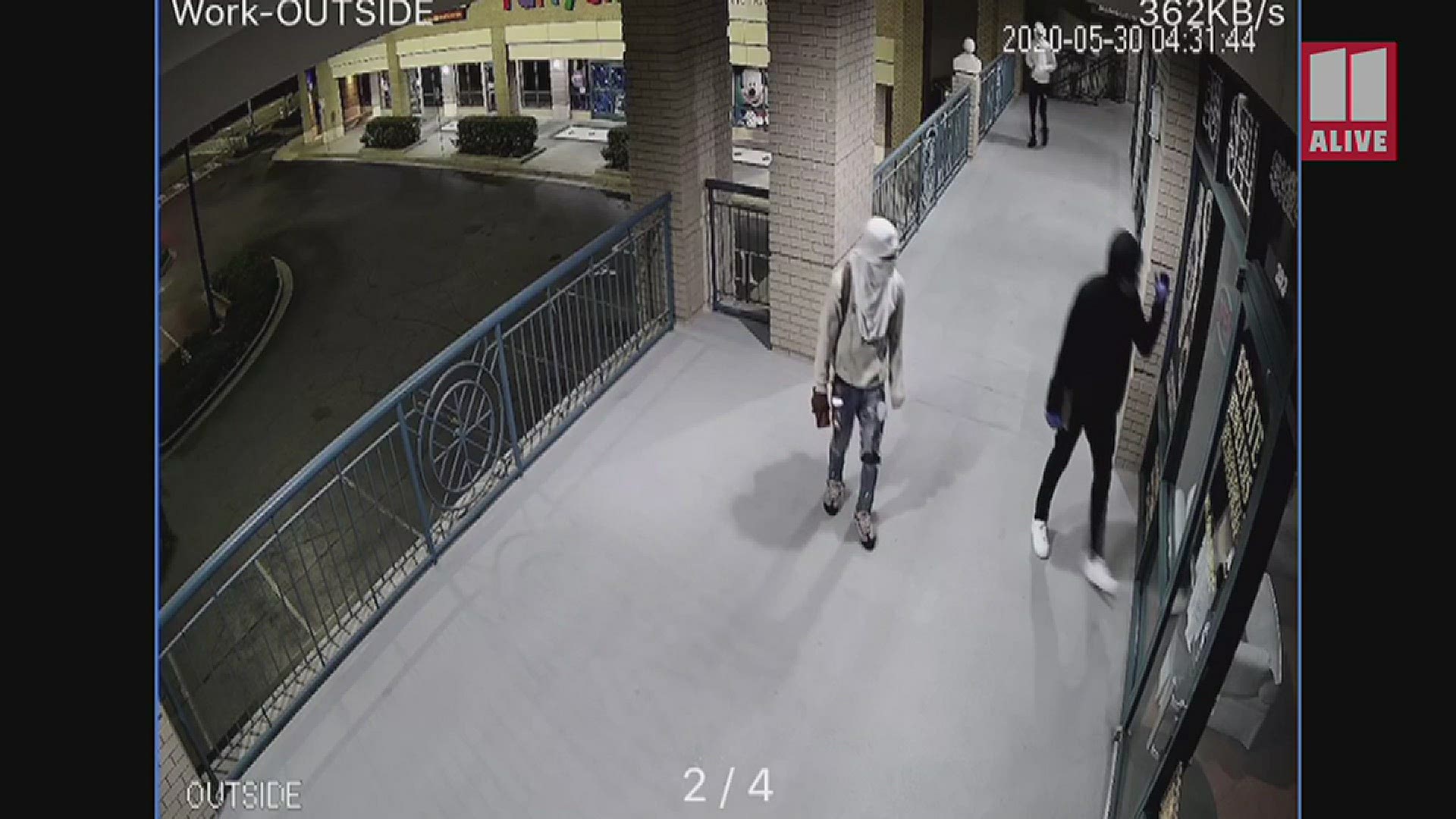 ATLANTA — Surveillance video caught images of about a dozen individuals breaking into a jewelry store and stealing thousands of dollars worth of merchandise early Saturday morning.

It happened at about 4:30 a.m. at Estate Jewelers in the 2900 block of Peachtree Road in Buckhead.

The robbery happened amid the vandalism and looting that was taking place in Buckhead and Downtown Atlanta overnight Friday and into Saturday and related to the protests against the death of George Floyd at the hands of a Minneapolis police officer that began late Friday afternoon.

RELATED: These are some of the Atlanta stores that have been vandalized, looted

According to the store managers, they had not completed a full inventory of how much had been taken, but at least several thousand dollars worth of merchandise had been taken during the robbery.

In the surveillance video, two people can be seen throwing bricks at the front window of the store.

Once they break the window and enter, the suspects pour into the store and begin to break the display cases and remove the jewelry.

RELATED: Business owners cleaning up in the wake of overnight damage

According to the time-stamp on the video, the entire time from the point the suspects enter the store to the time they leave is less than five minutes.

The suspects remain at large and are still being sought.