Adam Smith, the former chief procurement officer for the city, was sentenced to 27 months in jail. 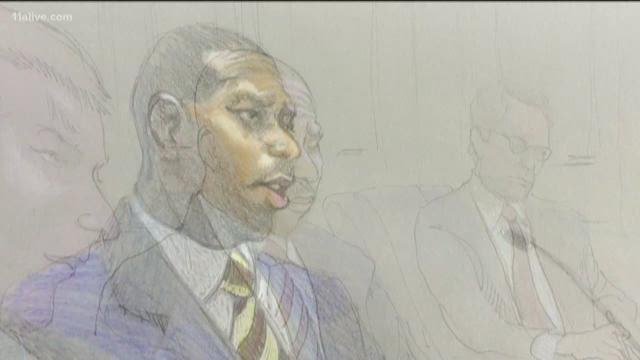 ATLANTA - The only City of Atlanta employee charged in the Atlanta bribery scandal was sentenced to jail today. Adam Smith, the former chief procurement officer for the city, was sentenced to 27 months in jail.

"Administration's change," said Smith at his sentencing, after noting his 14 years of service to the City of Atlanta. "I let my guard down. I made mistakes. I lost my moral compass."

Last year, the FBI raided Smith’s City of Atlanta office and confiscated his phone, laptop, and other items. He was fired immediately before the raid. Smith pled guilty last year and admitted he took $44,000 over the course of two years from an unnamed city contractor in exchange for influencing construction contracts.

Also in court today, it was revealed Smith made recordings prior to speaking with the FBI of conversations with other people involved in the bribery scandal. Smith's lawyer said his client immediately offered these recordings to the FBI when he was approached by agents.

The U.S. Attorney's office mentioned this cooperation when asking for a sentence of 27 months, which is less than the recommended jail time.

“As the City of Atlanta’s Chief Procurement Officer, Smith was given great trust and power by its citizens. He chose to serve his own financial interests rather than use that trust to serve the public,” said U.S. Attorney BJ Pak.

The U.S. Attorney said Smith accepted bribes every other week over the course of two years. They also introduced a photo of him accepting a $1,000 cash bribe.

Smith is the third person to be sentenced in the Atlanta Bribery investigation. Two contractors, Charles Richards and E.R. Mitchell, were sentenced in the fall. Richards admitted to paying $200,000 in bribes to an unnamed person in City Hall in exchange for construction contracts. Mitchell said he paid $1 million to a City of Atlanta employee.

In February of 2017, the City of Atlanta released more than a million documents that had been subpoenaed by federal investigators in relation to the bribery scandal.

One name that was repeatedly cited in the documents was Mitzi Bickers, a former City of Atlanta employee with ties to former Atlanta Mayor Kasim Reed. Bickers was instrumental in helping Reed get elected to his first term as mayor. She was then hired to work for the city. Bickers has not been charged in relation to the bribery scandal.

After Smith's sentencing today, new Atlanta Mayor Keisha Lance Bottoms office released this statement: "Since her inauguration, Mayor Bottoms has worked closely with her transition team to begin the process to overhaul the City's procurement processes and restore public confidence in the City's contracting practices."

The big question is where is the rest of the $1.2 million dollars the contractors paid in bribes? And who did that money go to, if Smith only received $30,000? Presumably, that’s what federal investigators are trying to learn and that could explain why we’ve seen so few arrests so far in Atlanta’s City Hall.