The day Ahmaud Arbery was killed | A timeline of events

Minutes before Ahmaud Arbery was shot and killed in Brunswick, Georgia, a home security camera caught him walking down Satilla Drive. 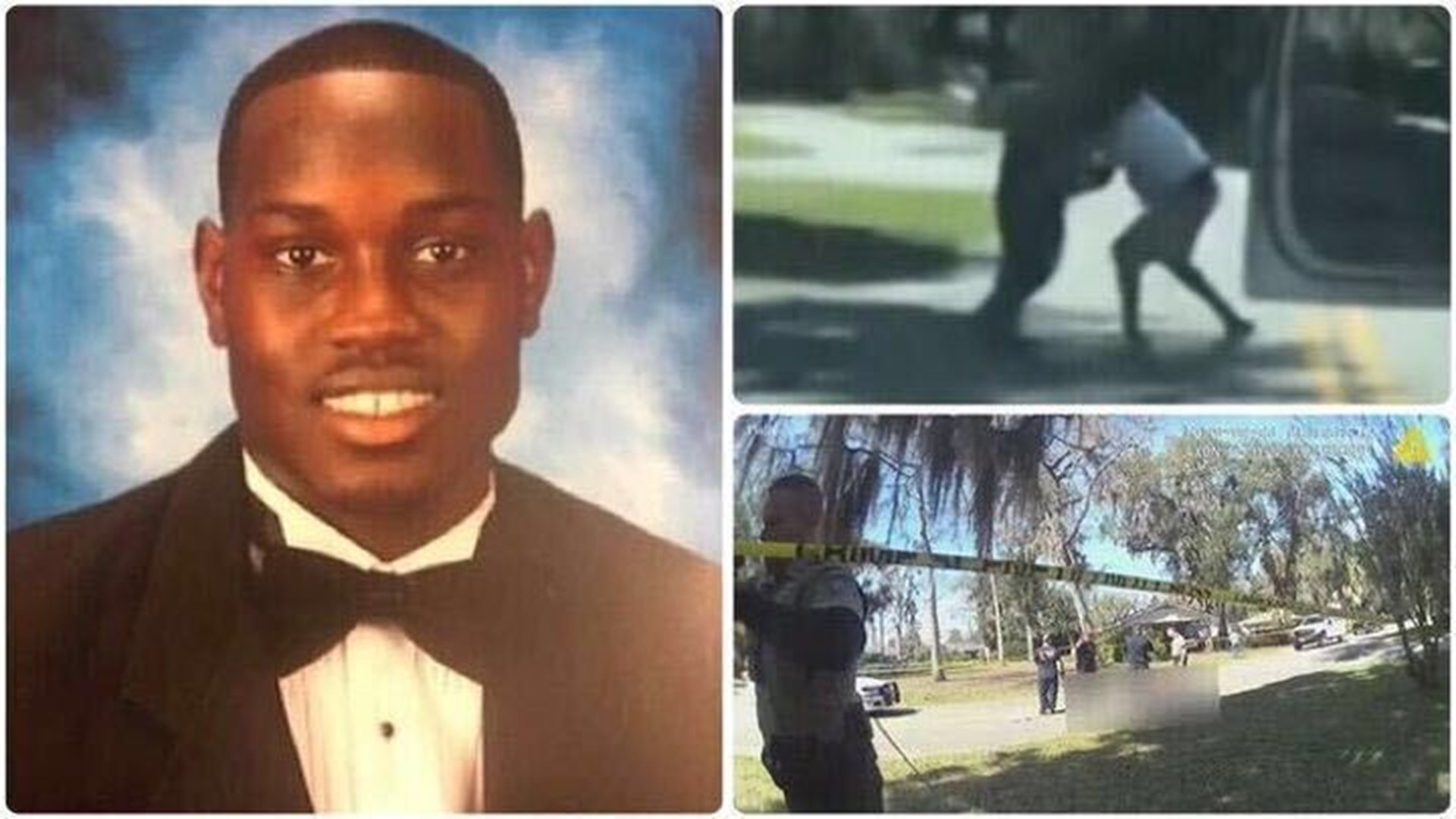 ATLANTA — It's been one year since the killing of Ahmaud Arbery, a 25-year-old Black man who was jogging through a south Georgia neighborhood when he was accosted by a white father and son on Feb. 23, 2020.

Arbery was shot and killed during the encounter, but his death wouldn't gain national attention until months later in May, when a graphic cell phone video showing that deadly encounter surfaced online. From there, his life and death would leave a profound impact on the state of Georgia and the nation at large.

A federal lawsuit filed on the one-year anniversary of Arbery’s death claims the men who allegedly killed him violated his civil rights.

Since the day of the killing, many details have emerged in the case.

Here is a timeline of the day of the shooting.

Minutes before Ahmaud Arbery was shot and killed in Brunswick, Georgia, a home security camera caught him walking down Satilla Drive.

The time on the security camera appears to be wrong. Police reports, and 911 calls suggest it was just after 1 p.m. on Sunday February 23.

Arbery was about two miles from his home.

He stops briefly in front of a house under construction across the street and then goes inside. The surveillance video shows someone was watching.

At 1:08 p.m. the man watching called 911 to report a trespasser at a home under construction.

Security video from inside the house under construction shows Arbery walking around briefly. And then, he walks back out. The caller tells a 911 operator that the person in the house was running down the street and this person was caught on camera before, describing him as a “Black guy, white T-shirt,” according to the call.

Police reports said there had been an "on-going issue" of trespassing in the house under construction.

Past security videos show people, including children, going in and out of the property on different days. And, just days before Arbery’s shooting, on Feb. 11, the property owner's attorney said he even received a text message saying Travis McMichael had “confronted” one of the trespassers.

The security video shows Arbery leave the house under construction and run down the street. He runs past 230 Satilla Drive toward Burford Drive.

Gregory McMichael sees him and thinks he recognizes him from a previous day.

Gregory McMichael told police that he ran inside his house and told his son, "Travis, the guy is running down the street lets go.”

Gregory McMichael grabs a pistol and Travis grabs his shotgun. In police interviews, the McMichaels said they "didn’t know" if the man was armed or not.

The father and son get in a white truck and follow Arbery. There's no public video showing what happened next, but Gregory later told police they followed Arbery down Satilla Drive toward Burford Drive.

They followed Arbery down that street and tried to cut him off. Arbery turned around and started running back towards Satilla Drive.

At this point, another neighbor, William "Roddie " Bryan, joins in the chase. The police report said Bryan tried to stop Arbery and block him in.

The chase continues around the neighborhood for a few minutes.

At some point, Bryan starts recording on his cell phone. It showed him following Arbery around the trees.

The McMichaels are stopped just ahead of Arbery. The 25-year-old was trapped between the two cars and the three men. While Bryan adjusts the camera, shouting can be heard in the background.

Gregory McMichael had called 911 from the bed of the truck and Travis was now outside the truck with his shotgun in hand.

The video showed Arbery going around the right side of the truck to avoid Travis. Travis moves and meets Arbery in front of the truck.

Authorities said Travis shot Arbery. The video shows the two of them struggling towards the left side of the vehicle.

Arbery and Travis struggle with the gun out of frame. A second gunshot can be heard and a plume of smoke can be seen in the video.

The two struggle back into frame, a third gunshot can be heard before Arbery collapses.

Travis McMichael later told officers "If –[Arbery]-- would have stopped, this wouldn't have happened."

Travis and Gregory McMichael are both charged with murder, as is William “Roddie” Bryan.

The Cobb County district attorney has been named the special prosecutor for the case.

At this point, no trial date has been set, and all three men have pleaded not guilty.