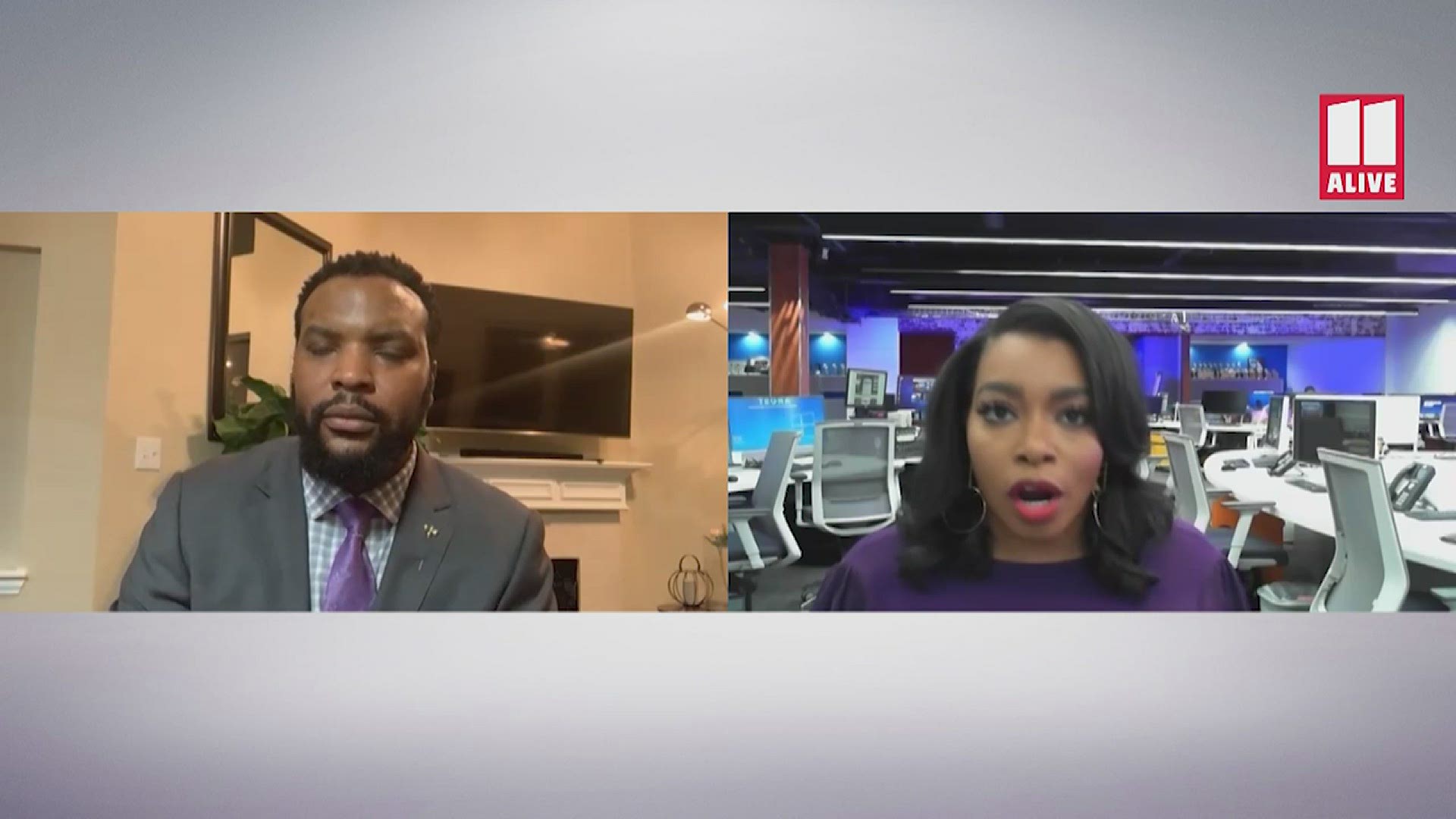 ATLANTA — An attorney for the family of Ahmaud Arbery says authorities were already in possession of a video showing his Feb. 23 killing, and only the public reaction to its leak this week spurred developments in the case.

S. Lee Merritt spoke exclusively to 11Alive's Aisha Howard, and told her: "It’s important to note that the video was already in the hands of prosecutors and investigators prior to it being released publicly. And so what we learned from that is it was the public reaction that caused the major shift in this case."

"And so what I hope people take away from that is it’s going to be their continuing investment that will ensure that justice is done in this case," Merritt added.

The Georgia Bureau of Investigation was requested to investigate the case earlier this week after the video, believed to be of Arbery's killing, surfaced online and spread rapidly, generating a national outcry.

Thursday night, the agency arrested the two men, Gregory McMichael and his son Travis McMichael, who say they were making a citizen's arrest when they accosted Arbery on his jog and shot and killed him. Both the father and son have been charged with murder and aggravated assault.

While there have been calls to see the father and son, who are white, also charged with a hate crime in the killing of an unarmed black man, that cannot be done in Georgia because there is no hate crime statue in the state's laws.

Merritt told 11Alive that, because of this, the family wishes to see a parallel federal prosecution against the McMichaels.

"Georgia doesn’t have a hate crime statute, but there are federal hate crime protections that we believe should also be pursued here," he said.

A third person involved in the case - the man who took the video, following Arbery in a car - has not been arrested or charged. GBI Director Vic Reynolds said at a news conference Friday that the third individual is under investigation.

Merritt said the family expects to see him arrested in time.

"My understanding is that he is still being investigated and that there's a strong likelihood that he will also be charged, but at this point they don’t have enough evidence to move forward with charges," he said.

He added "we still need to see the arrest, I believe, of the third suspect."

Arbery's 26th birthday would have been Friday, and Mother's Day is Sunday, a confluence Merritt said was difficult for his mom, Wanda Cooper.

But, he said, the arrest of the McMichaels coming on the eve of Arbery's birthday "softens the blow just a bit and it takes her into the Mother's Day weekend with just a little bit of relief."

"It’s a huge gift to Ahmaud to have these men arrested," he said. "It’s a tragedy that it took over 10 weeks for these men to be arrested."

Describing how he informed Cooper of the arrests, he said "it was very relieving for his family."

"As soon as I learned - I learned from a Georgia Bureau of Investigation agent, and I called Ahmaud’s mom right away, Wanda Cooper, and you know what, she gave me a big exhale," he said. "And she was very, very excited about the arrest. But she remained still very stoic as she’s sort of remained during this entire process. You can tell that she’s really focused on seeing these men convicted and appropriately sentenced."