Judge: Ahmaud Arbery's prior run-ins with police can't be used by defendants accused of his murder

The judge in the high-profile Georgia murder case says Arbery’s prior “bad acts” cannot be used to bolster defendants’ claims of self-defense. 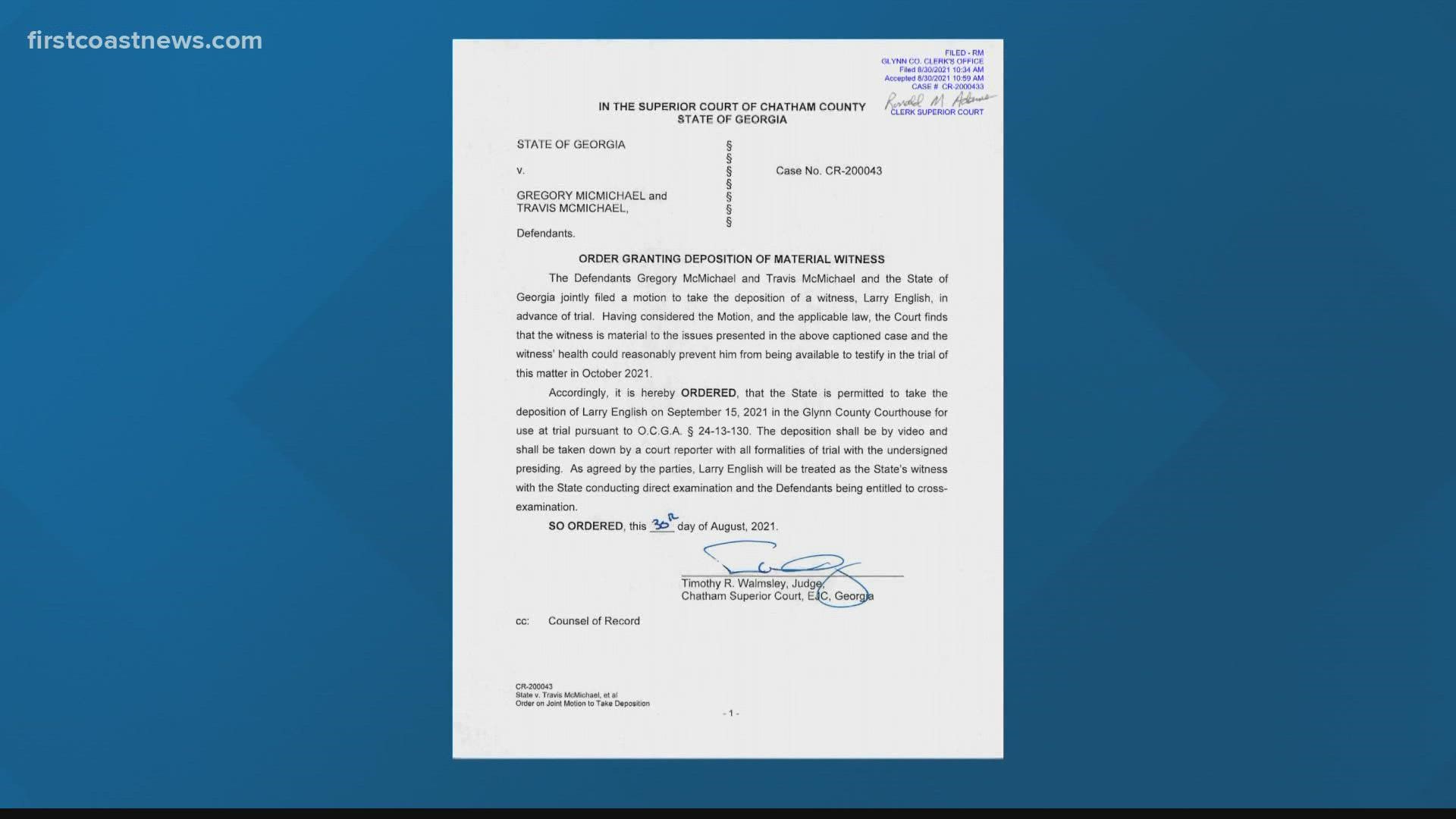 BRUNSWICK, Ga. — A Georgia judge presiding over the case against three men charged with murdering Ahmaud Arbery said the defendants cannot use Arbery’s past encounters with police as evidence at trial.

The order, issued Monday, denies the defendants the opportunity to tell jurors about Arbery’s interactions with law enforcement, including taking a gun into a school gym and shoplifting. The defendants also wanted to introduce evidence about Arbery’s alleged attitude when confronted by police.

In his order Monday, Chatham County Superior Court Judge Timothy R. Walmsley rejected the arguments of defense attorneys, saying introducing Arbery's past conduct would create "unfair prejudice" and would mislead jurors. He noted Arbery's prior acts were "unknown to them" on the day of Arbery's death, and that the only "relevant acts" before the jury are the defendant's actions on the day he was killed.

Attorneys for Greg and Travis McMichael argued Arbery’s past behavior would demonstrate that he was not out for a jog, as prosecutors claim, but was instead committing a burglary at the home under construction. Nothing was stolen from the site, according to police.

At a May hearing, a series of law enforcement officials testified that Arbery was confrontational and erratic during incidents of alleged shoplifting and trespassing. In court, defense attorney Jason Sheffield said Arbery demonstrated a “pattern of conduct and [criminal] behavior,” and that his reaction to being confronted was to “get angry and aggressive, physically and verbally.”

Prosecutors called the attempt to introduce the evidence a “smear” and said Arbery’s past was irrelevant. Cobb County senior assistant district attorney Linda Dunikoski contended the defense wanted to show “‘[Arbery] didn’t respond appropriately or correctly to the defendants, and therefore it’s his fault they had to kill him’ -- and that’s offensive.”

"Judge Walmsley‘s decision will most likely survive appellate scrutiny, however, it is the wrong decision. In just about every criminal case against the defendant who has a past, where that defendant has committed other crimes that are similar in nature to the one he’s been tried for, judges liberally allow the jury to be informed about that past. The jury is then instructed that they can consider the past evidence that demonstrates the defendant‘s motive and intent at the time he committed those past crimes when considering whether he committed the crime for which he is currently being tried. The rules have always allowed for this. But here’s the judge is using the rules liberal interpretation to deny our clients the same type of evidence.  Mr. Arbery committed these offenses: thefts, obstruction, gun charges, running from police, running from the other citizens, entering into homes, entering into businesses, stealing - all of which we contend are connected to his mental illness - but these are the acts of Mr. Arbery. There can be no question that he has done these things. Why the judge would now decide that all of Mr. Arbery’s prior motives, his intent, his plan to do these things are not relevant in this case will result in the the truth being hidden from the jury. The jury hast to try to understand what Mr. Arbery was doing in the neighborhood that day, why he was in the home that day, and why he was running from two individuals who told him without any show of force or threat “we want to know what you’re doing in the neighborhood, please stop, we’ve called the police.” Now they will be denied the truth."

"The 404(b) ruling comes as a mild disappointment for Roddie, and the Bryan defense team, but -- as any trial lawyer worth his salt will tell you -- the truth has a funny way of coming out. Time will tell but we believe the State's "victory" as to the 404(b) evidence will be short lived. The judge will ultimately admit into evidence much if not most of the 404(b) material."

The trial is set to begin Oct. 18 with jury selection.