Kevin Gough said 'we don't want to lose sight of the fact that they're human beings too' of the Arbery family after the trial concluded on Tuesday. 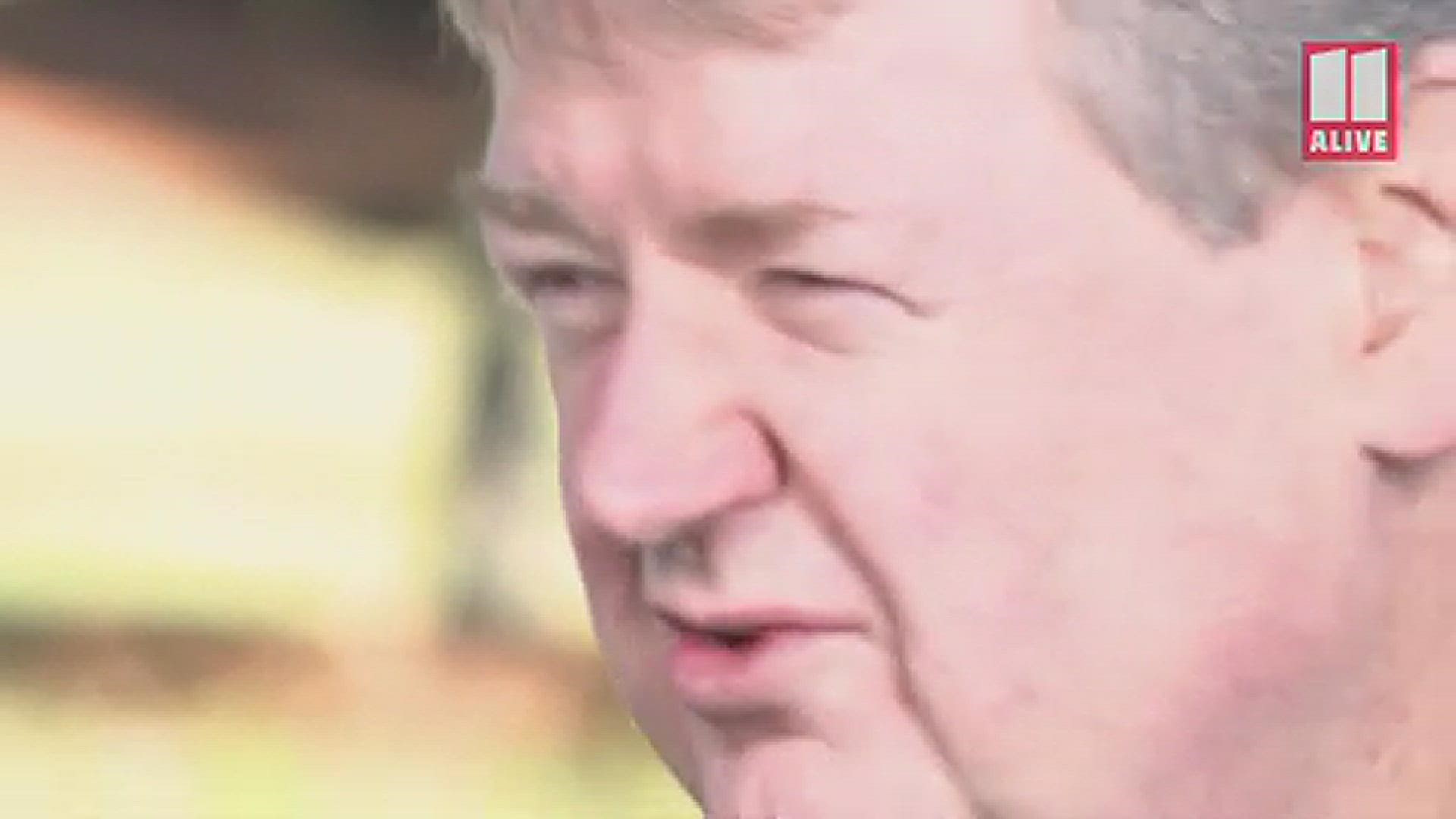 GLYNN COUNTY, Ga. — Kevin Gough, the attorney for William "Roddie" Bryan in the trial of the killing of Ahmaud Arbery who gained notoriety and backlash for volatile comments and repeated motions for mistrial, sounded a more conciliatory note after the trial's conclusion on Tuesday.

A jury is now considering whether Bryan and two other defendants, Travis and Greg McMichael, will be convicted of murder in the Feb. 2020 killing of Arbery.

During the trial, Gough primarily defended his client as a witness to the crime, rather than an active participant warranting a murder charge alongside the McMichaels.

His most noteworthy moment, though, came early on when he said he didn't want "any more Black pastors coming here" as he objected to the presence of Rev. Al Sharpton with Arbery's mother.

That was met with heavy backlash and an organized response from hundreds of Black pastors. The defense counsel for Travis McMichael even called the comment "asinine and ridiculous."

Beyond that, Gough was repeatedly denied a mistrial he argued was justified by the political environment making a fair trial impossible. Prosecutors argued his own comments largely produced that environment.

Often, he doubled down on his rhetoric, such as referring to demonstrations on Friday as "mob violence of a woke left mob."

At the trial's conclusion on Tuesday, Gough offered a softer reflection on things.

"I feel for the Arbery family. This has been an ordeal for them, some of the testimony and evidence presented about their son has been graphic," he said. "To be a mother and see that stuff up there about your son, and to hear it, has got to be tough. Marcus Arbery Sr., it's also gotta be tough."

"The problem for lawyers is we're focused, we get tunnel vision with the client, but there's a lot more going on here than just them," he added. For the family, he said, "we don't know what justice looks like in this case... but we don't want to lose sight of the fact that they're human beings."

Nonetheless, Gough expressed his confidence that "we're going to win."

Gough also addressed some of the details of the trial, such as the implication about his own client's intelligence during his closing argument.

"Truthfully it's hard for anybody with his background to follow all the niceties of the law, but I think he's worked really hard to be attentive and understand the process and we certainly worked hard to make sure that he does," he said. "The court has worked hard to make sure that Roddie and the other people on trial understood what was going on, and we're appreciative of that."

He also addressed the decision not to request that the jury be sequestered during the trial, given how frequently he raised the idea that they might be tainted by outside events during his motions for mistrial.

"The research shows that jurors tend not to like sequestration, and they tend to take it out on the defendants," he said. "The reality is, the assumption (by the jury) is that that's something that's being asked for by the defense."

He added that it would have been particularly hard to ask the jurors to be sequestered for the two weeks of the trial and leading into the holidays.

Gough explained his decision to wait until very late in the trial to file a motion to sever his client's case from that of the McMichaels.

"Really until the charge conference on Friday it really wasn't clear how things were going," he said. "And we do what we feel we need to do at the time. We file the motion, the courts rule, we move on."

Gough said there was "no use looking back."