Braden Stevenson was in his grandmother's closed garage looking for a hamster with his best friend when a truck plowed through.
Author: Elwyn Lopez
Published: 1:24 AM EDT October 6, 2019
Updated: 10:28 AM EDT October 8, 2019

His stuffed animals include Woody from Toy Story, a giraffe, and several others lined up near his pillows.

His pajamas are still where he left them a week before he was killed on Nov. 19 when a driver lost control of his 1997 Dodge Ram and slammed into the garage of Braden's grandmother in Covington.

At the time of the accident, Braden was with his best friend, Lucas McWilliams, looking for an early Christmas present from his grandmother - a hamster who found his way out of the box and into the garage.

Braden was taken to a nearby hospital where he died shortly after.

"He couldn't breathe on his own, they couldn't get a heartbeat but they were going to keep trying," she said.

Twelve-year-old Lucas was in critical condition. His right leg was crushed. And now, almost a year later, he is still in recovery.

The driver, 34-year-old Karlrio Kelsey was arrested in January, more than a month after the accident.

"I don't think it was right or fair, and there's nothing I can do to change it," Nicole Beard said.

Kelsey is accused of vehicular homicide, serious injury, and driving under the influence among other charges.

Beard is worried that justice won't be served. She said the Newton District Attorney's Office told her about a possible plea deal for Kelsey. 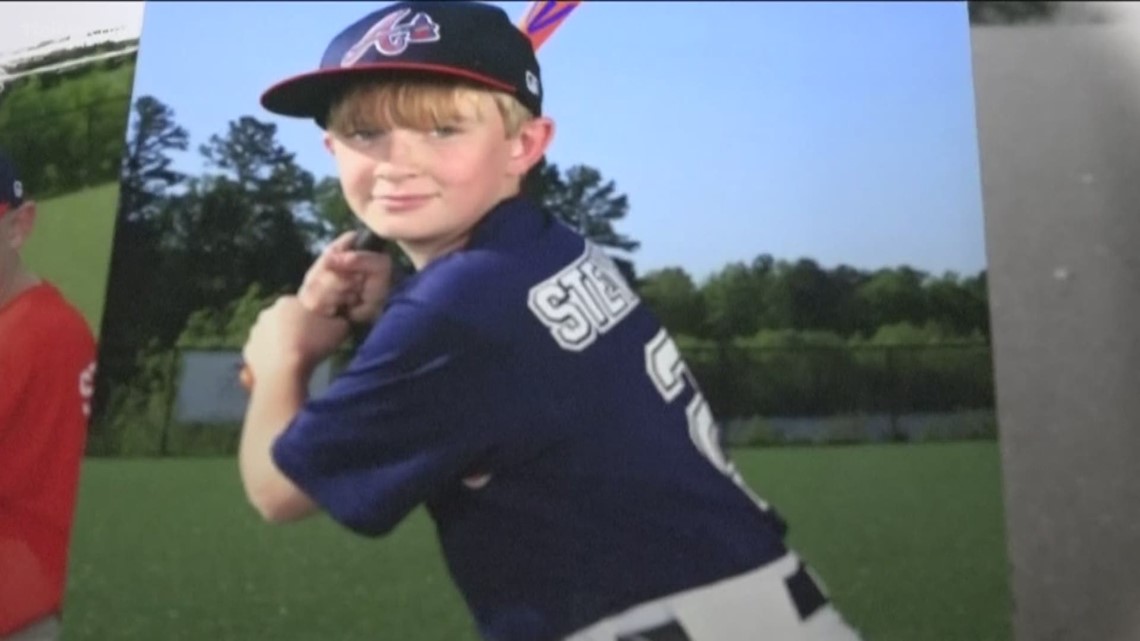 "They wanted to give him 30 [years] and, then, make him serve 13 and they didn't mention to me about the getting out on probation or parole," she said.  "But, I brought that up and so that means he could be out in eight, I mean, seven cause he's already served one."

11Alive has reached out to the district attorney's office regarding the possible plea but didn't receive an immediate response.

The plea hearing is scheduled for Oct. 14 - just about a month before the anniversary of her son's death. And she believes the possible deal just isn't fair.

"It's hard enough with all that coming up, Thanksgiving and all that again, it's just like, a slap in the face," she said.