The victim said the suspect attacked her as she sat outside Bad Daddy's Burgers near Decatur. 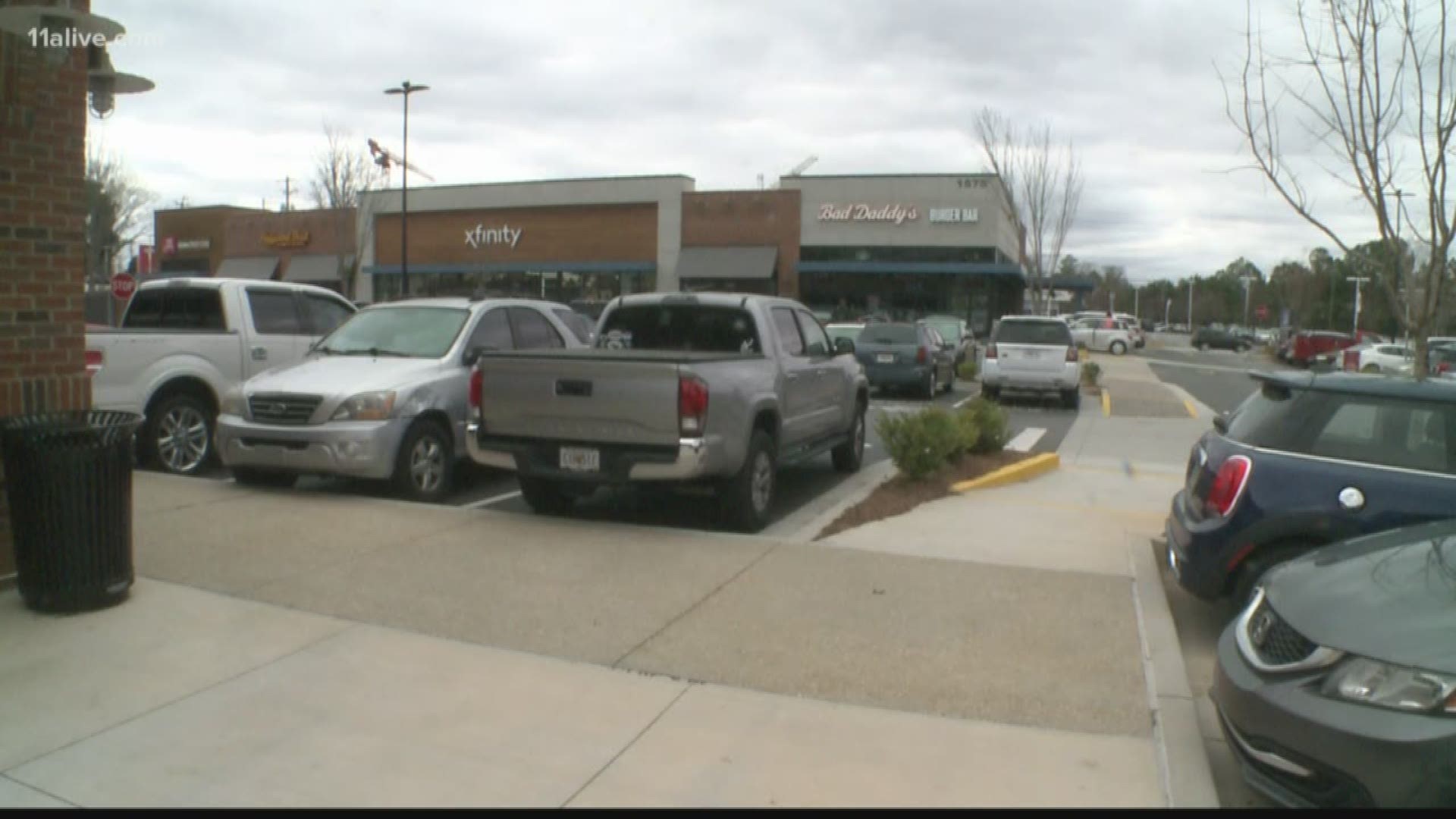 DEKALB COUNTY, Ga. — Police in DeKalb County have put out an alert for a man they believe attempted to kidnap a woman outside a local restaurant while armed with a black rifle.

Police said that on Nov. 25 at around 9 p.m., an unidentified man allegedly attempted to kidnap a 24-year-old woman. Authorities said the woman was sitting in her car near Bad Daddy's Burgers at 1575 Church Street outside of Decatur and was about to leave after picking up her food when the attack happened.

That was when the suspect allegedly jumped in the passenger seat of her car and said, "Drive. Drive" while pointing a rifle at her. Despite the attempt, police said the victim was able to escape after jumping out of her car and running back to the restaurant.  She had someone else call police because had dropped her phone while running.

She described her attacker as a Hispanic man who appeared to be between 40 and 50 years old. He was between 5 feet and 5 feet 2 inches tall and around 130 to 135 pounds. The victim said he had short black hair and was wearing a black jacket, dark pants, a black hat and was armed with a rifle. She also said his eyes appeared to be red and bloodshot. She believed he may have been intoxicated.

Police said he was last seen driving away in a gray four-door vehicle. The victim wasn't injured and had nothing taken from her car.

"This is a very isolated incident," Ford said. "Reports we have is that this male is probably intoxicated. We've had no similar crimes, we have no similar abductions, we have no stranger-to-stranger kidnapping."

A local news website reported a second, similar incident at another nearby shopping center, but police believe only one was an abduction attempt.

"About 20 minutes later, he was about half a mile up the road. The person we believe to be the same suspect asked someone to roll down their window. When they rolled down their window slightly, he asked to borrow a cell phone," Ford elaborated.

DeKalb Police are still searching the area for security video of the alleged attacker and asking holiday shoppers to be aware in busy parking lots.

"Pay attention to your surroundings. Know who is around you and let someone, family member or friend know where you're at," Ford urged.