Almost 40 years later, her identity is still unknown. A convicted serial killer confessed to her murder.

A special forensic team created a facial reconstruction based on the woman's skull hoping that someone can identify her. 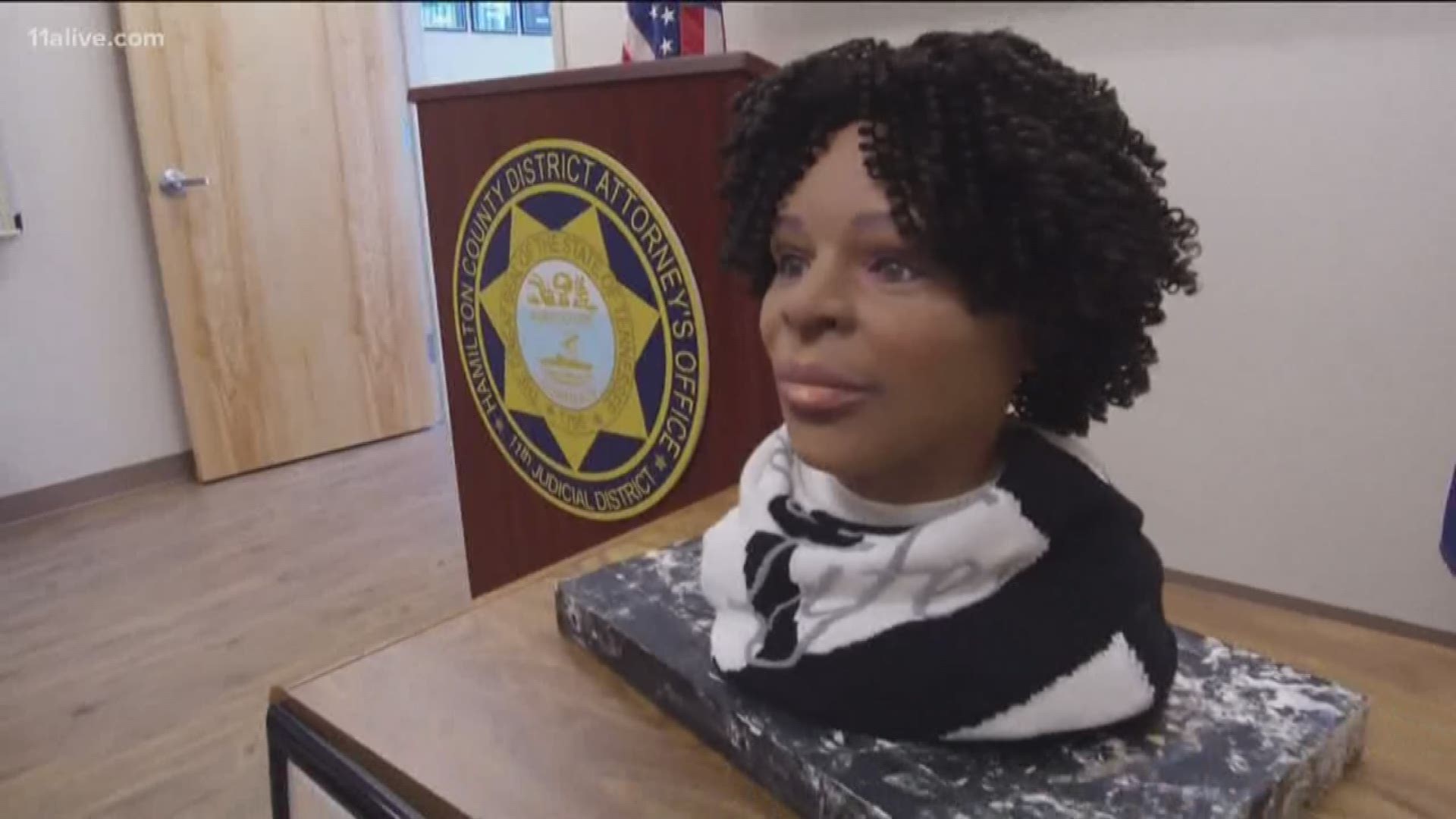 Authorities are connecting convicted serial killer Samuel Little, who has confessed to 90 murders across the country, to a 1980s cold case where an unidentified woman's naked body was found in Georgia.

The Georgia Bureau of Investigation said Little, who claims to be among the most prolific serial killers in American history, confessed to killing a woman who was found in dead in 1981 in Dade County, Georgia - which borders Tennessee.

Facial reconstruction of one of Samuel Little's victims

1 / 4
GBI
Authorities said the woman was murdered in Sept.1981. Her identity remains a mystery. Samuel Little confessed to her murder, authorities said. They are using facial reconstruction to try and find her family.

Almost four decades later, the woman's identity remains a mystery. To help try to identify her, the Georgia Bureau of Investigation said a special forensic team created a facial reconstruction based on the woman's skull.

This is just one of Little's alleged victims that authorities have tried to identify. The Georgia born man has sketched several women he claimed he's murdered. Some of the crimes date back to the 1970s.

Here's a closer look into how authorities connected Little to this 1981 Georgia case.

In September 1981, authorities found a young Black woman dead in northwest Dade County. She was discovered naked in a wooded area.

Her identity was unknown.

The GBI said In August 2018, the FBI reached out to Hamilton County, Tennessee officials after Little - who sits in a Texas prison awaiting trial for the death of another woman - told authorities about the alleged 1980s homicide of a young Black woman.

Records didn't show a missing person or an unsolved homicide matching Little's description in that area. But when Tennessee officials reached out to law enforcement in its neighboring state, GBI said Special Agent in Charge Joe Montgomery immediately recalled the 1981 murder investigation.

GBI said the information from Little’s confession made it clear he was describing the Dade County cold case. Last December, GBI agents went to Texas to interview little about the homicide.

The GBI said Little told them he met the woman in a nightclub in Chattanooga. He claims they left the club together and went to a secluded road, where he said he strangled her.

The Black woman, he described, was light-skinned with a big build. She was in her early to mid 20s.

GBI said Little admitted that after he killed her, he rolled her body off an embankment and the "body kept rolling," which implied he was on a steep ridge.

Authorities said the information Little provided regarding the initial encounter and ultimate homicide confirm he is the one responsible for killing the unidentified woman.

Little is known for sketching many of his alleged victims. In fact, authorities have released some of the hand-drawn portraits hoping that the sketches will jog someone's memory.

However, in this 1981 Dade County case, the GBI said they had already begun attempts to identify the victim well before Little's confession.

A special forensic team created a facial reconstruction. They were able to design it based on the woman’s skull.

GBI said the lengthy process involves placing tissue markers at specific points on the skull so that once clay is added, the result is a reconstruction that looks as close to the victim as possible.

Credit: WXIA
Authorities said the woman was murdered in Sept.1981. Her identity remains a mystery. Samuel Little confessed to her murder, authorities said. They are using facial reconstruction to try and find her family.

Investigators think the woman was from the Chattanooga area, northwest Georgia or northeast Alabama.

Due to overlapping jurisdictions, this is an ongoing joint investigation between the GBI and Hamilton County DA’s Cold Case Unit in Tennessee.