Police say they have arrested a man in the October 31 shooting death at an east Atlanta apartment complex. 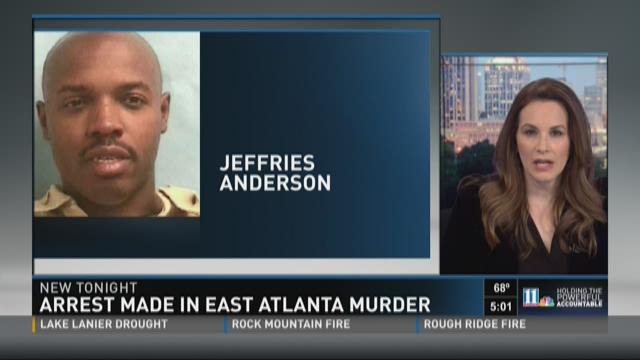 ATLANTA -- Police say they have arrested a man in the October 31 shooting death at an east Atlanta apartment complex.

Police said Newton and a friend arrived at home and found the door ajar. When he entered, Newton found a man inside. After an altercation, the suspect shot Newton, who died at the scene.

Newton's brother, Trey, said the family is thankful that "a violent criminal is off the streets."

Anderson has a long criminal history.

Surveillance video caught an image of the suspect (APD)

He spent 12 years in prison for a manslaughter conviction out of Dekalb County. Anderson also has a warrant in Cobb County on burglary charges.

Atlanta Police believe he may be responsible for burglaries surrounding Newton's apartment complex.

Atlanta Police credit images of Anderson caught on surveillance video with allowing them to capture him. They said they believe Anderson may be tied to a string of burglaries in the apartment complex.

"Can you imagine how many more days we would have been behind in this investigation without some type of video?" said Deputy Chief Darryl Tolleson.

Additionally, police said they do not believe Newton was targeted, but simply walked in on Anderson during a burglary.

Anderson was arrested without incident at his home in Decatur, and was taken to the DeKalb County Jail, where he remains without bond.