Warning: The video in this story may be hard for some viewers to watch. 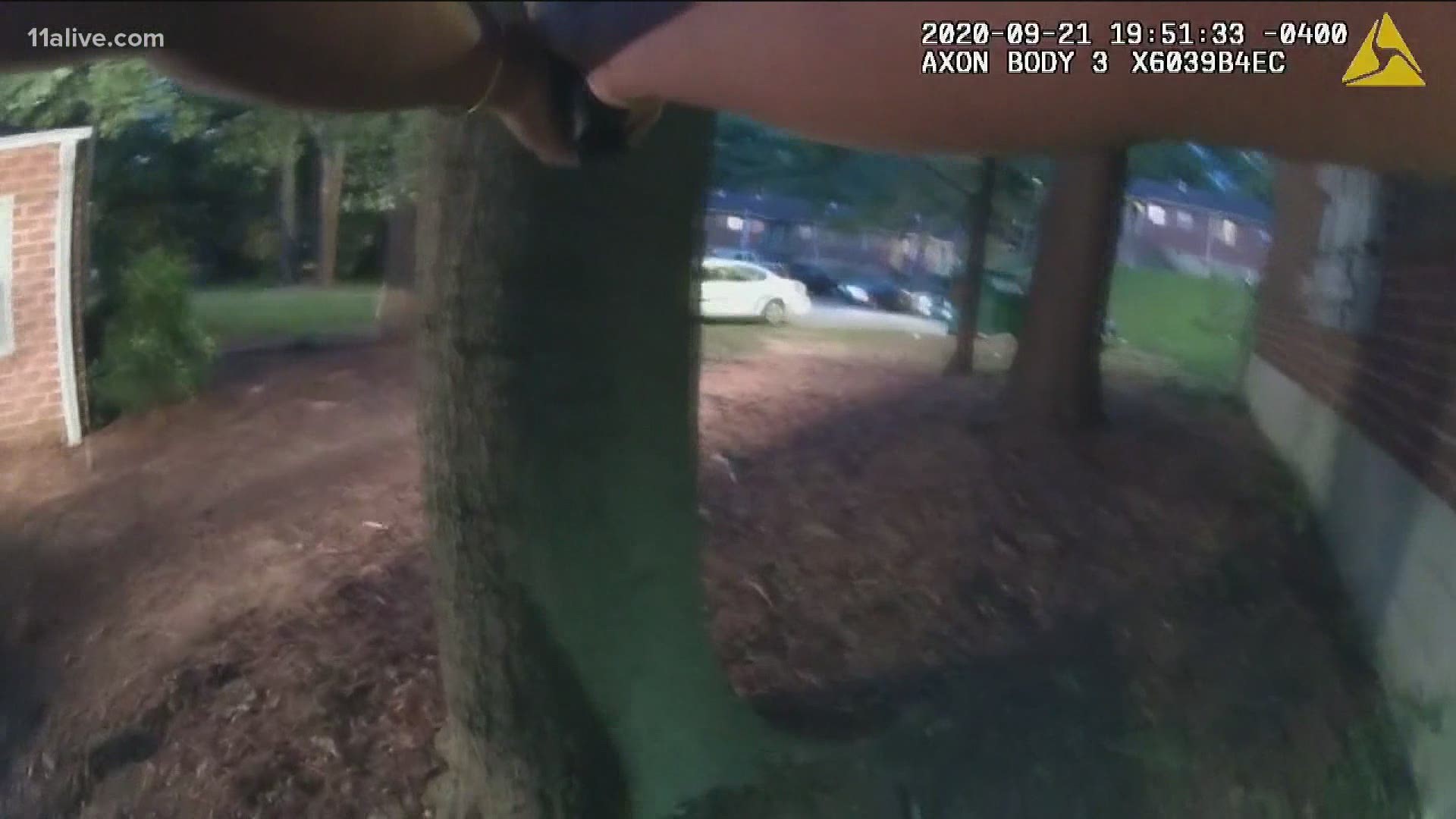 ATLANTA — Atlanta Police released three lengthy bodycam videos Tuesday evening that show the moments before and after one of their officers shot a person Monday.

The man, who the Georgia Bureau of Investigation identified as 28-year-old Dearian Bell, died from his injuries.

GBI said APD officers received a 911 call about a domestic incident near 510 Cassanova Street Monday evening. When they arrived, Bell and his wife were inside of a vehicle.

According to GBI, Bell got a firearm out of the car, started walking around, and ignored commands.

APD released the bodycam video of three officers who were there as the situation unfolded. One of the videos is about 26 minutes long, while the two others are about an hour and 45 minutes long. 11Alive clipped a short excerpt from the video, which shows the view of one of the officers.

In the clip, you can see a person standing next to a car from afar.

"The taser not gonna stop me," the man yells.

He continues to shout as police yell "put down the gun."

Man: Man she not leaving!

The officer tells the others he is grabbing for something.

Officer: It's not a gun.

Officer: He's got a gun back in his hands. Put it down!

The man continues to yell that "she's not leaving."

The sequence of shouting and the officer yelling for him to put the gun down continues, then you hear her say, "I'm not waiting any longer if he comes any closer."

In the view, you can see the man walking closer. As he gets closer to a building you hear a gunshot.

She screams, "let me see your hands!" and "put your hands out".

You can see him extend his arms and then other officers walk over to render aid. She calls for medical assistance from Grady. Shortly after, you hear her crying.

Another officer walks over to console her as she continues to cry.

The GBI said Bell was taken to the hospital where he was pronounced dead.

The GBI will continue to conduct an independent investigation. Once complete, the investigation will be provided to the Fulton County District Attorney’s Office for review.

The video may be hard for some viewers to watch. You can watch it below.