Atlanta Police are warning drivers to never get out of their car if someone bumps it from behind, instead call 911 and wait for the police to arrive. 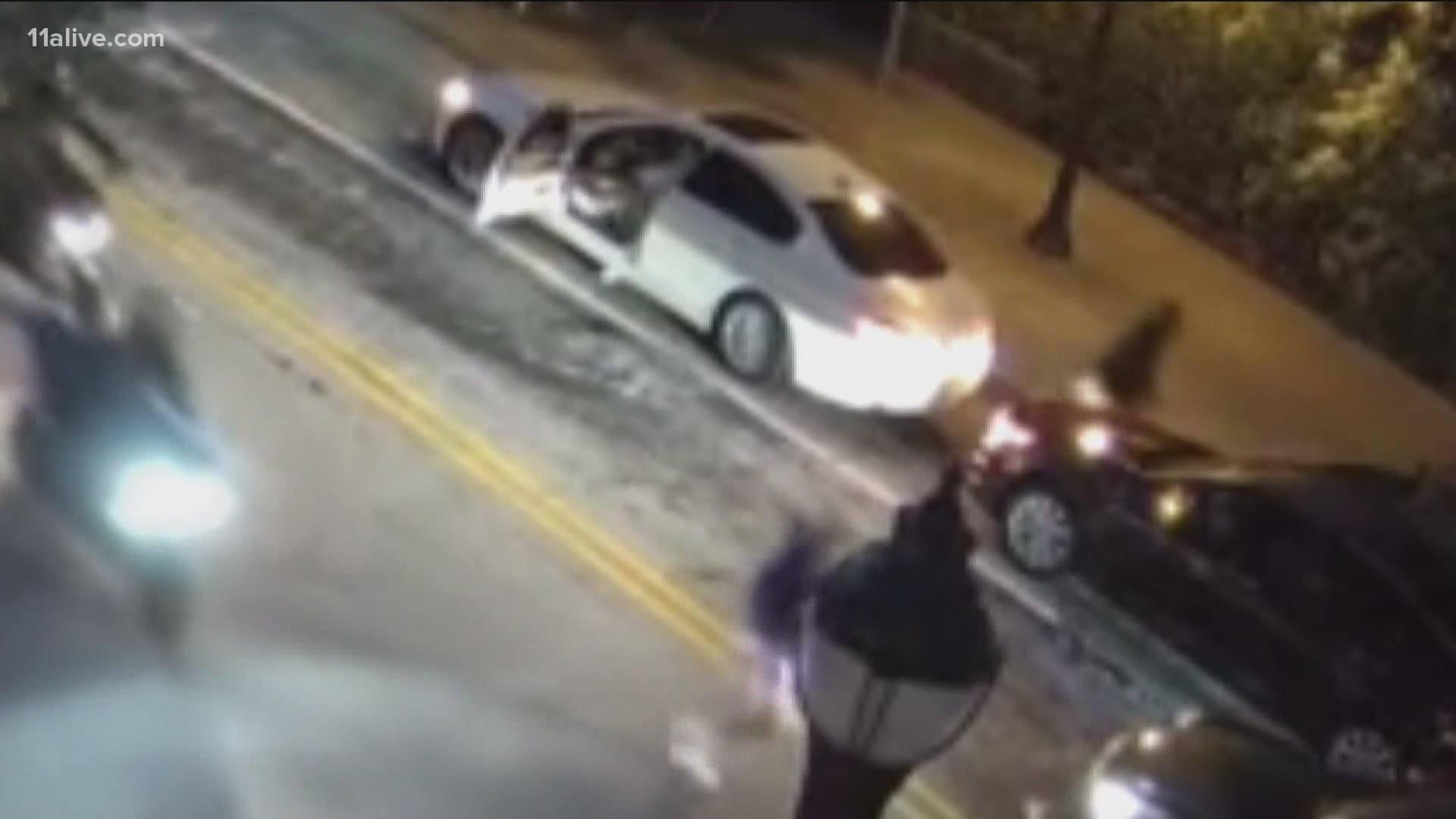 They say if you are driving and someone bumps your car from behind, don't ever get out of the car to check for damage, because the driver behind you may be trying to lure you out, to steal your car.

One example of countless, recent "bump and rob" carjackings in Atlanta is the one from May 5, 2021.

A young woman driving that night on Howell Mill Road near 14th Street in northwest Atlanta was blindsided—bumped from behind in slow-moving traffic. And suddenly her life was threatened at gunpoint, for her car.

She recalled Monday that as soon as she felt the car behind her tap her rear bumper, she instinctively “got out of the vehicle to see – was my car damaged?”

She asked 11Alive not to use her name, still frightened by what she faced next.

Her car was OK.

But then, things took a turn.

“As I turned around and gave them the thumbs up, they both got out of the passenger and the driver side with rifles and walked up to the car, and from then on everything kind of happened fast," she said.

She had guns in her face. In an instant, they stole her car.

“I wasn’t really focused on anything, I was focused on surviving, basically.”

Credit: WXIA-TV
Woman carjacked in 'bump and rob' warns drivers who are rear-ended to stay in their cars, call 911, and do not get out for any reason

This past Friday, the same scheme happened in Midtown Atlanta.

Atlanta Police said a driver on 14th Street near West Peachtree Street felt the car behind him tap his rear bumper.

When he got out to check, police said the people who bumped him pulled guns, and he pulled his own gun, and everyone was shooting. The car thieves still got away with his car.

Atlanta police do not track carjackings separately. But so far in 2021 in Atlanta, car thefts in general -- which include carjackings -- are up 29 percent compared with the first half of last year.

Atlanta police said the "bump and rob" or "bump and carjack" is now so common, they’re warning people on Facebook:

”There have been several recent “bump and carjack” incident situations in the Atlanta area. The Atlanta Police Department wants the public to stay safe and be mindful in certain accident scenarios. If someone hits your vehicle from behind, as in bumping you just enough to get your attention, we ask that you do the following:

• Do not get out of your vehicle.

• Do call 911 and explain what happened and provide your location. Also provide any information you can on the vehicle/persons behind you by using the rear-view mirror.

• If you must move your vehicle, drive to a well-lit, populated area or a police precinct and call 911.

• Wait for police to arrive before assessing the damage.

While most vehicle accidents are truly accidents, some can be a set-up for a carjacking and/or robbery. If you are in doubt, call 911 and wait for police assistance.”

There have been several recent “bump and carjack” incident situations in the Atlanta area. The Atlanta Police Department...

Posted by City of Atlanta Police Department on Friday, July 9, 2021

The driver who survived the May 5 assault wishes she could tell that to everyone. So far, police have not arrested the people who attacked her.

But police did find her car the next day.

Some of her personal belongings inside the car were gone.

To this day, the bumper scratches are still there, along with awful memories.

“Don’t get out. Keep the windows up. And drive to somewhere where a lot of people are, even if you know you risk whatever, you’re saving your life.”

It is painful, she said, to recall it all, now, but she is wanting all to hear it from her.