The list of Catholic priests accused of abusing minors dates back to 1956. 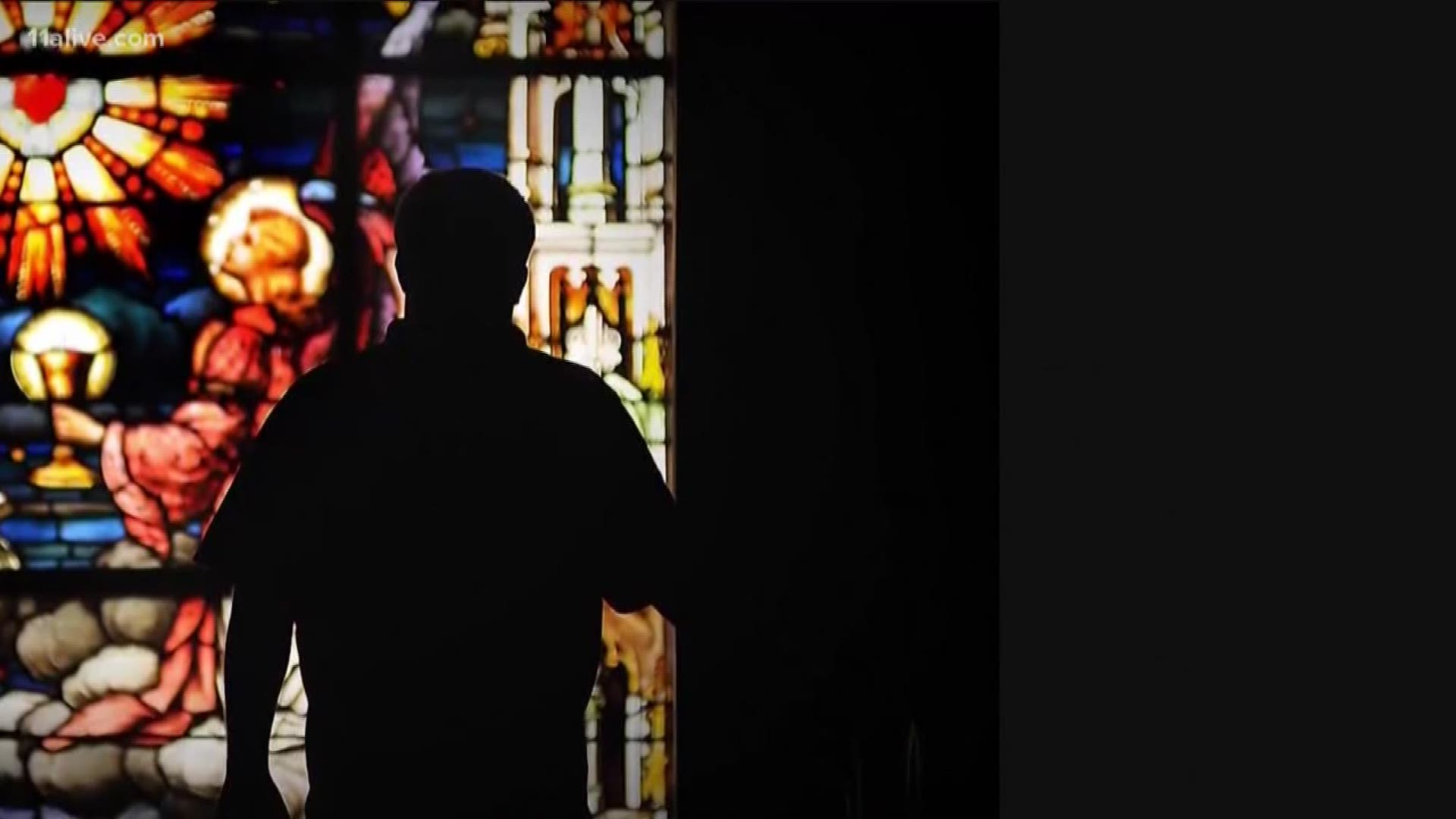 ATLANTA – The Archdiocese of Atlanta has released a list of priests and other clergy “credibly” accused of sexually abusing minors, dating back to 1956.

Wilton D. Gregory, the Archbishop of Atlanta, said in a release on Wednesday that the Church was compelled to release the names as part of compliance with the United States Conference of Catholic Bishops’ Charter for the Protection of Children and Young People -- in response to accusations of abuse at the hands of priests worldwide.

“Along with the publication of this information, I also renew my apology for the damage that young lives have suffered and the profound sorrow and anger that our families have endured,” Gregory said. “It is in a response of faith that must accompany this listing.”

Darren Penn has represented 50 victims of abuse by the Catholic Church and said the scope of the report is crushing.

"One of the things that jumps out to me about this report is that it covers all the way back to 1956. So the Archbishop puts out information in 2018 that confirms information was concealed for years and years and years," Penn said.

He also questioned the timing of the release - just one day after a massive midterm election.

"The very next day you get an incredibly damaging report. Maybe they were trying to bury it," he theorized.

The Arch Bishop of Atlanta wrote in the release they put the names out under the advice of a review board. There are 15 Priests on the list - 7 of them are dead. Only 4 were ever convicted of wrong doing, though all on the list are either deceased or removed from the church. But Penn said that's not enough.

"How many files are there? How many reports were there? How many of the reports that came in through the Catholic Church were actually forwarded on for follow up," he questioned. "The really sad part is that we don't know how many victims were involved."

In the release the Archbishop renewed the church's apology for the behavior, but would not talk on camera. Regardless, Penn said he expects a lot more victims will come forward after this release.

The Archdiocese said the list of following names will be updated if more credible allegations of sexual abuse of minors is determined.

Priests with credible allegations of child abuse in the Archdiocese of Atlanta: