Ashley Marie Davis was accused of abusing two dogs - including leaving one of them to starve to death. 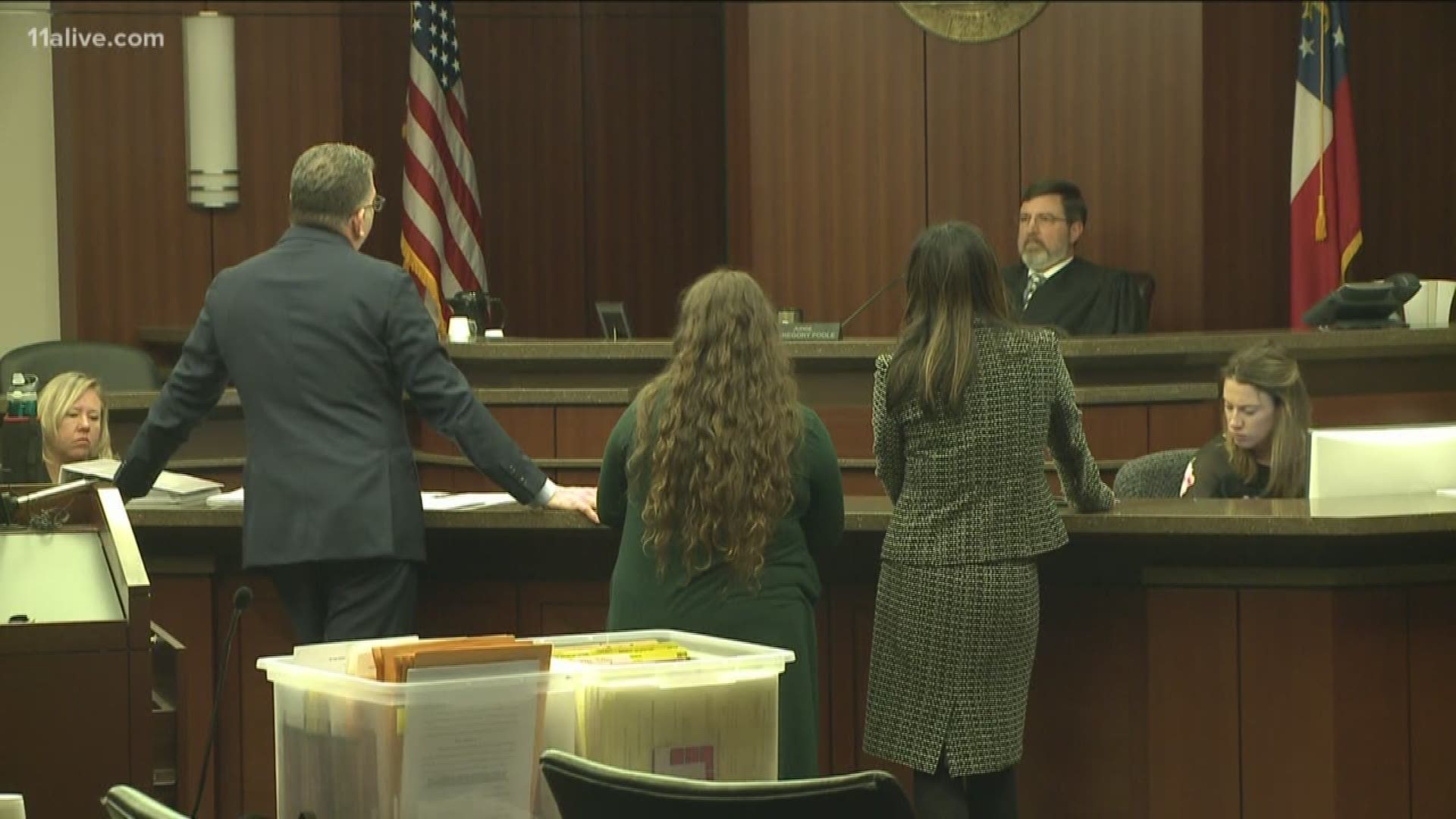 COBB COUNTY, Ga. — A pet sitter accused of abusing animals pleaded guilty to the charges before a judge on Monday.

Ashley Marie Davis was accused of abusing two dogs - including leaving one of them to starve to death.

Cobb County Animal Control issued warrants for her arrest back in June 2017 on two counts of aggravated cruelty to animals and two counts of abandonment of domesticated animals. However, she was able to escape arrest for almost a year. She was finally arrested in April 2018.

It all started when an animal rescue organization placed "Lucky" with a Davis as a foster pet, until he could be adopted.

Justine Stinnett said she handed off Lucky, who is deaf, to the Smyrna woman on Nov. 11, 2016. According to her, when she dropped him off, he was a healthy 50-lb. dog.

But a month later, she had to save the rescue dog, after finding out that he had missed a vet appointment. When she found Lucky, he was starving and emaciated, sitting inside a crate that Davis had allegedly left out in the rain. Authorities believe Davis may have left her house and moved two weeks before the dog was found, intentionally leaving Lucky behind.

After Lucky's story went viral, the director of the Meriwether County Animal Shelter said she contacted Stinnett, concerned about a dog Simpson that they had recently adopted to the same woman. Stinnett immediately returned to the house to look for Simpson, a blind American bulldog.

"We went back to the house and the door was open and there he was. He was stumbling, he can’t see. He’s blind. So mine was deaf. So she left a blind dog and a deaf dog to die in a home with no food, no water. Nothing," Stinnett said in a previous interview.

Lucky has since made a full recovery. Police found three other dogs in Davis' home, including a severely underweight dog. Those dogs were all said to be in good health.

During the court appearance Monday, Davis' lawyers argued that she was experiencing hardship during that time and asked the judge to allow her to accept a negotiated plea.

"There is no doubt that this is a horrible case, but based on my extensive conversations with Miss Davis, as well as the psych evaluation, I believe Miss Davis was going through some emotion issues during this period where she wasn't able to take care of herself, let alone her dogs," argued her counsel. "And she is very regretful of her actions and she understands the severity of her consequences if she doesn't do what the court is asking her to do."

The judge ultimately agreed and allowed Davis, now 29 years old, to plead guilty to three charges - two counts of aggravated cruelty to animals and a county of making false statements. He then issued Davis, who had no prior record, a five-year suspended sentence and 10 years of probation, meaning if she violates any terms of her probation, she would immediately have to serve five years in prison. She could have faced up to 15 years in prison had she gone to trial and been found guilty.

"Your promise to me has to be that during the 10 years that you're on probation, that you will not violate the terms of your probation," the judge said before the court on Monday. "It means we don't trust you to have any supervisory protocol over any animal. The bad part of that is that I'm making a promise to you, and my promise to you is, if during the next 10 years prosecutor brings you in here and proves to me you violated these pages of rules, then the first ting I'm going to do is put you in prison for five years."

In addition to probation, Davis will have to complete 150 hours community service and can also have no drugs or alcohol or be in possession of any animals, among conditions.

Lucky the dog released from hospital in time for Christmas