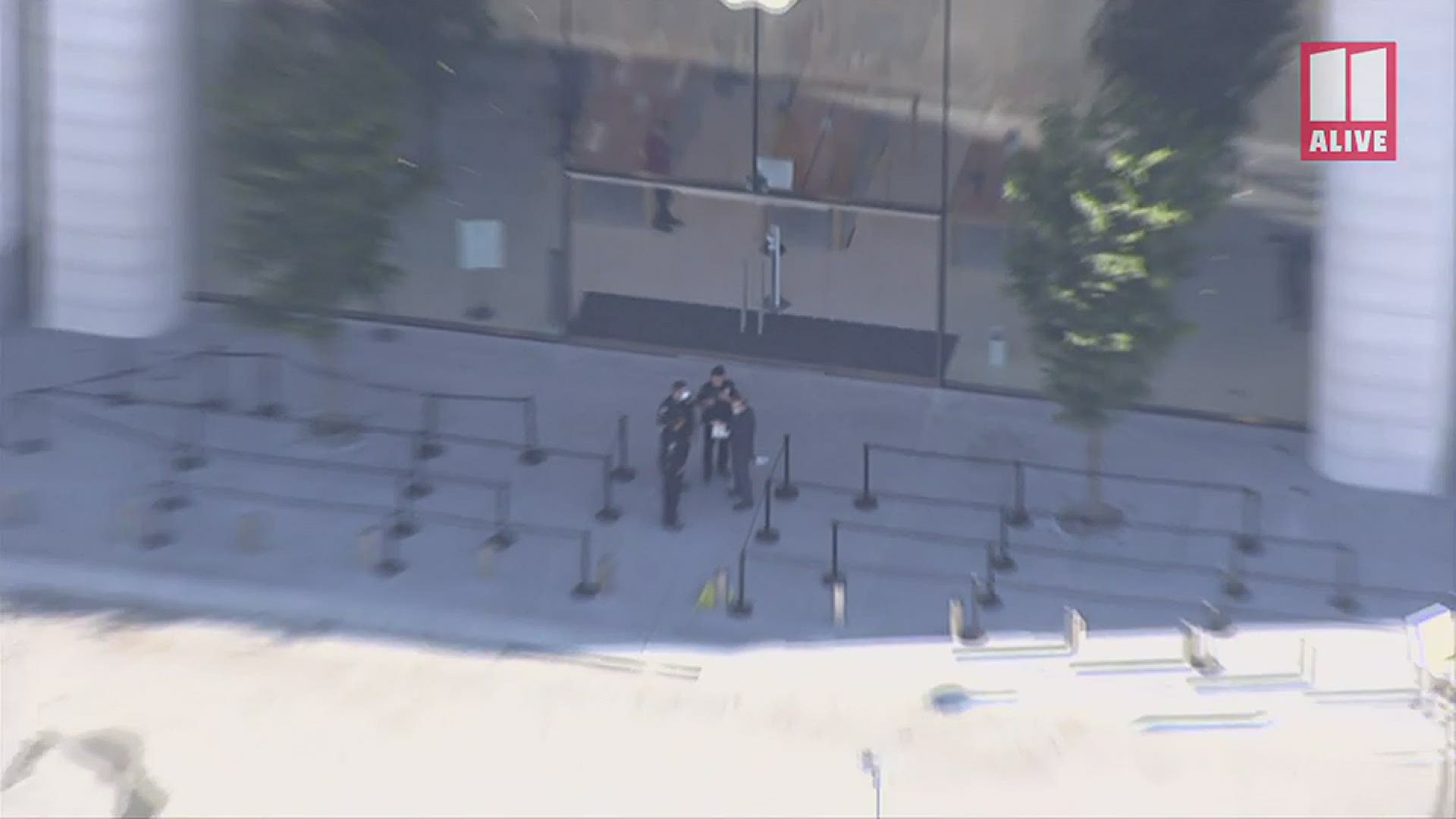 ATLANTA — Police said one male was shot and wounded inside Lenox Square, located in the 3300 block of Peachtree Road at around 3 p.m. on Friday afternoon.

Atlanta Police said the shooting happened inside the Apple Store, located near the Peachtree Road entrance to the mall.

According to Atlanta Police Officer Anthony Grant, the man who was shot was struck in the buttocks following an argument with what he called a "group of male suspects."

One of them shot the victim in the rear, then left in what Grant said appeared to be a blue Chrysler Pacifica with Georgia license plate number CML8659.

He said that the victim was transported in stable condition to Grady Memorial Hospital in downtown Atlanta for treatment of his injuries.

Grant said that officers were able to catch one person, who they are now questioning in connection with the incident.

He said that police are looking for other suspects and a vehicle in connection with the shooting.

The Apple Store location where the shooting occurred opened for business on Friday, having relocated from elsewhere in the mall.

Over the past year, there have been six shootings at the mall, one of the largest shopping centers in the region -- including one shooting involving an officer.

Stay with 11Alive for updates and additional information as it becomes available.