More than 300 officers from 23 agencies took part in capturing the defendants. 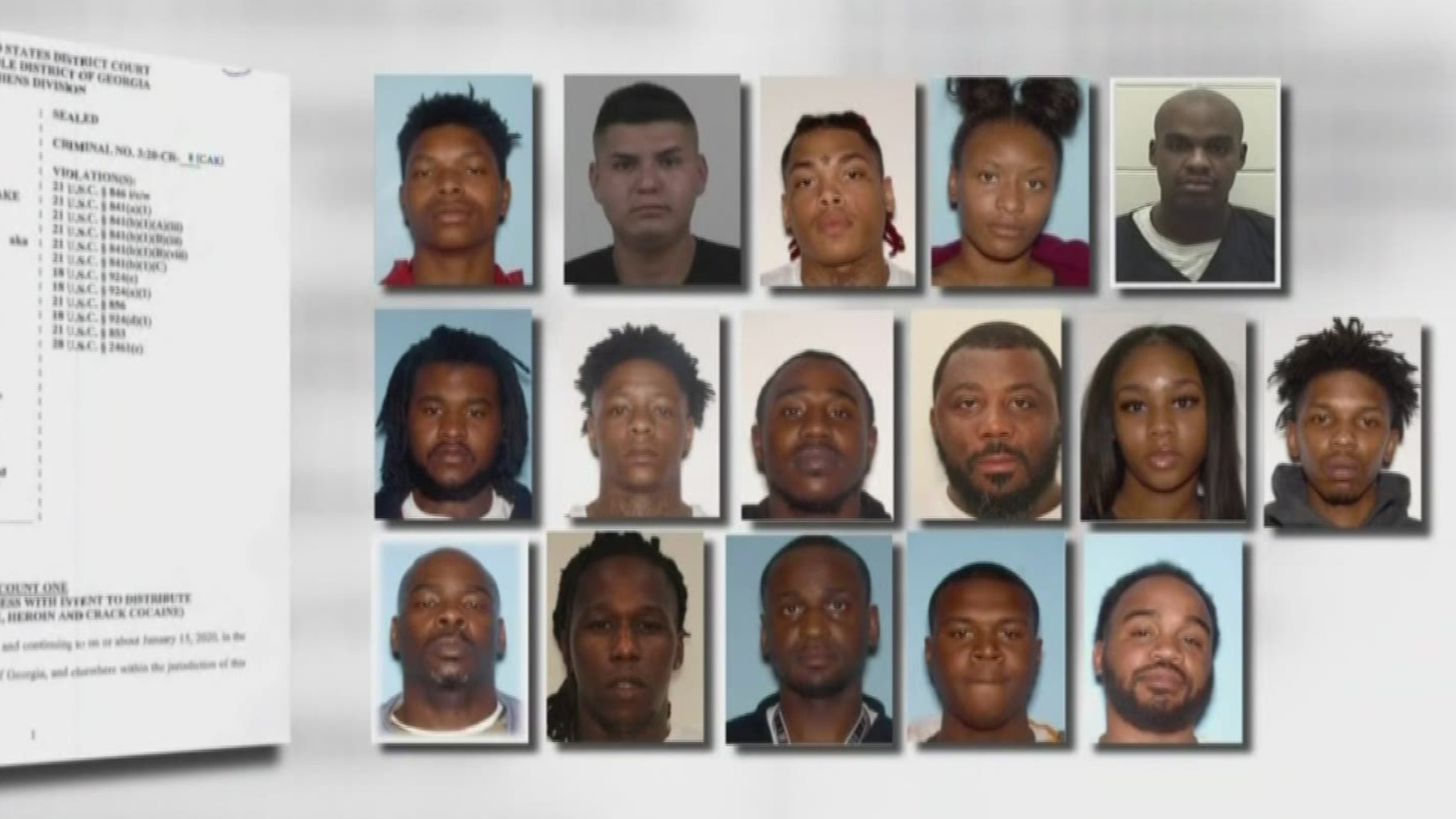 ATHENS, Ga. — A total of 16 people were arrested this week on drug trafficking and gun charges, police said. One remains at-large.

Just under $1 million worth of drugs and 43 guns are off the streets in the Athens area, thanks to the efforts they are calling "Operation Benchwarmers," a coordinated take-down capturing defendants wanted on federal charges.

According to court documents, the efforts to capture these suspects began in 2018 and continued until last week. Charges include conspiracy to possess with intent to distribute methamphetamine, heroin and crack cocaine.

The suspects involved are:

The bust is believed to be the largest law enforcement operation in the history of the Athens-Clarke County region. The street value of the drugs is estimated to be $955,986, plus $84,013 in cash, authorities said.

The following firearms, cash and illegal drugs were seized:

Authorities said they are still searching for one more suspect, identified as Andrew Bravo Jimenez, aka "Droopy."

They said all of the individuals involved were connected in some manner or another. Most of those charged in this case have an "extensive" criminal history, police said.

"This operation represents the best of what law enforcement can accomplish when federal, state and local agencies come together with the unified goal of eradicating drug trafficking from a community," said U.S. Attorney Charlie Peeler.

"Our message to drug traffickers and gang members and other criminals in Athens is clear: Law enforcement is committed to protecting the citizens of Athens from illegal guns, gangs and drugs."

The individuals face federal charges and police expect these suspects to serve maximum sentences if they are convicted.

“With these arrests, the Athens-Clarke County Police Department is demonstrating its commitment to work with our federal, state and local law enforcement partners to remove violent felons from our community,” said ACCPD Chief Cleveland Spruill. “These suspects, with extensive criminal histories, face significantly long sentences in federal prison."