He was hit while returning home after delivering Christmas gifts 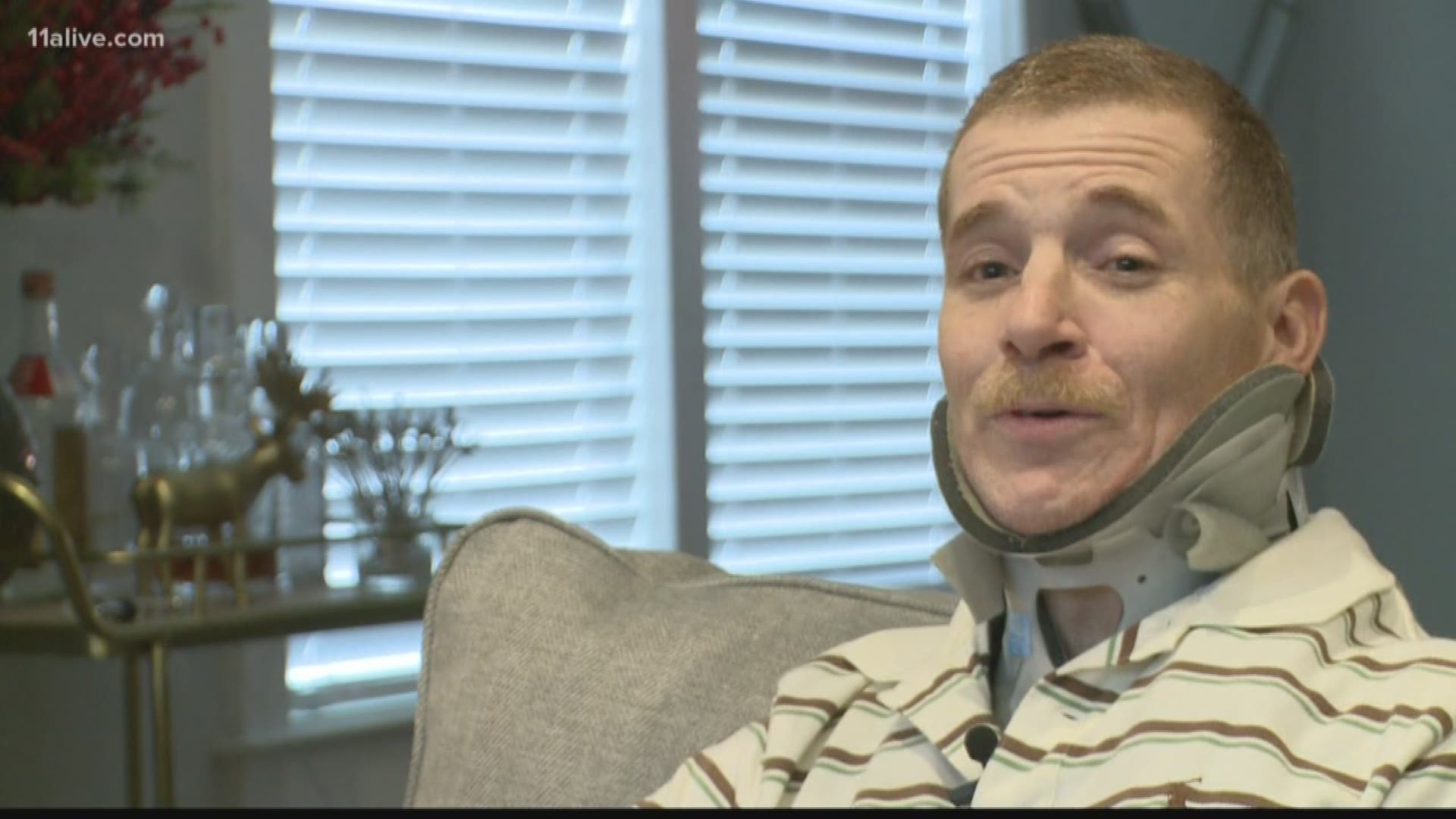 EAST POINT, Ga. — An Atlanta man was on his bike, delivering presents before the Christmas holiday. Now, he doesn't know when he'll walk again.

Michael Cook told 11Alive's Joe Henke that riding his bike is how he traveled to and from work and around town for years. Cook puts hundreds of miles on his bike, but it's now totaled, and he doesn't know who hit him.

He's also amazed that he's still alive, though, unable to walk after breaking bones in his back, neck and shoulder. He also has two compound leg fractures.

"What I had done was try to spread Christmas cheer and someone hits me on a straight, open-wide road where you can see for 300 yards either way," he said.

East Point Police say they found Cook shortly after 10 p.m. on Dec. 23 on Main Street - about a block south of Harold Sheats Parkway.

He was returning home from bringing Christmas gifts to a friend and saying hello to others.

"I've got a handicap friend, check on her and then there is a couple homeless people that I don't really do anything for them, but just try to say hey to them, let them know that we do care," he said.

As he rode his bike, he said he stopped to check on things.

"Make sure my lights were working and everything was working," Cook added.

Moments later, in a 40 mph zone where everyone is asked to share the road, Cook said a car hit him and he blacked out.

He later learned someone called 911. Police arrived, first responders took him to the hospital, and his bike was left behind.

Cook said he later found pictures of his totaled bike still on the roadside, posted online in a group for bikes stolen or found in Atlanta.

"It snapped the carbon fiber forks in two on my bicycle," he said. "That is how hard they hit me."

Today, only his speedometer was left on the roadside.

He remembers nothing about the crash. And as he drifted in and out of consciousness, Cook missed Christmas.

"I missed almost a day-and-a-half, two days," he said.

In the police report, officers mention Cook being in too much pain to recall anything. Police have no witnesses but did find a few car parts left behind.

Despite his pain, Cook said he only wants his bike replaced.

"That is my bread and butter. You all don't know this, but sometimes I carry a little red flyer wagon to a job with a screw gun and a tool pouch on just to make ends meet," he said.

While Cook wants justice, he said he is praying for the driver who took off - and hopes they were not also injured.  He doesn't know who picked up his broken bike but would like it back to see if any of the parts are salvageable.

Cook's neighbors set up a fundraiser to help with his medical bills. To donate, click here.