'There is a fear of actually driving down University Avenue because folks are in the street. They're shooting,' Sheperd said. 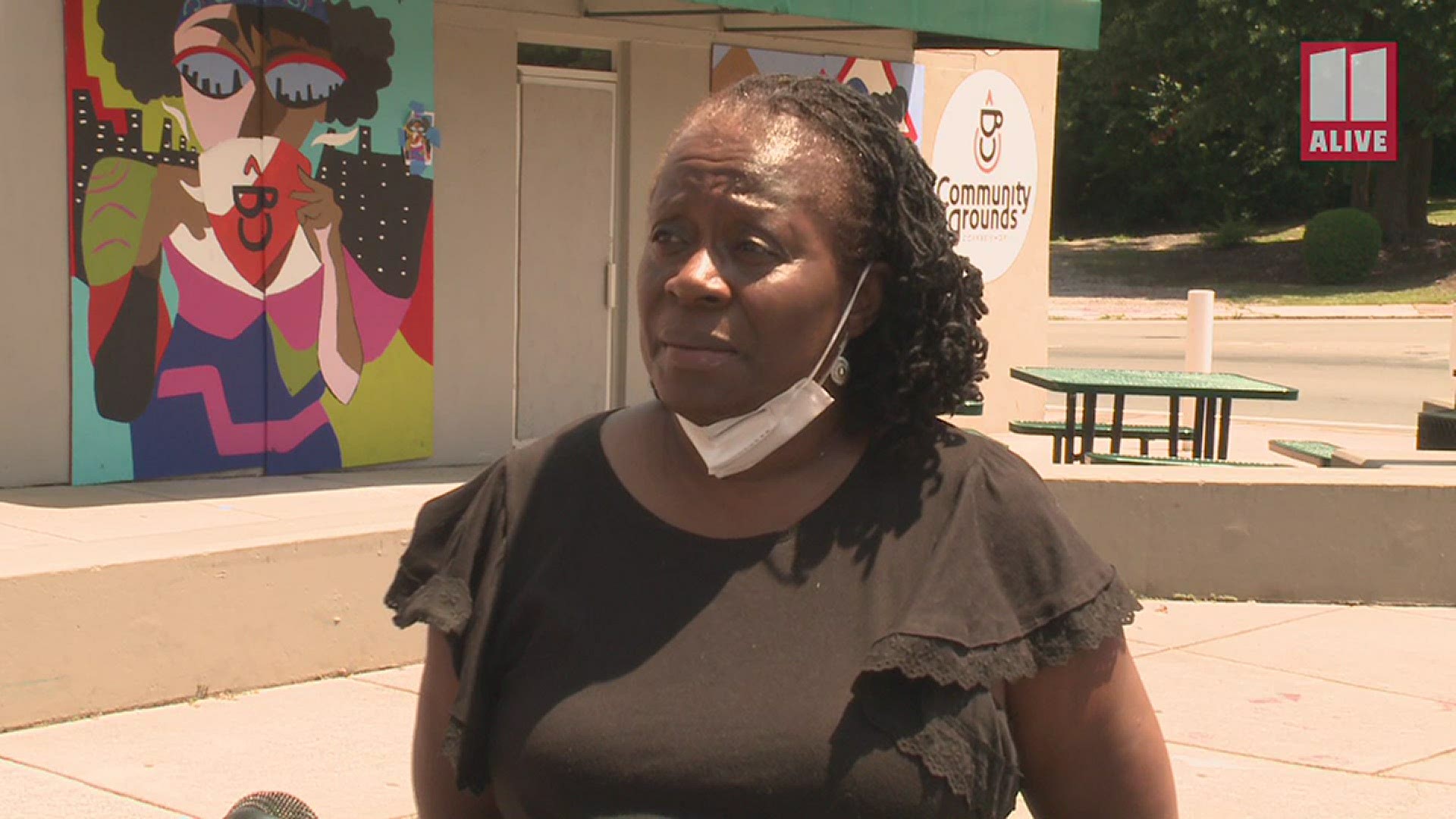 ATLANTA — Atlanta City Councilmember Joyce Sheperd also chairs the council's public safety committee. As a result, she carries a major concern regarding the city's police department as well as their actions and oversight.

Following Saturday night's violent night of shootings, which left more than 20 people hurt and killed an 8-year-old girl, Sheperd wore both a look of pain and determination on her face when she spoke with 11Alive News on Sunday afternoon.

She said she was deeply hurt and disturbed by the shooting death of the 8-year-old girl which took place very close to the Wendy's restaurant where Rayshard Brooks was killed last month.

"That's my district. It hurts my heart...that we have an 8-year-old," she said. "in the car with her mother, and actually get shot."

Atlanta Police received a call about the shooting that took place near the corner of University Avenue and Pryor Road shortly before 10 p.m., Saturday, according to Sgt. John Chafee.

Chafee said that 911 received a call telling police the child had been shot and was being taken by private vehicle to Atlanta Medical Center.

He said that investigators met with the vehicle's occupants at the hospital. He said the girl received medical treatment there, but did not survive her injuries.

A preliminary investigation showed the girl was in the vehicle with her mother and an adult friend when they exited I-75/85 at University Avenue, Chafee said.

He said the driver tried to enter a parking lot in the 1200 block of Pryor Road when he was confronted by a group of armed people who had blocked the entrance. During the confrontation, Chafee said, the group opened fire, striking the vehicle and hitting the girl inside.

The driver then drove to Atlanta Medical Center for help, he said.

"Innocent folks driving down the street and actually get shot," Sheperd said.

Sheperd said that since the Brooks shooting on June 12, this is not the first shooting along that stretch of University Avenue, and that her constituents have been in contact, concerned about the safety of traversing University Avenue.

"That's been a major concern called to my attention by residents in Peoplestown, Joyland, Pittsburgh, Highpoint Estates -- a lot of residents are saying, 'Councilmember, there's a fear of actually driving down University Avenue because folks are in the street. They're shooting,'" Shepherd said. "This is the second time we've had people shooting, taking over that street and actually shooting people on the streets -- in the middle of University Avenue."

Shepherd said that when she was younger she participated in peaceful protests.

"Peaceful protesting is fine," she said. "Back in my day, I did peaceful protesting, so I understand. Back in the 60s and 70s, I was out there. But never to the extent of what is happening today."

She said that it is time for the police to take back the streets.

Shepherd said that the reforms are certainly necessary, but so are the officers, especially in light of what happened Saturday night.

"We have to get our arms around this. I've got to stop what is happening on University Avenue. We've got to come up with something that is going to be a peaceful resolution -- not all of this killing each other in the streets," she said. "We need them, but we need to make sure they are doing the right thing. Making sure that when they confront our citizens and there are things going on that we've got to completely retrain them."

Police officers in Atlanta and other cities have said that they are feeling that administrations do not support them. That they are not needed.

Sheperd said that couldn't be further from the truth.