The mom said she fears the gunfire is retribution after she called police to report a gun battle near her home. 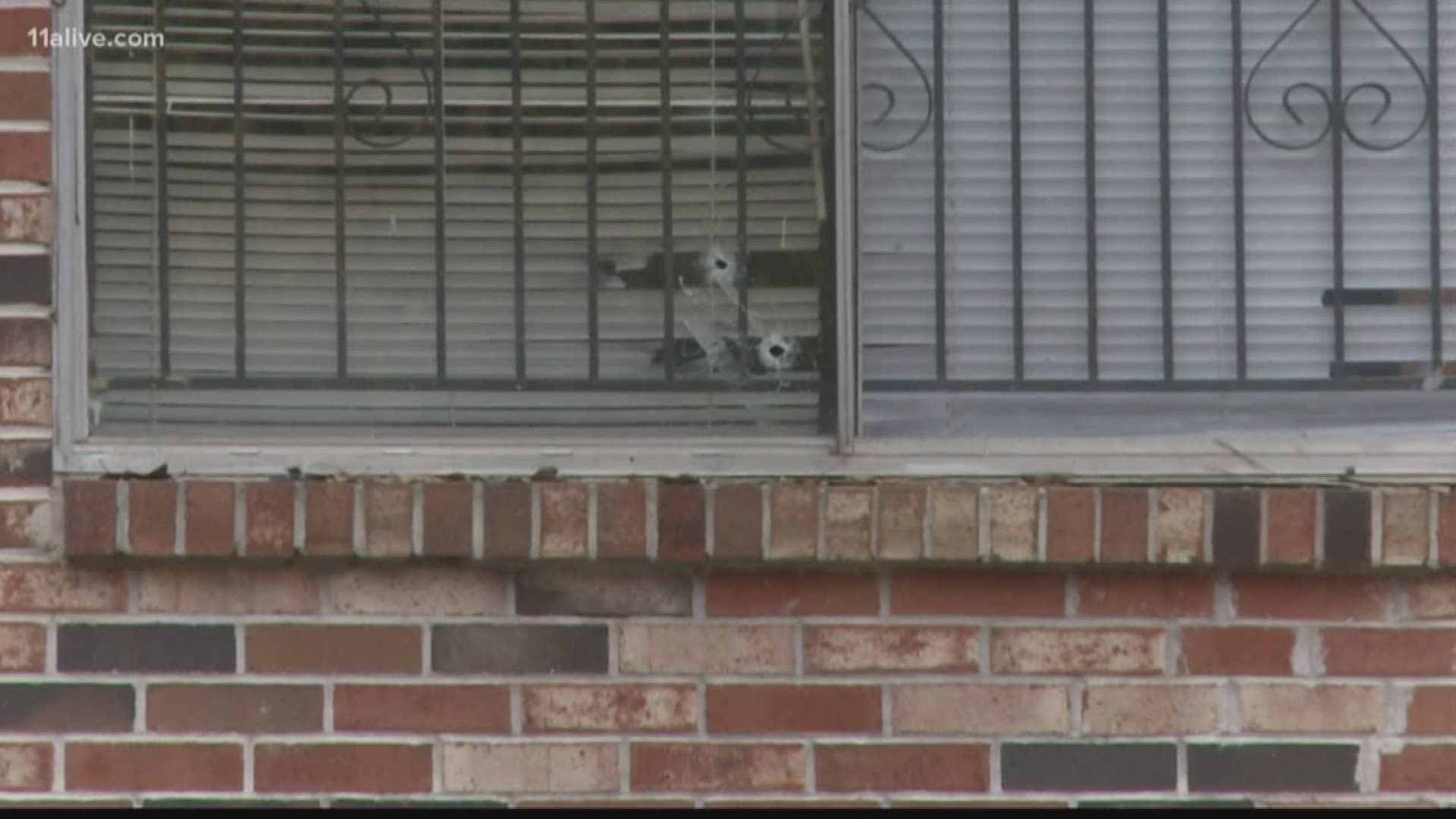 ATLANTA — A mom says she and her three children are terrified after someone sprayed bullets into their home --three times, so far, in 2019.

Atlanta Police are asking for witnesses to come forward to help them catch the shooter and protect the family. The family's Jeep was parked out in front of their Atlanta home during the shootings. It is now covered in bullet holes and its windows are shattered.

The spray of bullets chipped away at their home's exterior brick, and pierced the front windows and continued into the interior walls and into the kitchen. The bullets missed the family--Aaqilah White and her three children, ages 11 years, 8 years and 18 months.

"When I realized that we got out OK, I was like, 'It's time to go. We can't stay here no more'," Aaqilah said Thursday.

She and her children moved out and moved in with a friend.

"They're shaken, just as well as she is and I am," her father, Andre White, said.

RELATED: Police search for shooter, after multiple people are attacked by person with pellet gun

Their street, Rex Avenue, SW, is a dead end, with one way in and one way out.

Aaqilah can only speculate; she said that in February, two men no one in the neighborhood knows got into a gunfight there, and that was the first time bullets struck her house and car. She called the police, possibly angering, she said, one or both of the gunmen.

"So, these two [latest shootings], I feel like, is payback," she said. "Maybe they feel like somebody told on them or something."

Atlanta Police have recovered shell casings and are told 11Alive News Thursday detectives are doing all they can to track down who has been shooting at Whites' home over and over again.

"So, last night was a lucky night, because they were asleep earlier," Aaqilah said. "They weren't running around the house playing or anything, whereas the bullets could have hit them."

A working mom--she and her children's lives are full of school, cheerleading, and sleepovers. Now, she says all she can do is try to escape with them, to protect them, as she prays police will find a way to end this.