She said over the violent weekend in Atlanta, all the officers showed up to work. 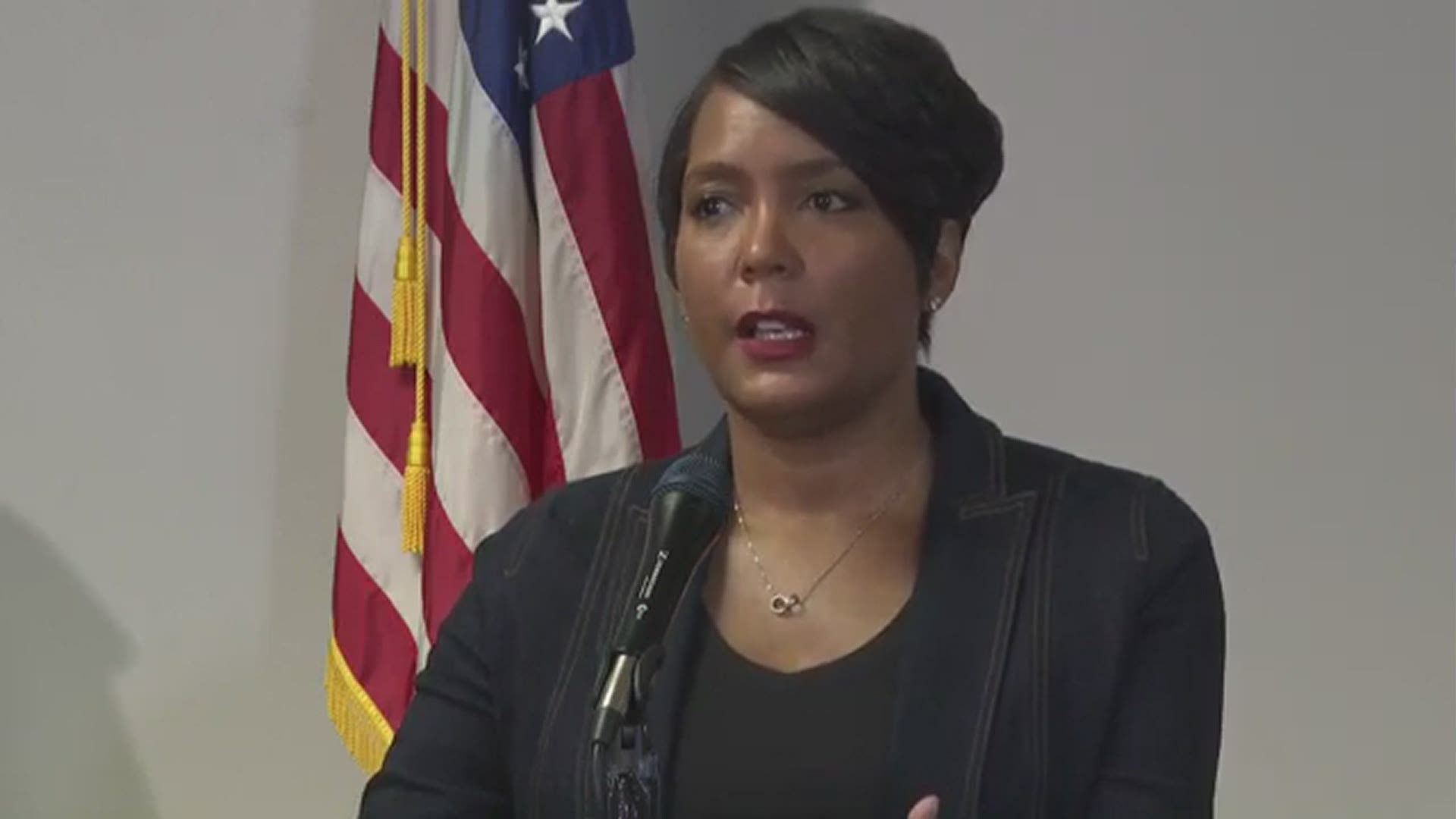 ATLANTA — Atlanta Mayor Keisha Lance Bottoms made a few points clear about the Atlanta Police Department during a news conference on Sunday evening following the shooting death of an 8-year-old girl near the Wendy's where Rayshard Brooks was killed.

In the past several weeks, there have been many comments made about the police officers in the city of Atlanta -- one being that they do not have support from leaders -- after multiple officers were fired and later charged following incidents in the city.

She said that this is not the time for leaders to throw their hands in the air during this time, but instead, for everyone to take responsibility.

While she said she understands it is tough for everyone, Bottoms said that it can't be them versus everyone else. It needs to be everyone in this together.

"This is we. This is all of us working together saying we all perhaps have fallen short and can do better," she said.

After a question was raised during the news conference about the officers fired in recent incidents, she brought up the historic pay raises for officers when she was elected, despite not having the support of law enforcement at the time.

"That commitment stands. But the reality is that as mayor, I have the authority to hire and fire every single employee that we have."

When asked if politics were involved, she turned to the police union and the district attorney.

"The union, that says it represents our officers, don't even have a formalized agreement with the city. As a courtesy ... we allow them to say that they represent our officers. But I think that with that comes a responsibility."

"You claim it's politics, but yet you have someone running for senate at your press conference," she said.

She said she stands by her decision to terminate the officers in the recent use-of-force cases.

I made the decision to fire the officers. Which as mayor, and the CEO of the city, in charge of 8,000 plus employees was my prerogative.

She went on to say that Fulton County District Attorney Paul Howard made the decision to charge the officers, despite several other use-of-force cases sitting on his desk.

The mayor also went on to say during her news conference that all the officers showed up to work on the Fourth of July, despite recent sick-outs. She said when the 8-year-old girl was shot, they showed up.

Atlanta Police tell 11Alive that there were more than 25 people shot during the holiday weekend, including two killed near the Wendy's where Brooks was killed.