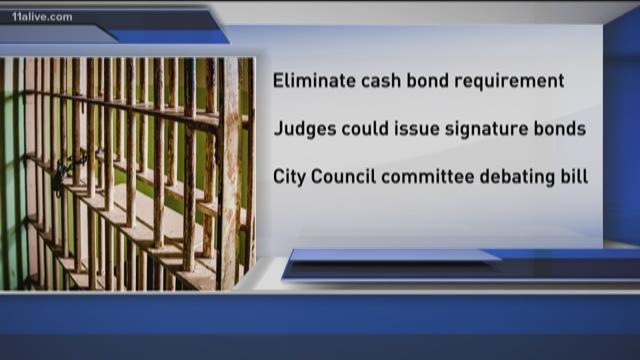 Mere weeks after her inauguration, Atlanta’s new mayor is already proposing legislation that’s turning heads in the city – and the criminal justice system.

Mayor Keisha Lance Bottoms announced on Tuesday that her administration intends to push for the elimination of cash bonds for those jailed in the city. The proposal will apply specifically to those jailed for violation of city ordinances and is the new administration’s push for criminal justice reform inside the city.

“With this legislation, we are affirming that people should not be held in jail because they cannot pay bond,” Bottoms said in a written statement. “We are making a commitment that the City of Atlanta will ensure that no one will be jailed because of their inability to pay.”

Opponents to the decision in the bail bonds community have already expressed concern that the move will lower the ability of courts to hold those jailed accountable removing at least one consequence of failing to make a court appearance.

However, Bottoms counters in her statement that cash bail can result in extended time in jail for otherwise low-level offenses and have “significant impacts” on the lives of those incarcerated – especially those already at a low-income level.

The ordinance was scheduled for discussion during Tuesday’s Public Safety and Legal Administration Committee meeting.

The city's municipal court has since responded to the mayor's announcement and supports the move in question adding that a specially-formed committee had approved a new bond operating procedure.

In it, defendants arrested on "new non-violent state and/or city ordinance offenses" that do not pose a significant threat to the public would be allowed a signature bond to leave jail. However, those who do pose a risk to themselves or others will have their bond determined by a judge within 48-hours as outlined in state law.

The court plans to monitor the updated procedure for the next six months.