APD released bodycam video of the foot pursuit that eventually turned into a bike pursuit. 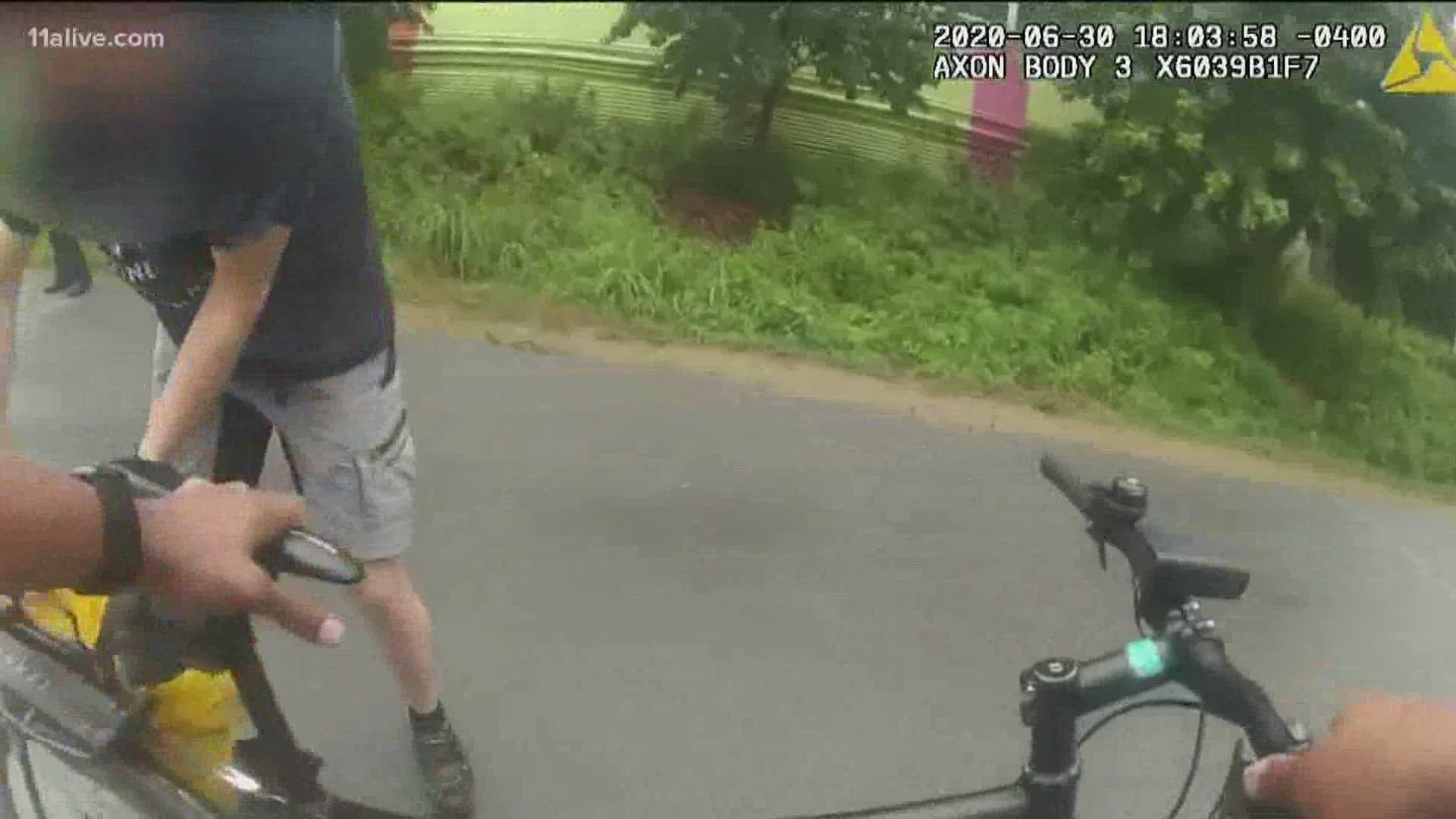 ATLANTA — Atlanta Police used an unconventional, but effective method, to catch a man they said is connected to a murder investigation. The task involved borrowing a cyclist's bike to track down the suspect.

Officers said they were canvassing the area near 830 Willoughby Way NE - the Historic Fourth Ward Skatepark - which is where the crime took place over the weekend. APD said 37-year-old Andrew Scott Callahan was shot to death on the night of June 28.

RELATED: Atlanta Police called to Old Fourth Ward near BeltLine due to shooting

As officers were in the area Wednesday, they said they spotted Fonseca, who immediately took off on a bike and went onto the BeltLine.

Police ran after him. APD released bodycam video of the foot chase that eventually turned into a bike pursuit.

In the video, you can see the officer ask someone along the BeltLine if he could borrow their bike. The person agrees, and tells the officer he will keep his bag.

The officer takes off on the bike, riding along the trail for a couple of minutes before he heads onto the street.

"I've got him in sight," the officer says into his radio. "He's by the Ponce City Market."

He radioed in the description and continued to try to catch up with him, giving his fellow officers more details on the suspect's every move.

You can see the officer riding the bike through the streets.

Eventually, a police cruiser can be seen in the video and police were able to take Fonseca into custody. Authorities said he was arrested near the Ponce City Market without incident.

"We are proud of the work our investigators put into this case and proud of the efforts made by our officers in pursuing and apprehending this dangerous suspect," the news release said. "Additionally, we are grateful for the assistance of the cyclist in loaning us his bicycle."

Fonseca is charged with murder and was taken to the Fulton County Jail. Watch the pursuit below.

Mayor Bottoms: Georgia is paying the price now for 'aggressive' reopening amid pandemic