An Atlanta officer bought a home in the neighborhood she patrols. Then it was attacked.

Suspects used a 'rock and some liquid' to create a kind of firebomb that was thrown through the window of the officer's home. 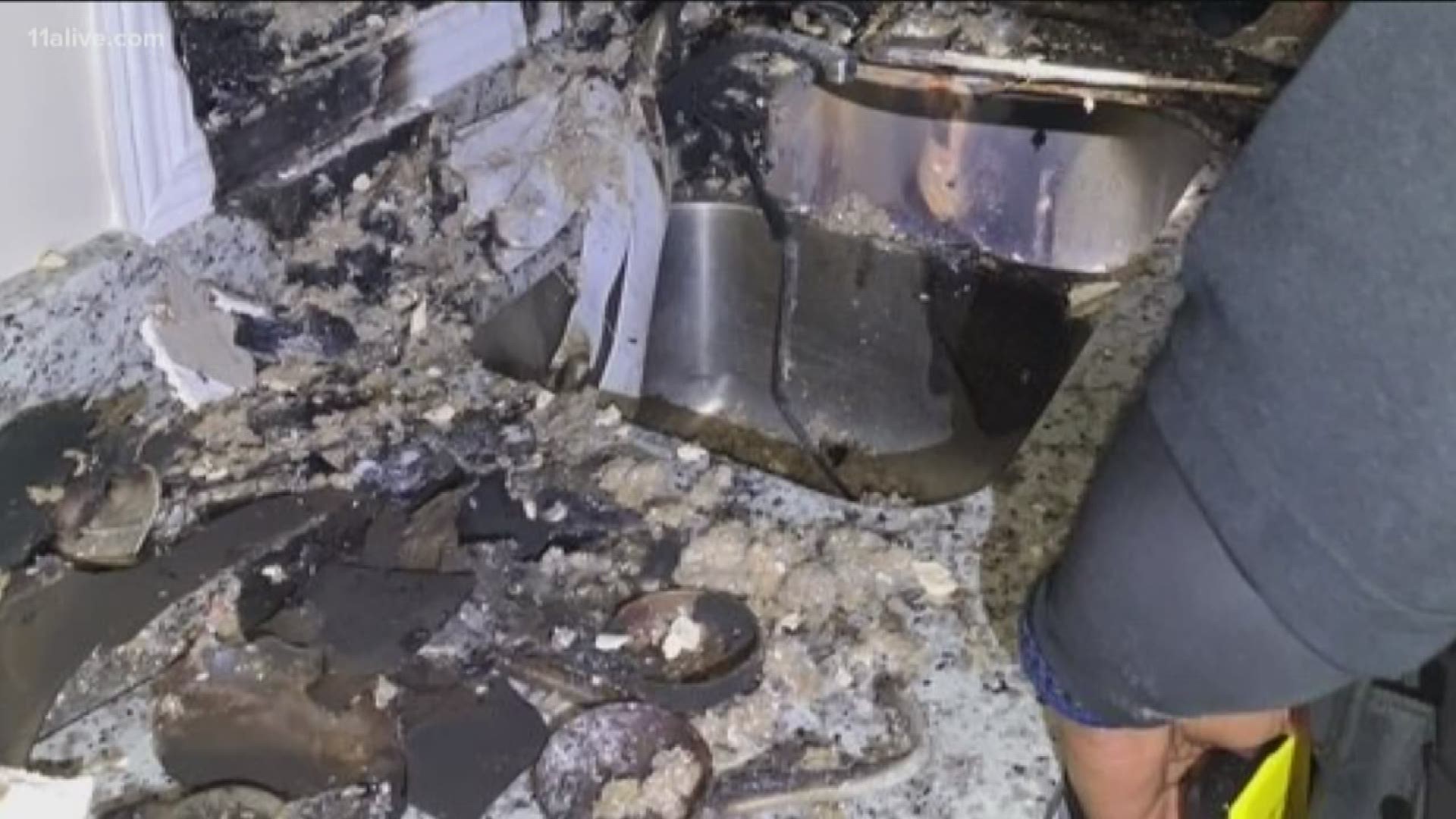 ATLANTA — The officer had only lived in her new house, which she bought to live in the very southwest Atlanta neighborhood she patrols, when, her peers say, someone sent a message that she wasn't welcome.

An Atlanta officer was targeted in a what's believed to be an arson attack, authorities confirmed Friday.

Atlanta Police said around 3 a.m. Thursday that a “rock and some liquid,” to create a kind of makeshift firebomb, were thrown through the window of the officer’s kitchen.

Ken Allen, a retired Atlanta officer and representative for Atlanta officers in the International Brotherhood of Police Officers, said it was a molotov cocktail-style attack.

"Obviously it's a targeting," Allen said. "Obviously its a thing that's going on with her - she's been around the house since the closing, staying there, being in uniform. It's just a terrible tragedy in my opinion."

Allen, who is familiar with the officer's current situation in the wake of the attack and has been helping with fundraising efforts, said she had only been on the force for about eight months.

Still, in that short time, she had shown herself to be exemplary, he said.

"She's just a very top notch quality person. I think that we're very lucky to have her in the department and certainly think that community is lucky to have her as a member," Allen said. "We have officers that are trying to be part of the community. We have people that are literally buying a first home to be a resident, policing in the neighborhood. And that's certainly the community policing that this department is stressing."

To add to the difficulty, the attack occurred while the officer was away and staying with a friend while she dealt with the death of a family member.

"One of the things we say about that, or we feel certainly is good, is not to know what type of additional confrontation that might've occurred had she been home at the residence at the time."

Allen said he was worried the incident would have an impact on other officers thinking of residing in the communities they patrol, but said this particular officer - whose name and address is not being released out of concern for her safety - fully intended to fix up her kitchen and return home.

"I praise her for the way that she's handling the situation, and the fact she wants renovations done and that this is not deterred her a bit from where she's headed to in moving into that neighborhood and being a major part of the Atlanta Police Department like she wants to be," Allen said.

Atlanta Fire Rescue have said they believe the fire was suspicious and are treating it as arson, according to police.

The incident is being investigated.

“We are working diligently to ensure the safety of the officer and bring the perpetrators of this unacceptable attack on a police officer to justice,” police said in a release.