Former Atlanta officers Ivory Streeter and Mark Gardner were fired after the aggressive arrests of Messiah Young and Taniya Pilgrim. 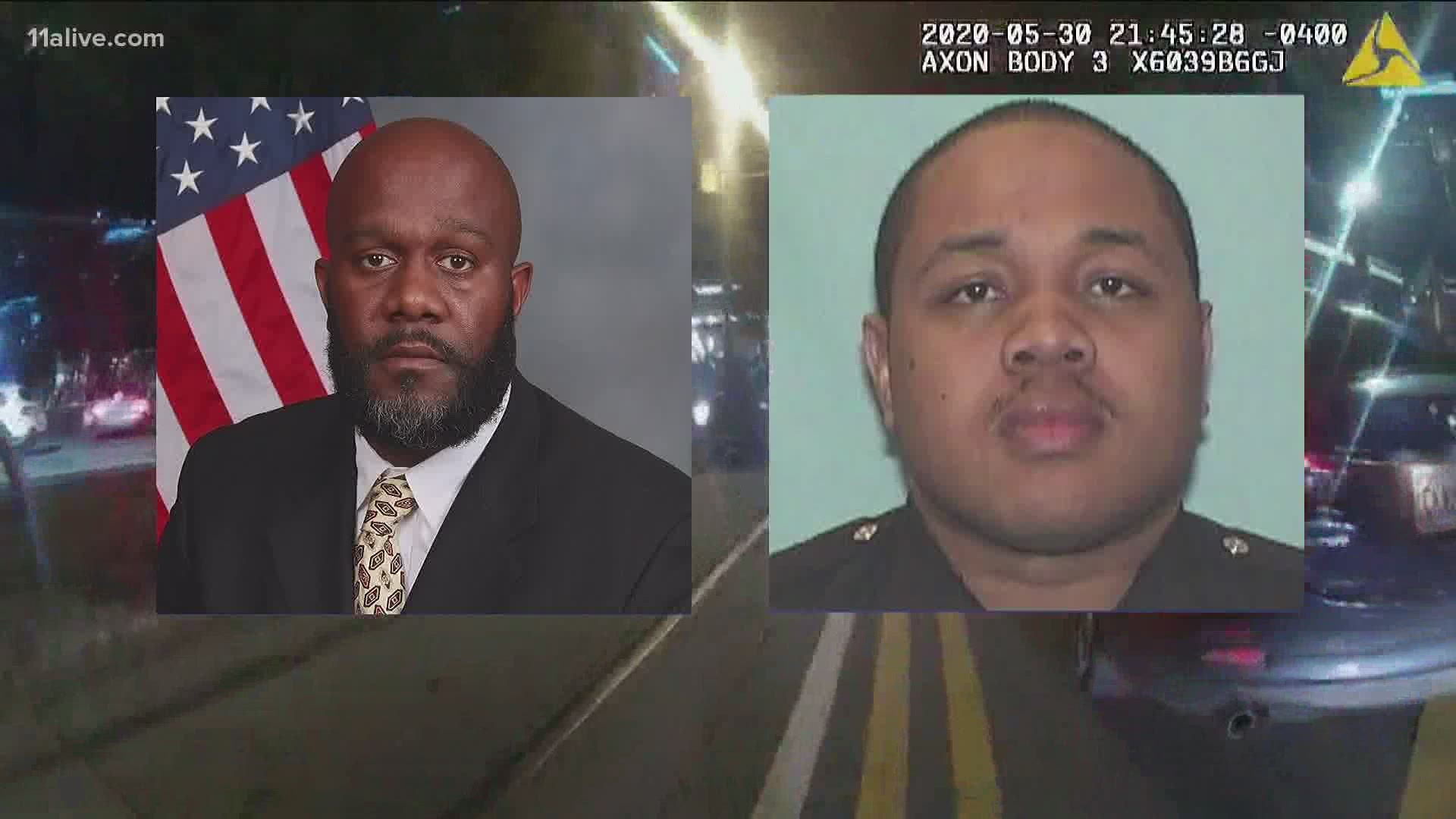 ATLANTA — Two former officers involved in the May arrests of two college students now want a judge to drop the charges against them.

Attorneys for former Atlanta officers Ivory Streeter and Mark Gardner filed a motion on Monday seeking to have them immune from prosecution. Streeter and Gardner were two of six officers charged with excessive force following the arrests of Morehouse student Messiah Young and Spelman student Taniyah Pilgrim.

The motions, filed by attorney Donald Geary, state the officers were acting in self-defense and reacting to the situation unfolding.

The motions accuse Fulton County District Attorney Paul Howard of failing to fully investigate the arrest and interview the officers before charging them. The motions also state Howard charged the officers “just days prior to a primary election where he was receiving a very strong and very competent challenge.”

In addition, the motion says Howard “knowingly or negligently stating incomplete and inaccurate information concerning the arrest” during a press conference 48 hours after the arrest.

A private investigator working with the attorney for Streeter and Gardner said they were referencing Howard’s press conference from days after the arrest. The investigator said, “Howard stated (in the press conference) that there is 'no mention of a weapon by any officer during the incident'”

11Alive went back and reviewed the press conference from June 2.

Police reports show Smith wrote “I then noticed a weapon and I yelled ‘Gun.’"

Smith was not one of the officers fired or charged in connection to the arrest.

Streeter wrote in his report, “I saw a firearm being removed by an officer.”

The motions filed on Monday make no mention of Streeter writing in the original police report that he saw a firearm being removed. However, LoRusso Law Firm, who is also representing former officers involved in the arrest, sent 11Alive a statement regarding Streeter’s narrative.

﻿“There was confusion on the scene due to the gunshots constantly being fired in the area, movements of one of the passengers, and what he saw at the time. He acted based upon his reasonable beliefs at the time.”

At the time of the arrest, former officer Armond Jones, told 11Alive’s Hope Ford, he heard someone yell ‘gun’ on the scene, but later saw what Young was reaching for was a cell phone. He claimed he then told officers to put their guns down before helping to arrest the student.

11Alive requested Jones’ body camera and police report from that night but was told none existed. Jones was also fired and charged with excessive force.

Gardner’s report states he heard someone yell "gun" on the scene as well. A gun was never recovered on the scene according to Atlanta Police.

A representative from Howard’s office told 11Alive the police reports were not considered prior to charging the officers - only the body camera video and the victim statements from Young and Pilgrim.

11Alive asked Howard to comment on the new motions and the accusations of his office failing to fully investigate the arrest and using the arrest for political gain. So far, we have yet to receive a response.