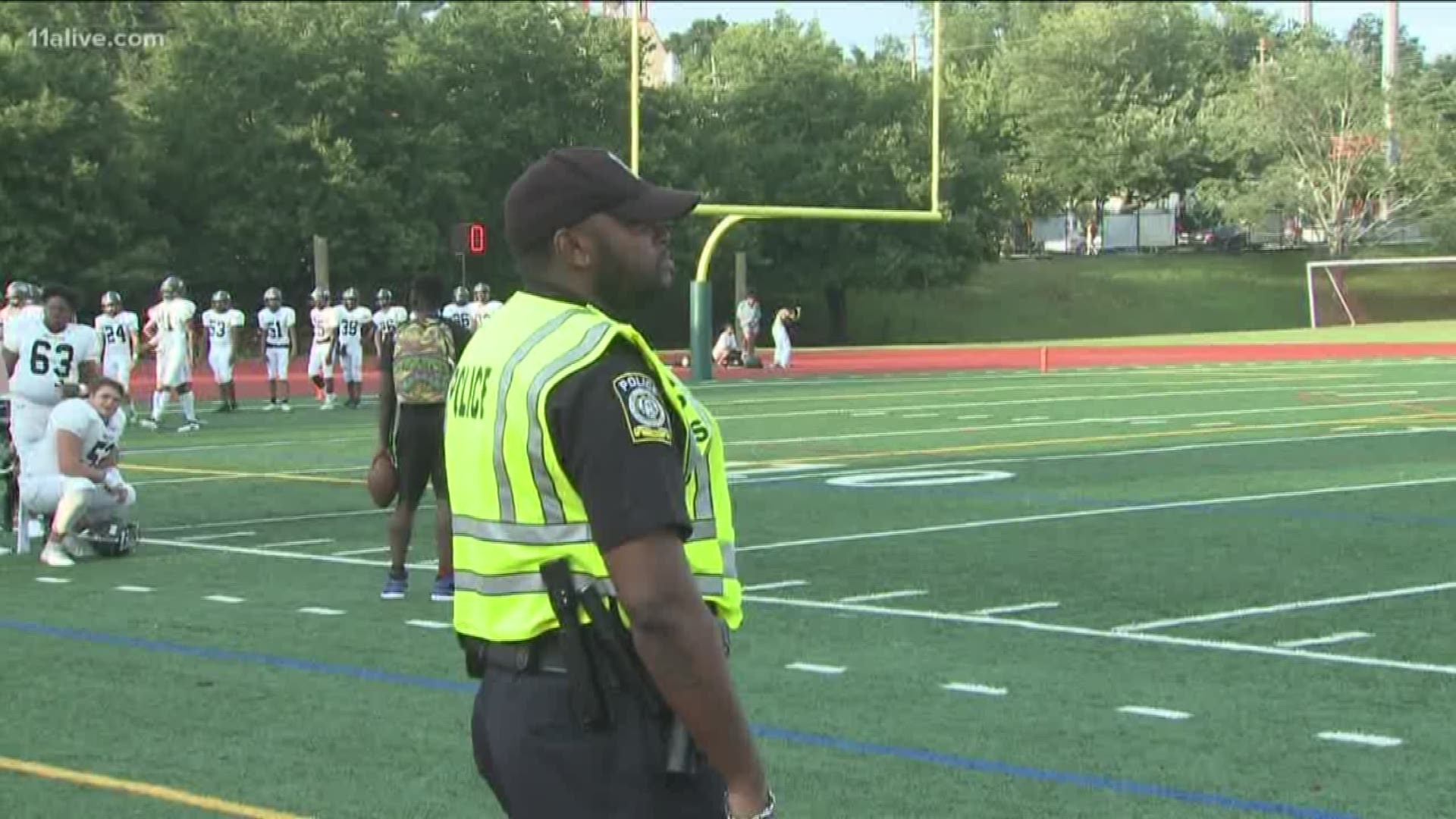 The move comes just a week after a 12-year-old and a 16-year-old were shot following a Mays-Carver High School pre-season game.

Police said they believe the shooting started with an argument that spilled over outside the Lakewood High School stadium and into a neighborhood about a block from the stadium parking lot near Claire Drive and Olive Street.

A district spokesperson said some of the officers' security posts will be adjusted to help monitor people further away from the stadium and to provide officers with more visibility.

“I think they are actually a good thing. Our band performs here six or seven times throughout the year," one high school mom told 11Alive. "I bring my 3-year-old to the game all the time, definitely don’t want to be running down the steps in the cement, you know? And you can never have too many police where you’re at."

“I feel like, after everything that’s happened, they would have more security, so I’m pretty comfortable coming with my friends to see my school play," she said.

The school district is also changing some evening games to daytime as part of the added security measures.