In addition, 114 citations were issued, 29 vehicles were impounded, and four firearms were recovered, including a semi-automatic rifle, police said. 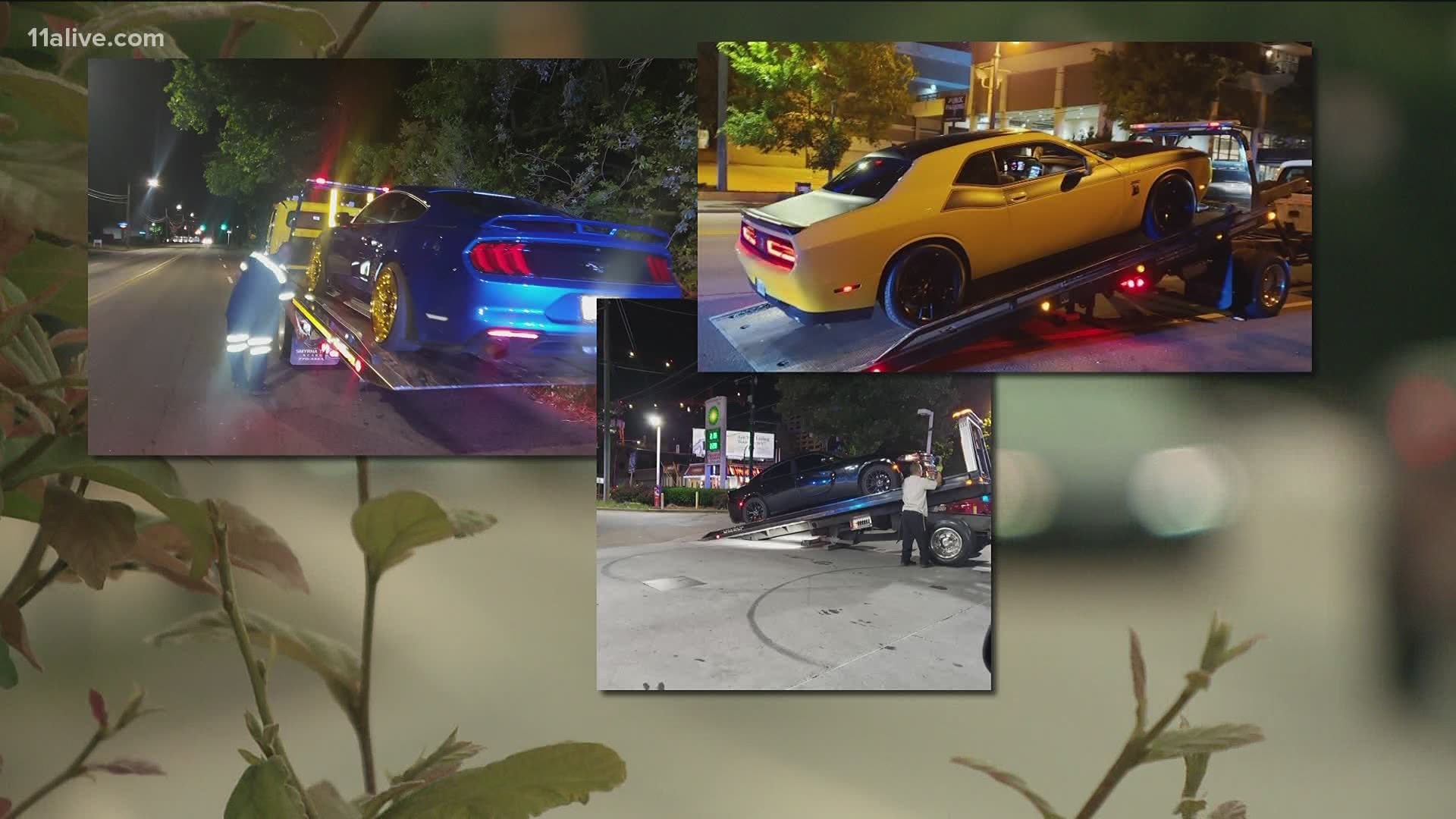 ATLANTA — With fewer people on the roads during the coronavirus pandemic, the Atlanta Police Department has repeatedly said they are dealing with street racing issues.

Over the weekend, they followed through on the "hard stand" they said they would take against the drivers, those who record them and gather in large groups - sometimes even lighting fireworks.

The operation resulted in the arrest of 44 individuals for activities related to street racing. Additionally, 114 citations were issued, 29 vehicles were impounded, and four firearms were recovered, including a semi-automatic rifle.

RELATED: APD says domestic violence crimes up 42% while other crimes down significantly during COVID-19 pandemic

“We pledged to deal with these speeders and reckless drivers who have shown a complete disregard for the safety of others with these dangerous antics,” said Chief Erika Shields. “This weekend, with the help of our law enforcement partners, we made inroads. We will continue to impound, arrest and seek costly fines for those individuals who choose Atlanta for this senseless behavior.”

They said they focused this operation on known hot spots, including interstates and Spring Street in Midtown, and are prepared to continue focusing on these illegal activities as long as needed.

Child dies after being hit by truck in driveway