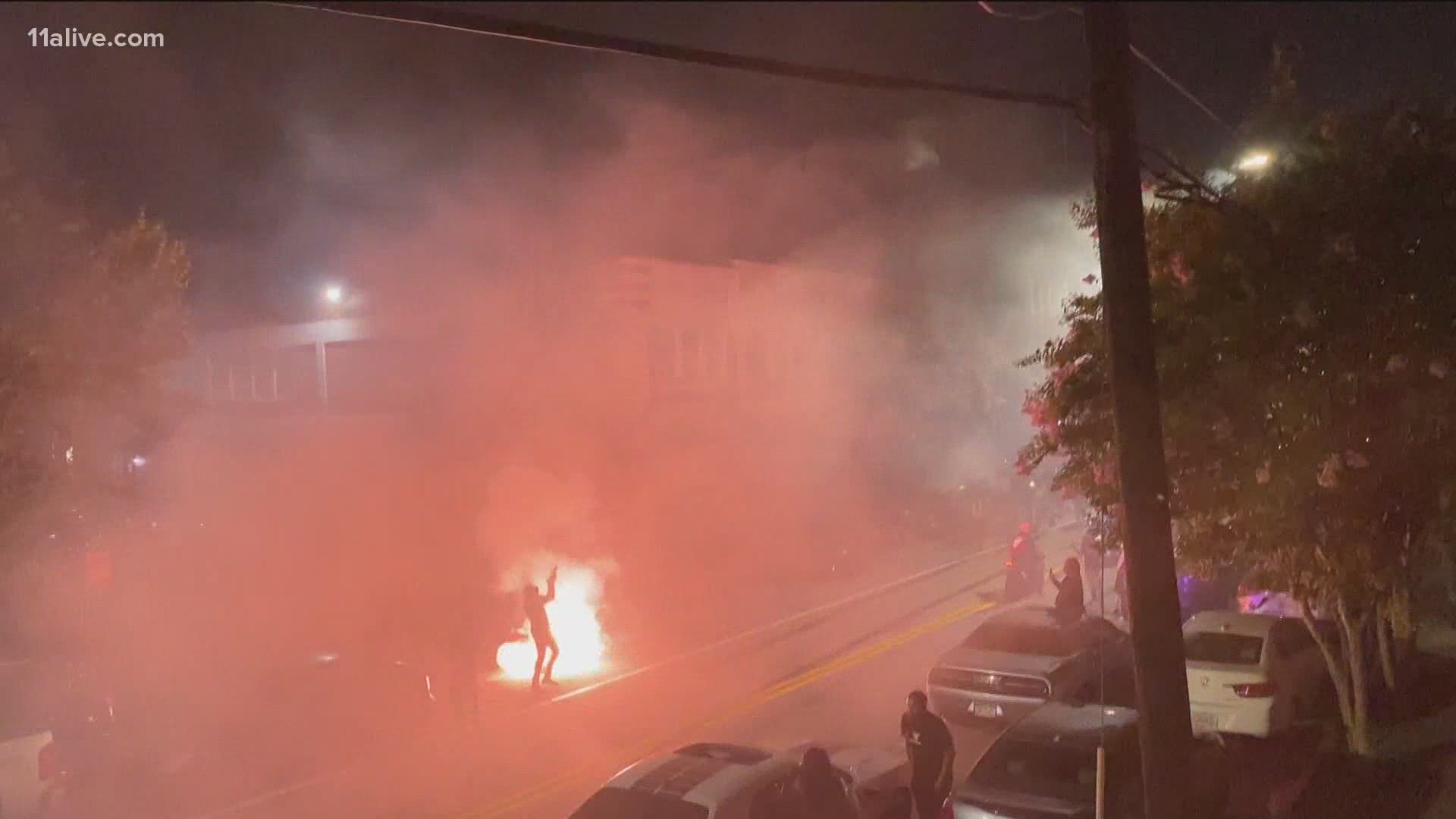 ATLANTA — Gov. Brian Kemp on Sunday took to Twitter to thank several agencies who worked Saturday night in Atlanta patrolling the streets in what appears to be a crack down on the street racing problems in the city.

"We will not tolerate illegal street racing in our capital city," Gov. Kemp tweeted.

He said the traffic stops led to:

It is not clear what roles the different agencies played in this apparent crackdown on street racing.

Thank you to @ga_dps, @Atlanta_Police, @cobbpolice1, @GwinnettSO, @DeKalbCountyPD, and @ClaytonCountyPD for your hard work last night in Atlanta patrolling our roads. We will not tolerate illegal street racing in our capital city! pic.twitter.com/ANC17eTTnZ

A spokesman for the Atlanta Police Department, Officer Steve Avery, said the response overnight was not part of a specific operation to target street racers, but that they are addressing an ongoing street racing problem.

Street racing continues to be an issue in the city, despite an improvement, Atlanta police officials said last week. They said in total, as of last week, they have made 459 arrests related to street racing since late February of this year.

Incidences of racing, drifting and sideshows, usually involving a number of cars blocking traffic while others spin donuts, have been on the rise during the pandemic.

"Reckless driving and street racing has become a growing issue and the APD is very aware of the community’s concerns. Reckless behavior like this has no place on the streets of our city and we will not sit back and allow it to occur, unchallenged," Avery said.

Earlier this month, DeKalb Police announced 23-year-old Kristopher Repka, whom they described as "well known in the street racing scene," was arrested.

The Georgia State Patrol also announced the arrest of three people who had blocked Interstate 85 near Interstate 285.

A coalition representing tens of thousands of fed-up Buckhead residents released a proposed city-wide crackdown, telling the city that enough is enough. It includes proposed penalties of a $1,000 fine for the first offense, and $500 for each offense after that, against everyone involved. The initial proposal calls for impounding the vehicles for at least 14 days.

"Through the use of technology, our discretionary units, increased enforcement activity in problem areas, and with assistance from our local, state and federal law enforcement partners, we will be addressing these illegal activities," Avery said.