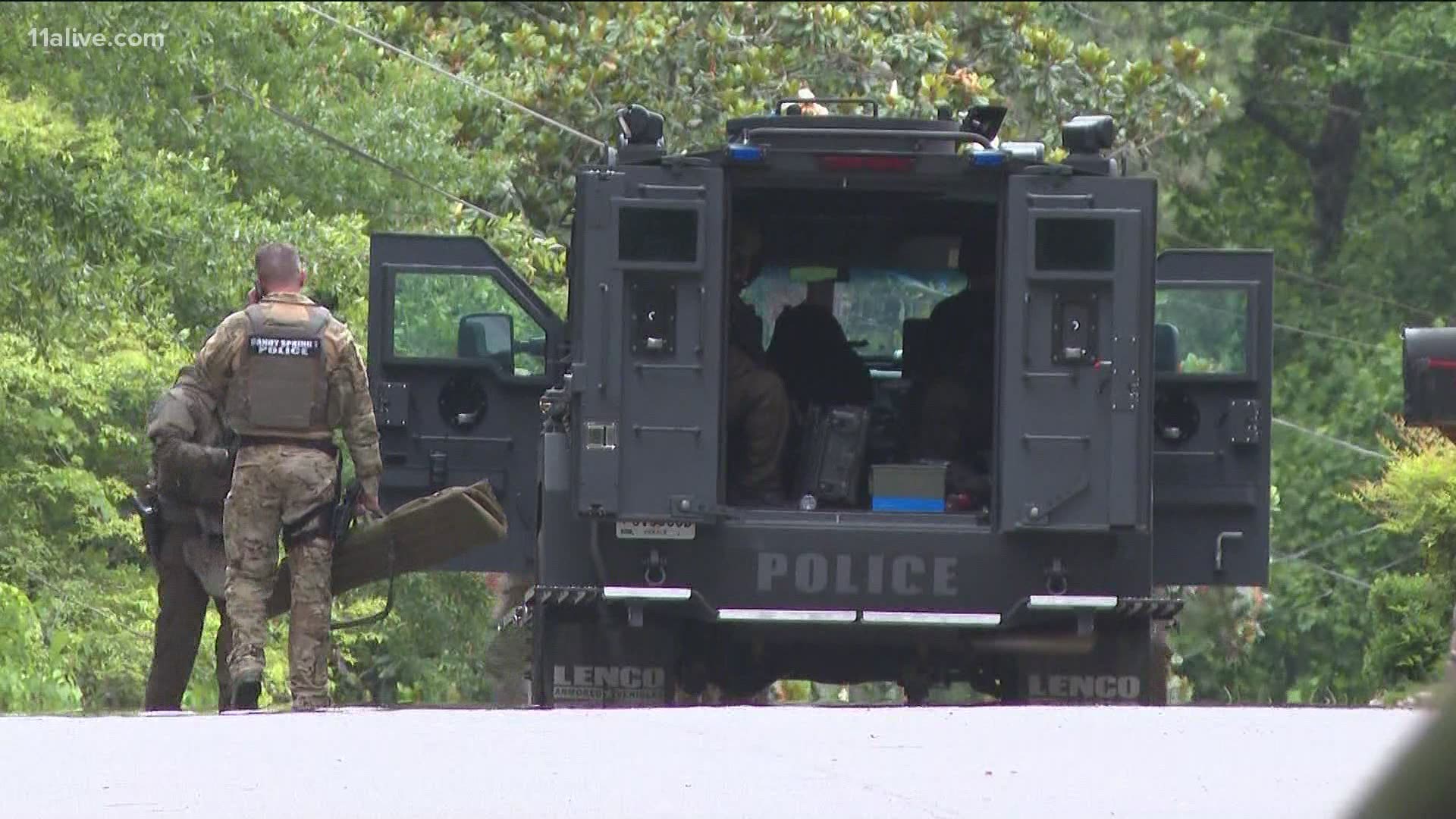 BROOKHAVEN, Ga. — Authorities in Brookhaven say a man suspected of two assaults who later barricaded himself in a home on Saturday has been found dead.

Brookhaven Police had previously been responding to the assaults of two female victims in the 1800 block of Commons Circle. Police said one of the victims was a relative but the other had no relation.

Police soon secured warrants for the man on charges of false imprisonment, two counts of battery, and a count of cruelty to children in the third degree.  However, further investigation led police to the 1800 block of Colt Drive.

Police said they surrounded the home where they believed the suspect was and attempted to contact him in multiple ways. Having no luck, police called in North Metro SWAT officers to assist them.  According to Brookhaven Police, crisis negotiators were also working to bring the suspect into custody safely.

But when further attempts to contact the man were unsuccessful, SWAT officers went inside where they found the suspect with a gunshot wound they believe was self-inflicted.

Brookhaven Police, in a statement, said that no officers discharged their weapons and no officers had made contact with the man before he was found dead.

Meanwhile, police said the victims of the incident are recovering. One had injuries police believe were not life-threatening; however, she was taken to an area hospital for treatment. The other was treated at the scene.

Brookhaven Police have since contacted the Georgia Bureau of Investigation to request crime scene specialists to help process the scene. With the incident now under control, police said any previous requests for residents to shelter in place or evacuate are now over and residents can return.