Attorney Page Pate spoke with 11Alive regarding the recent viral video to break it all down. 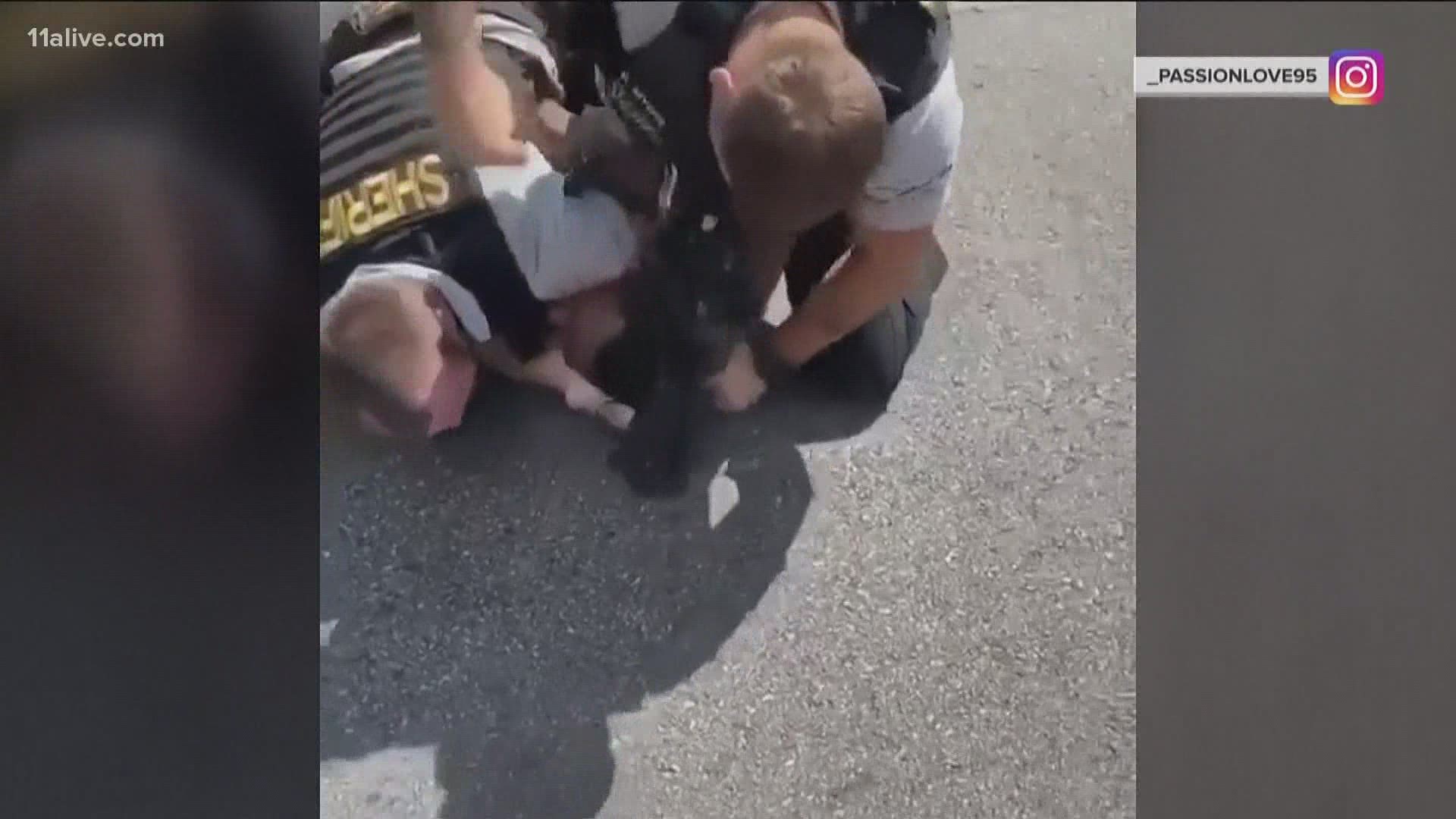 CLAYTON COUNTY, Ga. — A viral video of a controversial Clayton County arrest continues to be a budding topic that has left many people with questions.

Roderick Walker was arrested after the driver of the car he was in was pulled over - allegedly for a busted taillight. At some point during the stop, the officer asked for Walker's identification and things began to escalate. In the video, one of the officers punched Walker in the face several times.

The deputy seen punching Walker in the face has since been fired.

Page Pate, an attorney who isn't connected to the current case, spoke with 11Alive regarding the recent viral video to break it all down.

1. Does an officer have the right to request the identification of a passenger if the driver is pulled over for a traffic violation?

Pate: "There’s no law in place, it’s a question of interpretation. What is reasonable? You can absolutely pull a car over if you have reason to believe there is a traffic violation and obviously those passengers are going to be detained too."

Pate said the District Attorney ultimately decides if the officer had a good enough reason. However, he said if the officer reasons don't hold up it will affect everything else that happened after that.

Pate: "Either the detention of the passenger for identification is legal or it's not, everything the officer did from that point forward to hold on to Mr. Walker even aside from punching him in the face, just holding on to him is a crime. It’s battery, it's false imprisonment."

2. Can Walker legally be released since the officer has been fired for excessive use of force?

In a press release, Sheriff Victor Hill stated that Walker has outstanding warrants in other counties. His attorney needs to resolve those warrants before he can be released.

"Walker has a felony probation warrant out of Fulton County for Cruelty to Children, Possession of a Firearm by a Convicted Felon, and a Failure to Appear warrant out of Hapeville which resulted in Magistrate Court denying him a bond.  Mr. Walker’s legal counsel will have to resolve these issues to secure his release," Hill wrote.

3. Does the officer being fired so quickly have an impact on potential lawsuits?

Pate: "Normally, if that officer is still employed by the county then the county is going to step up and defend the officer in the case and pay any damages, but if they’ve cut ties with that officer they’re basically saying he’s on his own. So Clayton County is not responsible for this ... that officer is and you want to go after someone, go after the officer and we’re not backing him up."

Pate said that people don't usually have the same insurance and assets that counties have that are worth going after in a civil lawsuit.