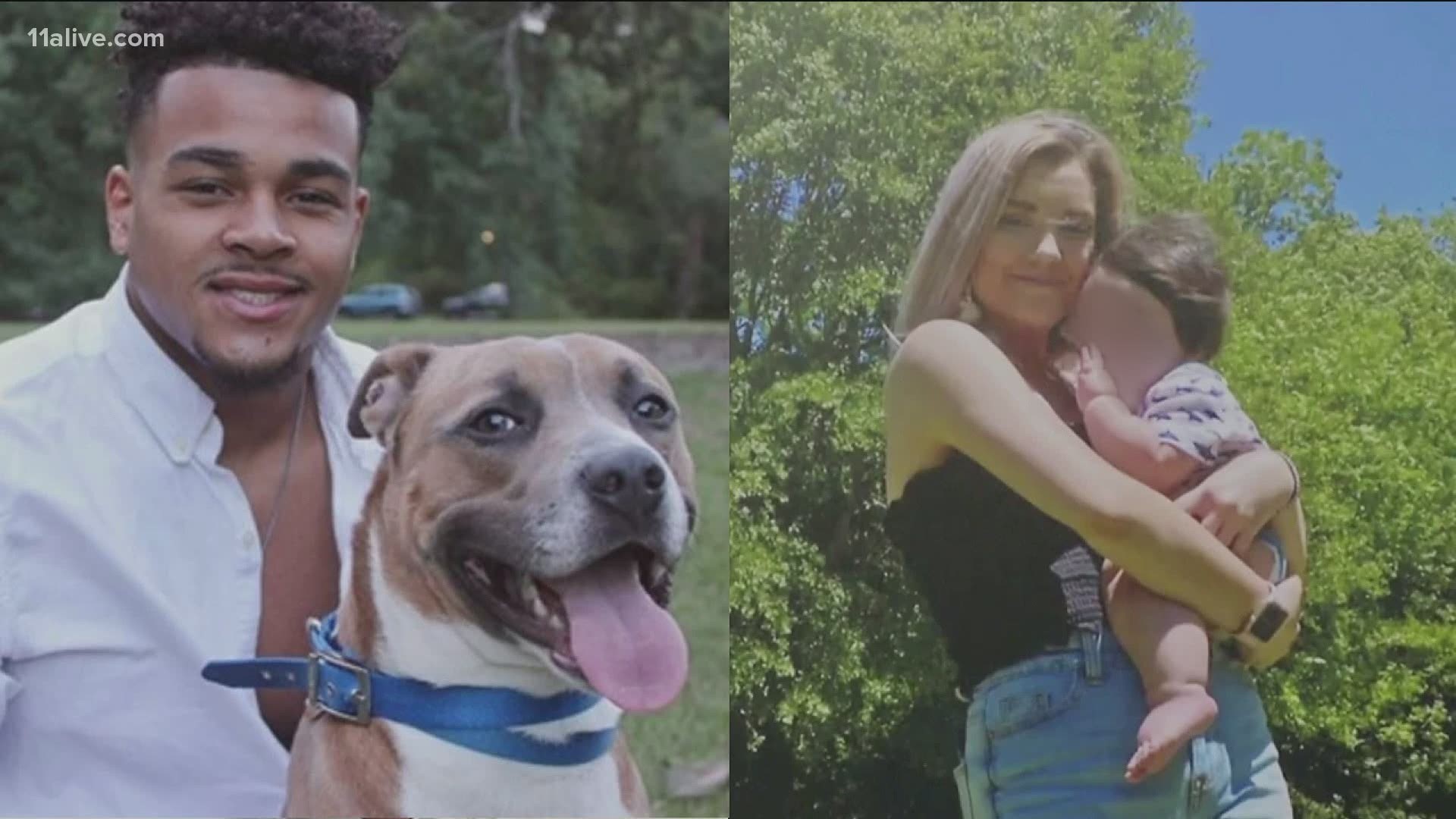 STATESBORO, Ga. — The legal team for a man accused in the death of a high school student said he was defending his life against an attack by others.

Twenty-one-year-old William 'Marc' Wilson is charged with aggravated assault and felony murder in the June 14 death of 17-year-old Haley Hutcheson. At the time, Statesboro Police said witnesses and 'persons of interest' told them Hutcheson was shot while riding in a truck with other people.

A press release reads, "the warrants were a result of detailed investigative work, forensic findings, and tips from civilians."

Detectives told Savannah TV station WSAV, they did not believe the shooting was random.

However, attorneys for Marc Wilson accused investigators of not taking the account of Marc, his girlfriend, or other witnesses into consideration.

"It was 12:30 at night, the two (Wilson and his girlfriend) were returning from Taco Bell when they were accosted by a truckload of people yelling the n-word, your lives don't matter, calling his girlfriend a n-lover," said attorney Francys Johnson. "They continued to use their truck, which is much larger than Mr. Wilson's small, Ford Focus, as a dangerous weapon, and attempted to run him off the road, before Mr. Wilson took the action that he took and defended the lives of him and his girlfriend."

It has been reported that Marc fired a warning shot, which struck and killed Hutcheson. Johnson said Marc was unaware the bullet hit anyone at the time, much less, resulted in the death of a teenager.

The attorney added the people in the truck were charged with offenses not linked to this case, and the truck was not impounded. He alleged several of the investigation steps were not properly conducted.

When asked by 11Alive if there was video evidence to support the claims, Johnson said his team is currently reviewing surveillance from the area, but the shooting took place late at night in a pitch-black portion of the road. His legal team did not say if they believe Hutcheson was a part of the alleged attack or an innocent passenger in the truck.

During a Zoom call with news outlets, Johnson was joined by activists and other members of the legal team who pledged to defend Marc.

Also on the call, Marc's parents, Amanda and Chief Pat Wilson, who described their son as a strong Christian with a good heart, who was raised to be a law-abiding citizen.

His father, Chief of Coweta County's Fire Services, said his son's arrest broke his sense of trust with law enforcement.

"Marc has been painted to be something he is not. It’s like his story was not even heard. He was immediately charged with this heinous crime but he was trying to protect his life and his girlfriend," said Pat.

Amanda, Marc's mother, wiped tears from her eyes and could barely get through her statement, saying her heart breaks for Hutcheson's family.

“As a mother, I know that it must be very hard to know what the Hutcheson family has had to go through, but I know that had the roles been reversed and Marc did not react the way he did, we would be mourning the loss of two lives and it would be his and his girlfriend," she said.

Mawuli Davis, of Decatur-based Davis Bozeman Law Firm, said the young man should not be charged with a crime, and the death of Hutcheson is a result of the people driving the truck.

Davis said his client had a right to defend himself, and Stand Your Ground should be considered in this case.

Tamika Middleton with the Southern Center for Human Rights and the Just Georgia Coalition said laws like Stand Your Ground are not applied equally among Black and White communities.

"What's happening to Mr. Wilson is shaping up to being a public lynching," he said. "We're committed to looking at the racial disparity in use of the force, because if Black people cannot stand their ground as well, then nobody should be able to. But, we know Georgians deserve to be able to have equitable use of the law."

Members of the legal team said investigators painted him as a criminal from the beginning and accused their client of being a member of Antifa.

Johnson defended his client, saying the shooting was not the result of racial bias on Wilson's part, since both his girlfriend and his mother are white women.

Johnson further accused police of creating a deceptive narrative of the situation, by "parading the family who suffered the loss of their child" in front of the media with a picture of their daughter, asking for information in the killing, although he claimed Wilson was, at the time, cooperating with the investigation.

Hutcheson's family members told WSAV at a June 17 press conference, that they were shattered, and described Haley as a loving, typical scrunchie wearing girl. The family said they hold no hate in their hearts but want justice.

At the same news conference, Breanna Ernst, Hutcheson’s sister, said she never imagined life without her little sister. She described Hutcheson as her confidant, best friend, and someone she thought she could protect.

A preliminary bond hearing has been set for Marc Wilson on Tuesday.