Gunfire was exchanged when a KPD officer confronted a student with a gun at school. The student was killed & an SRO was wounded. 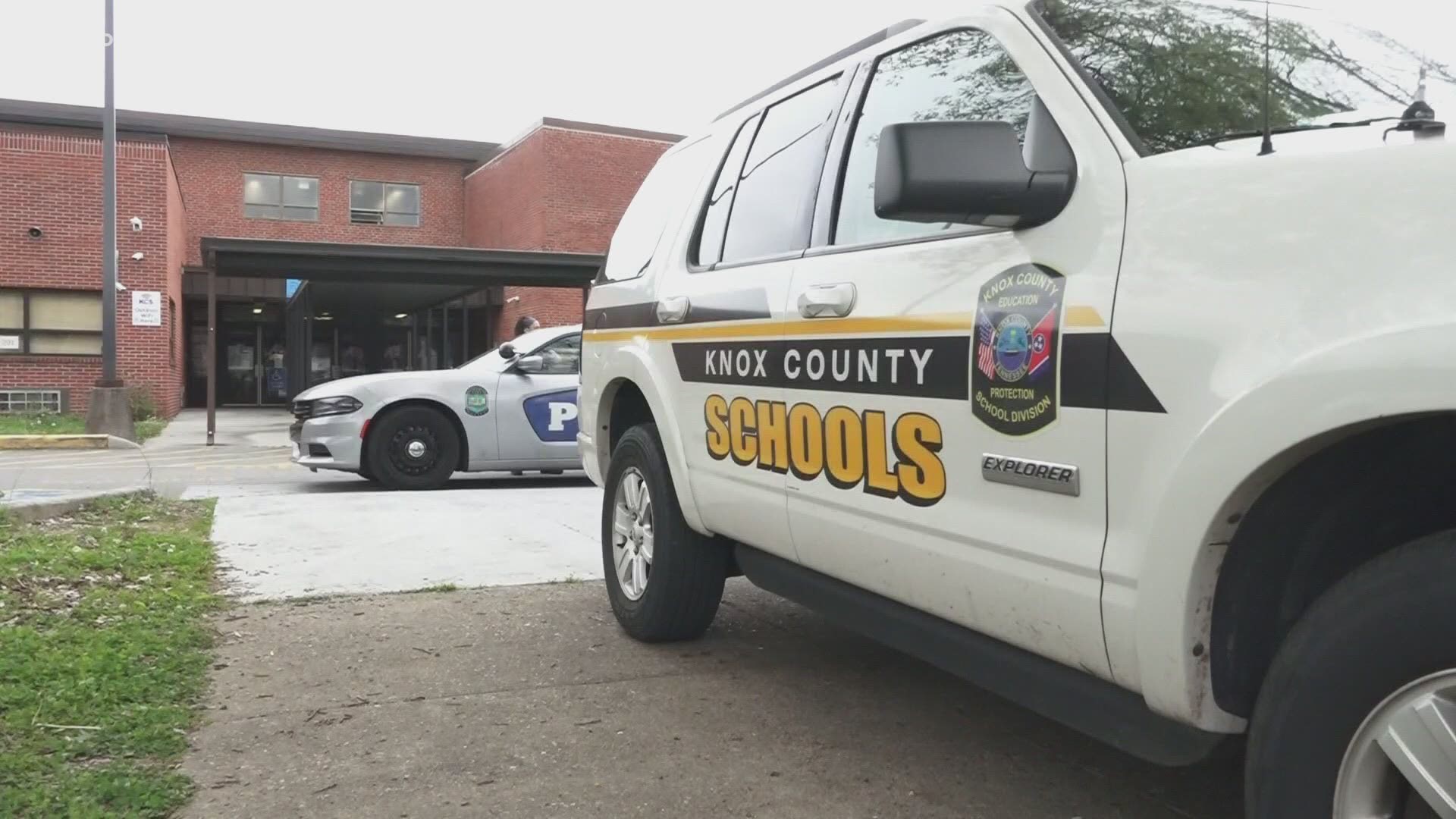 KNOXVILLE, Tenn. — UPDATE (April 14, 2021): The Tennessee Bureau of Investigation released preliminary details in its investigation into a deadly officer-involved shooting at Austin-East Magnet High School, saying the student's gun was fired but did not strike the school resource officer that had been wounded in the exchange.

According to the TBI, Thompson's handgun was fired during a struggle after officers responded to reports of a student armed with a gun and located him in a restroom.

The TBI said the student's gun was fired, which was followed by officers firing two shots. 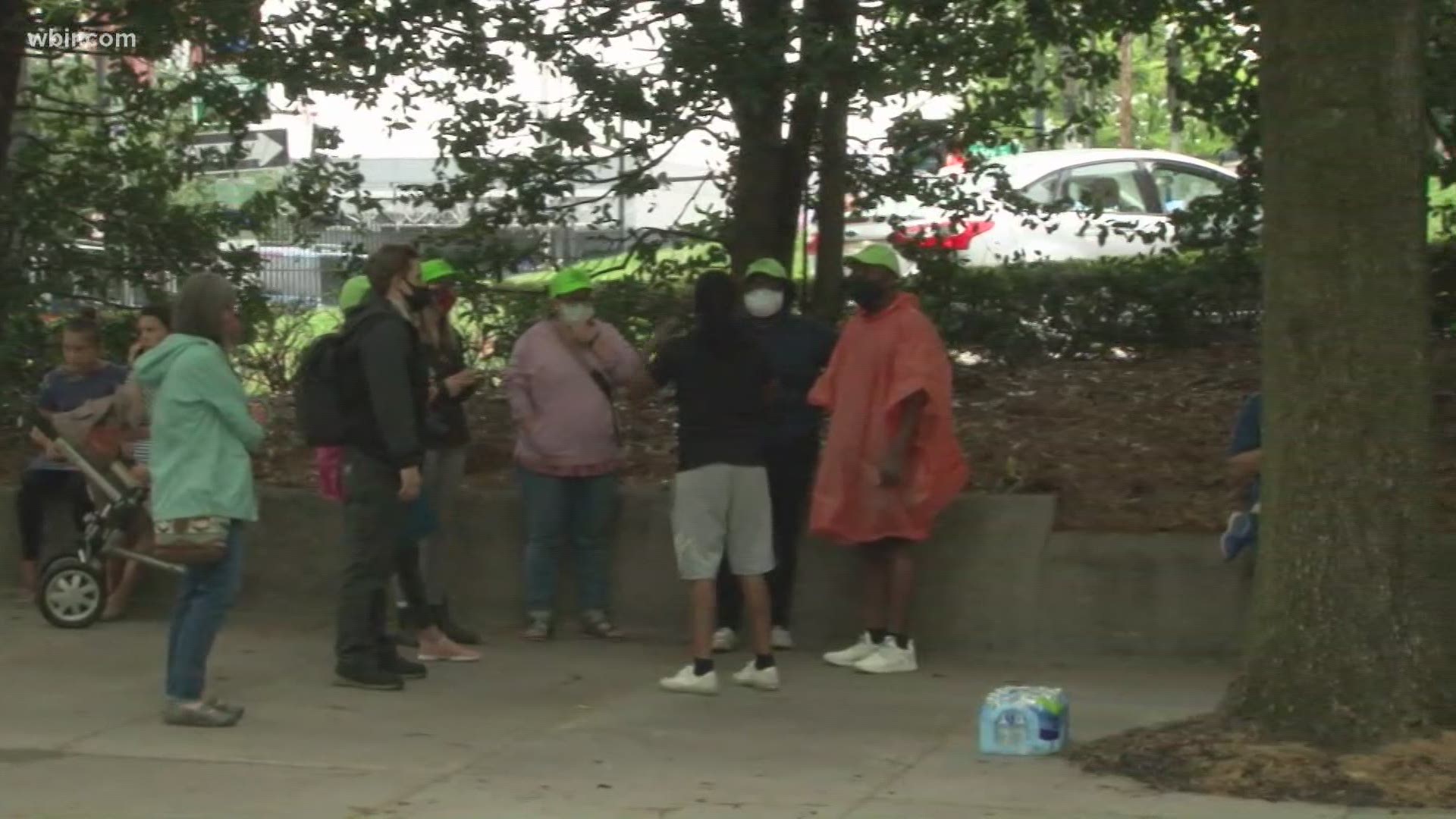 Officer Adam Willson had been wounded in the incident, but the TBI said preliminary examinations revealed the bullet that struck him was not fired from the student's handgun.

According to the TBI, Thompson was hit by gunfire and later pronounced dead.

BREAKING: The student killed at Austin-East Monday was Anthony Thompson, Jr, 17, who went by 'Ant.'

Per the TBI: "preliminary examinations indicate the bullet that struck the KPD officer was not fired from the student’s handgun."

Austin-East was closed on Tuesday and will also be closed though Monday, April 19 to allow healing. Students will return to class for online-only learning on Tuesday, and are scheduled to return to the school next Wednesday. Knox County school officials said counselors would be available at the school for anyone who wanted to talk.

The TBI is leading the investigation into the shooting, which happened around 3:15 on Monday, April 12, as school was dismissing.

Investigators said officers were responding to a report of a male student with a gun. When they located him inside of a restroom and ordered him to come out, he refused. When officers went inside, the TBI said Monday the student fired a gun.

The TBI said one officer fired back.

KPD identified the officer who was wounded as Officer Adam Willson, a 20 year veteran of KPD and currently the School Resource Officer at Austin-East. He had surgery Tuesday morning at UT Medical Center and is expected to recover. He was released from the hospital on Friday, April 16.

Knox County Schools addressed security and safety at the school, saying it is working to ensure students at the school will be safe when they return on April 21.

Knoxville Mayor Indya Kincannon said Wednesday she supports publicly releasing redacted footage of the incident when it's legally allowable to do so, but said the Knox County District Attorney General's office denied the city's request Wednesday, citing the ongoing investigation.

A community in mourning

The Austin-East community has had to deal with a tremendous amount of loss in recent months. This is the fifth current or former Austin-East student involved in a shooting just this year.

Police believe A-E student Justin Taylor, 15, was accidentally shot in January by an older teen friend, who was later charged.

Stanley Freeman Jr. was 16 when he was shot to death as he was leaving school in February. Two other teens are charged with lying in wait for Freeman and shooting him.

Jamarion "Lil Dada" Gillette, 15, a former student, was found shot and injured on Cherokee Trail on March 10. He later died at the hospital. No arrests have been made.

Now a fifth student has died inside the halls of Austin-East Magnet High School.

City, school, police and community leaders have all vowed to work together to stop the violence, but so far, nothing has been enough.

Students at the school have lost their classmates and any sense of security they may have had. Some parents have told 10News they are terrified that their children may be next. They want something to be done, but no one can seem to agree on what could have an impact.

Some community members gathered outside the school Tuesday to talk about what could be done and to pray for the community. A city-wide prayer service is scheduled for 6 p.m. at Overcoming Believers Church.