Timothy Selmon was charged by the U.S. Attorney's Office for being a convicted felon in possession of ammunition. 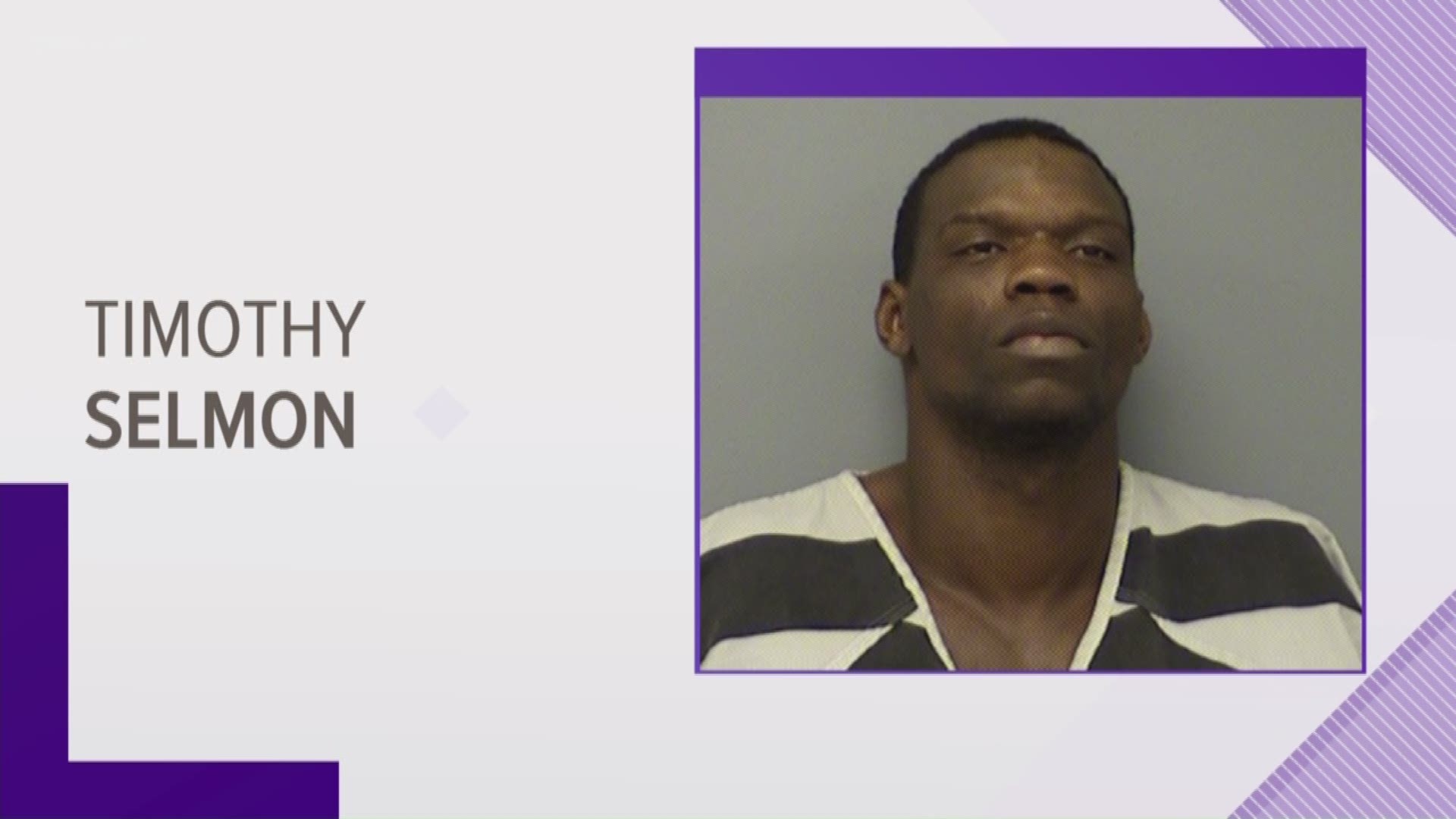 AUSTIN, Texas — A man has been arrested after he allegedly tried to create a "hoax" bomb in North Austin Wednesday night.

According to Austin police, a store employee at the Walmart near Interstate Highway 35 and US 83 reported seeing a man building a bomb inside a bathroom. That employee then called the police around 9:30 p.m.

"Loss prevention saw an individual with a PVC pipe adding something into it, which he believed possibly was a pipe bomb," police explained.

The man, who was later identified by police as Timothy Maurice Selmon, 33, then allegedly left the store and walked to a bus stop nearby.

Police later reportedly found Selmon on a Capital Metro bus in the Walmart parking lot. Police said they found a device where Selmon had been sitting and shotgun shells inside his jacket pocket.

"Based off a comment that was made, they believe that individuals may have been in danger at the time so they immediately detained the subject and evacuated all the people that were on the bus," police said.

No one was hurt and officers said the Austin Police Department Bomb Squad didn't find any legitimate bombs.

According to the U.S. Attorney's Office, Selmon has two prior convictions for felony burglary – one in 2014 and one in 2008 – and one felony conviction for manufacture/delivery of a controlled substance in 2008.

Selmon was arrested and taken to the Travis County Jail and charged with possession of a hoax device, which is a Class A misdemeanor. Additionally, Selmon was charged by the U.S. Attorney's Office for being a convicted felon in possession of ammunition.

If convicted by the U.S. Attorney's Office, Selmon could face up to 10 years in federal prison. The office expects Selmon's initial court appearance to take place on Friday.

This is an ongoing investigation, but police believe this was an isolated incident.

What is a Blue Alert and why did my phone just go off?

'I shoulda stopped.' Jurors hear Sharon Carrillo describe how she beat her daughter to death